Sex and the City Season 1, Episode 2, Models and Mortals:

"Cute doesn’t cut it" says Carrie as she discovers a new species of men who only date models, aka modelizers. Men don't want cute, they want beautiful and sexy. Evolutionarily this makes sense: implant seed in healthy, strong, fertile mate. A model who maintains a topnotch physique, which enables her to bear millions of offspring, and who exudes sexy pheramones out of every orifice, which signals her fertility, fits the Darwinian rubric pretty damn well.

Cute is a double-edged sword. It is the nice way of describing a girl who is not hot. Or it is the sweet term tossed around during those early stages of puppy love. To me, it has always been a deterrent rather than an endearment. In college I was the victim of this verbal gauntlet. Just because I had a baby face, a petite body, and an infectious smile, I got written off as cute. What I feared most about being branded cute was not being taken seriously by guys, by my peers, or by my professors. 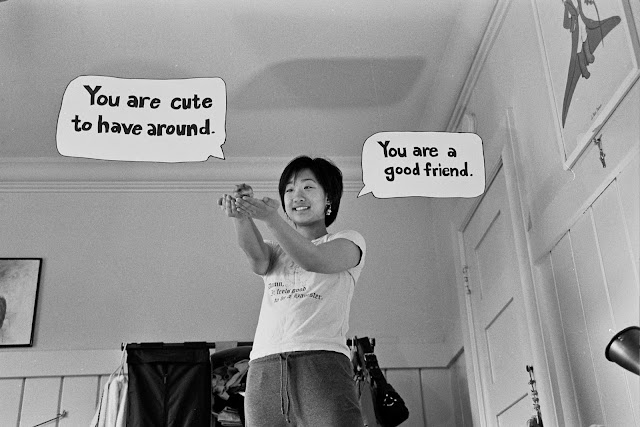 So how have the cute girls survived this long?


We have survived this long because although we lack the physical evolutionary qualities, we have the one dominant social trait. We are approachable and nonthreatening. Cute inherently connotes a lovability. In chinese, cute is 可爱 (ke ai) which literally translates into worthy of love. Yes we all grow up wanting to have the pulchritude of Grace Kelly and the eros of Marilyn Monroe. But Mr. Big put it best. In a sea of beautiful women, when beauty is so fleeting, "you just want to be with the one who makes you laugh."