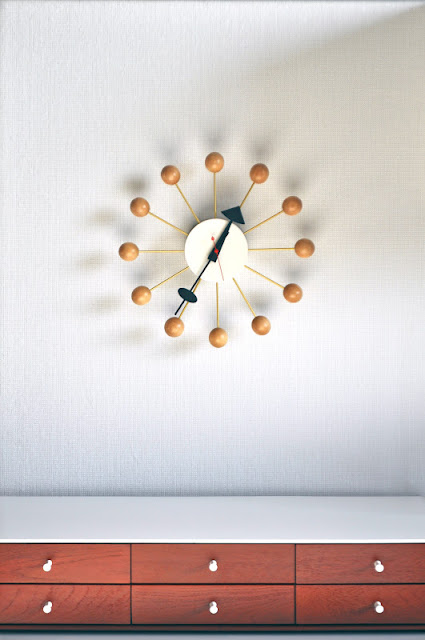 Earlier this week, Junette and I went to the Herman Miller showroom in Culver City for an event (see flyer --->) which at first seemed like a marketing ploy, but as the evening went on, evolved into something quite informative and inspirational. They showed an interview of Bill Stumpf who designed the Aeron chair that I sit on everyday at the office. In the interview, he stressed the importance of playfulness which I then began to notice in all the pieces scattered around the showroom. I realized playfulness is what gives each design spirit and transforms it from beyond just being an object. 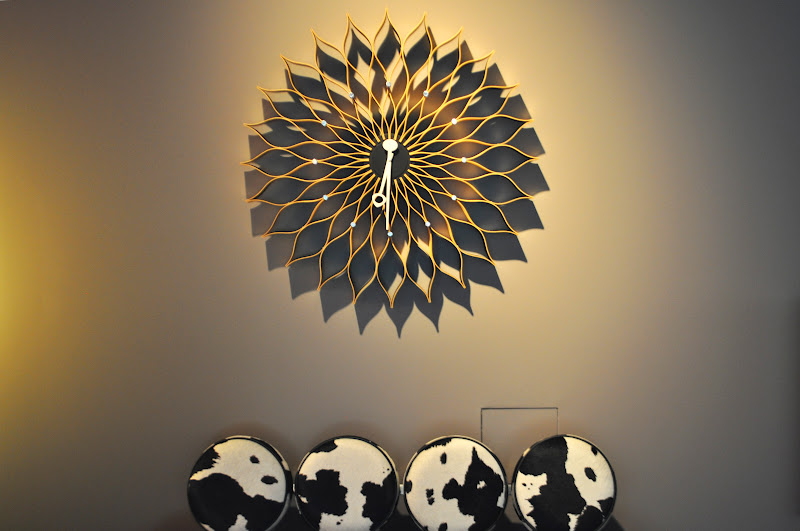 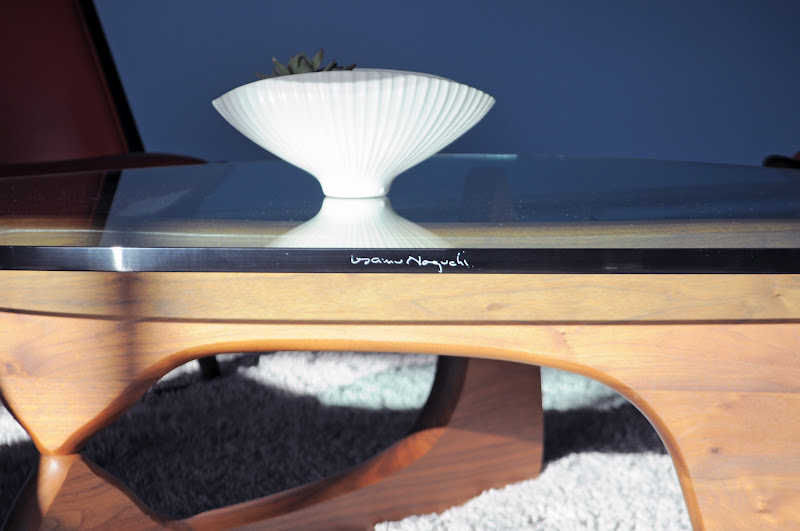 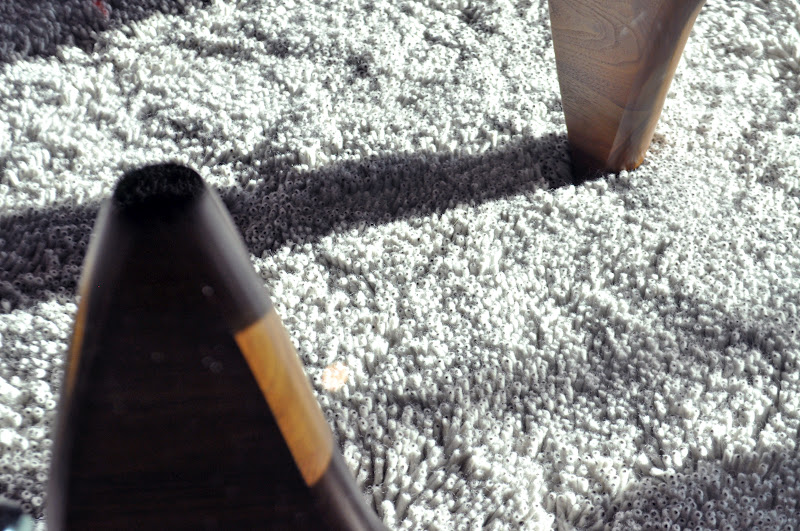 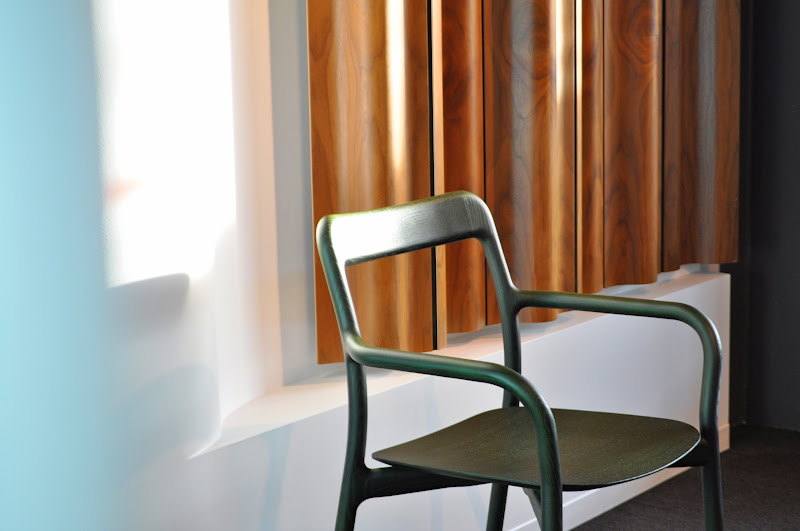 "Americans in particular are obsessed with utility and purposefulness. And the play element has been reduced or taken away from adult life. As a result, we wind up living fast food and working extra hours, and never doing the things that are gratuitously difficult, like wrapping a present or dressing up or polishing the silver for Thanksgiving. There’s wisdom in purposelessness. There is no purpose except the joy of doing it."
-Bill Stumpf
JUNETTE 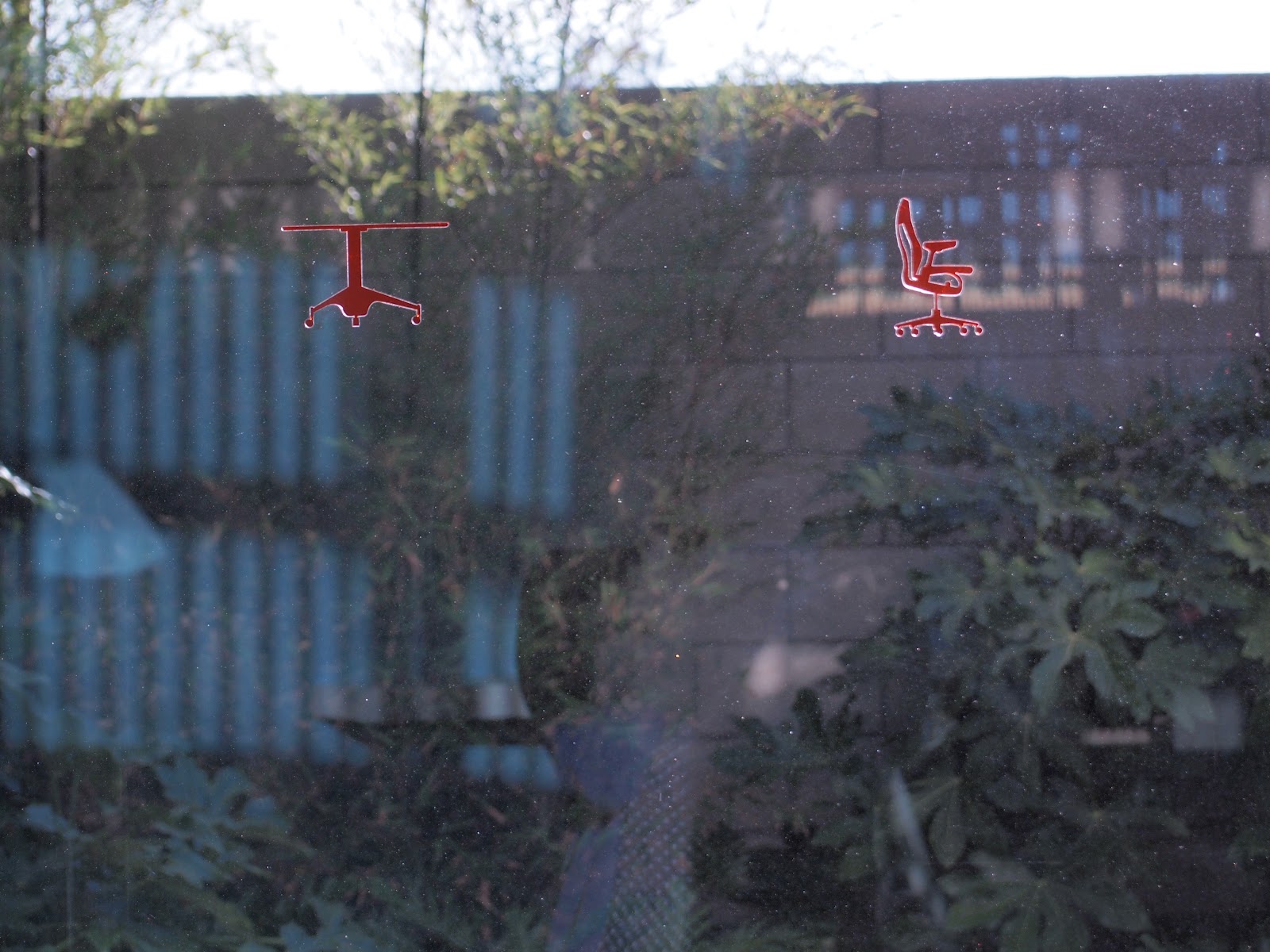 What is Herman Miller? What do they sell? Simply - tables and chairs. Their designs are simple and modern, but every furniture lover knows the Herman Miller classics: the Eames lounge chair, revolutionary ergonomic chairs, and Eames Eiffel chairs...

On Tuesday, we visited the Herman Miller show room in Culver City for a special event designed to make you want to work at Herman Miller & covet everything they have ever produced. 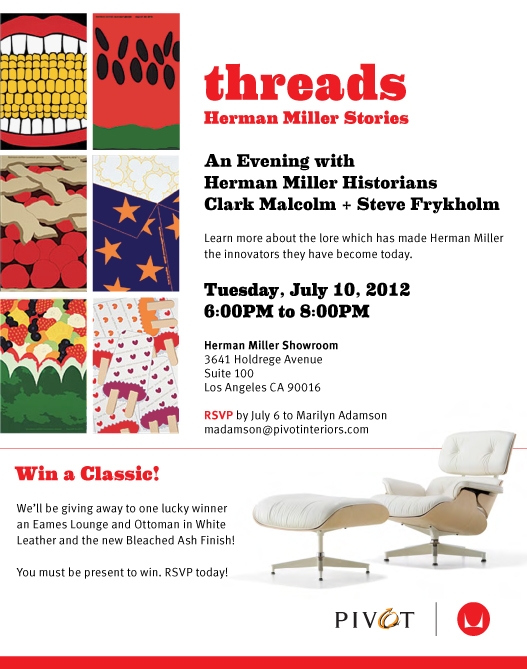 I was quite taken with the chairs in the showroom. Not just any chairs, but chairs. 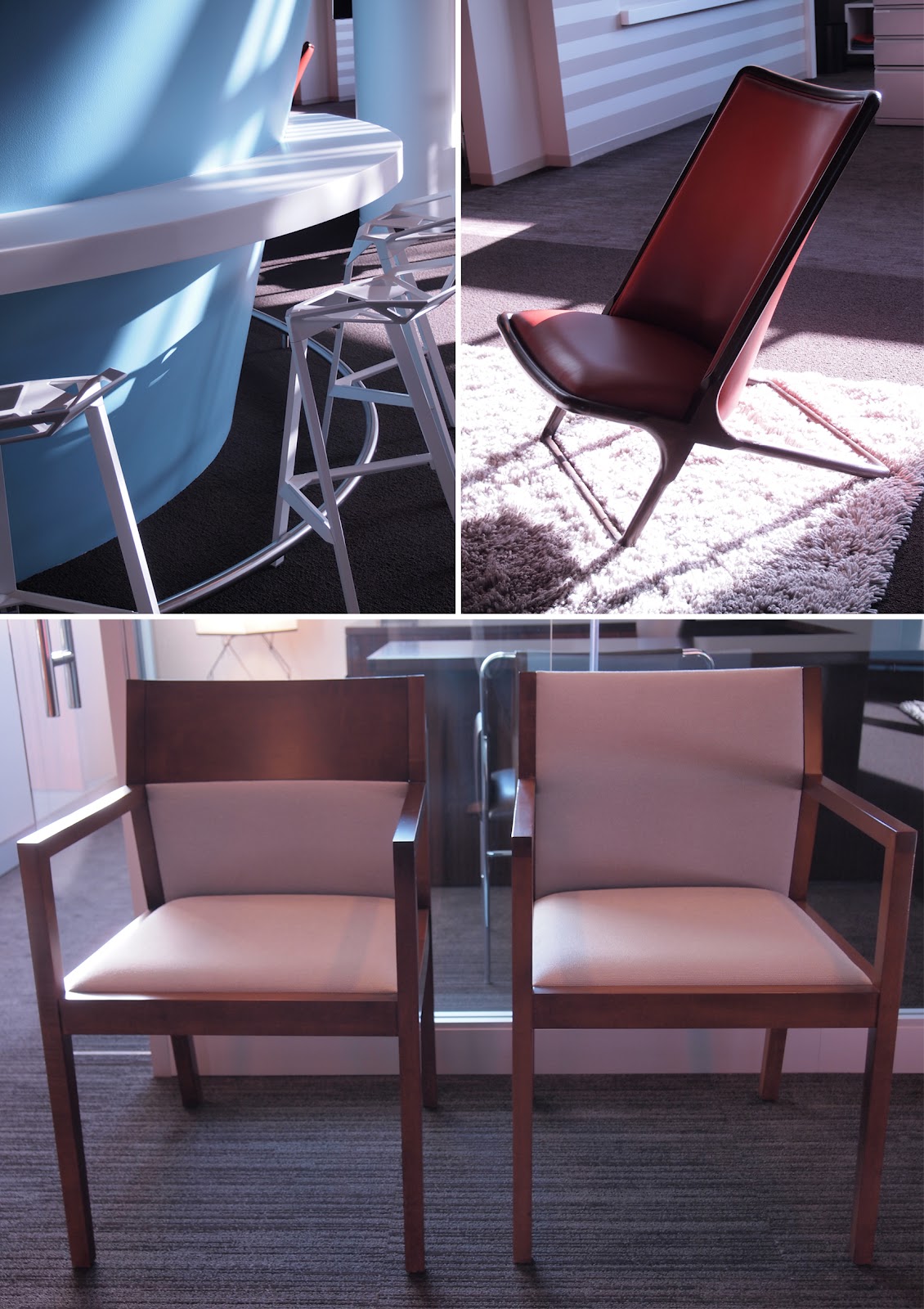 Like this cut out stool. (Drool.) And this body hugging low chair. (Perfect for Asian legs, says my sister). It was so comfortable!!! We spent a while just sitting on these chairs and talking. How about these twin chairs? (Fraternal, not identical.) They're perfectly coordinating without being matchy-matchy.

And my favorite chair of the night was this perfect beech wood + pink upholstery combo. 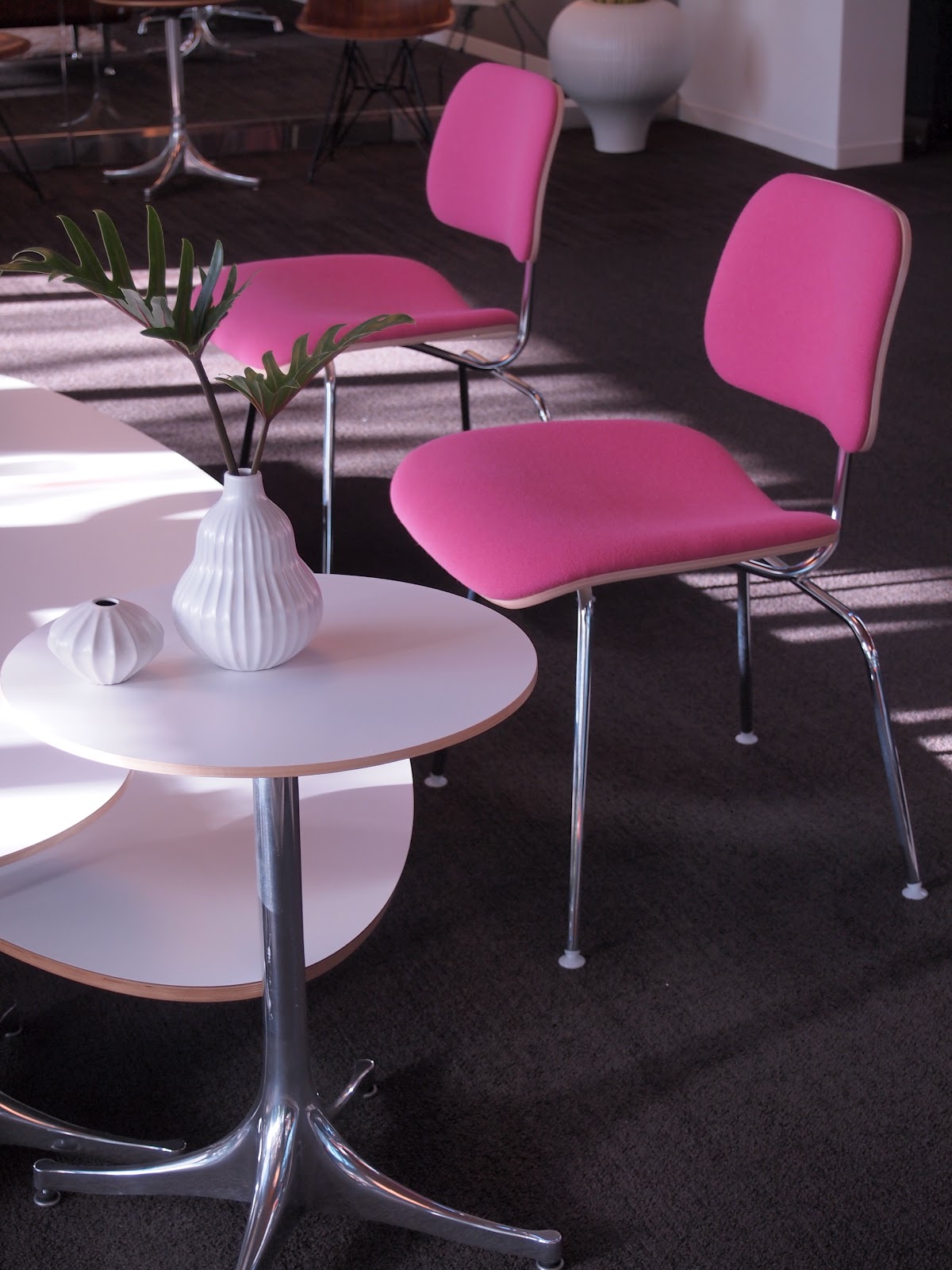 Herman Miller is known for inventing the cubicle. Their cubicles are not just any cubicles though. They're handsome and smart. They even promote love! Sound like the perfect man? Everything is so clean cut and designed so well. How many times have you sat in a chair and wondered, ugh why did they design it like this - it digs into my leg. How many times have you sat at a desk and wished for better drawers. Environment definitely affects performance. Herman Miller is all about good design incarnated in modern furniture. Take for example this filing cabinet/bench, which I tested out. Functional divider/filing cabinet and seat. 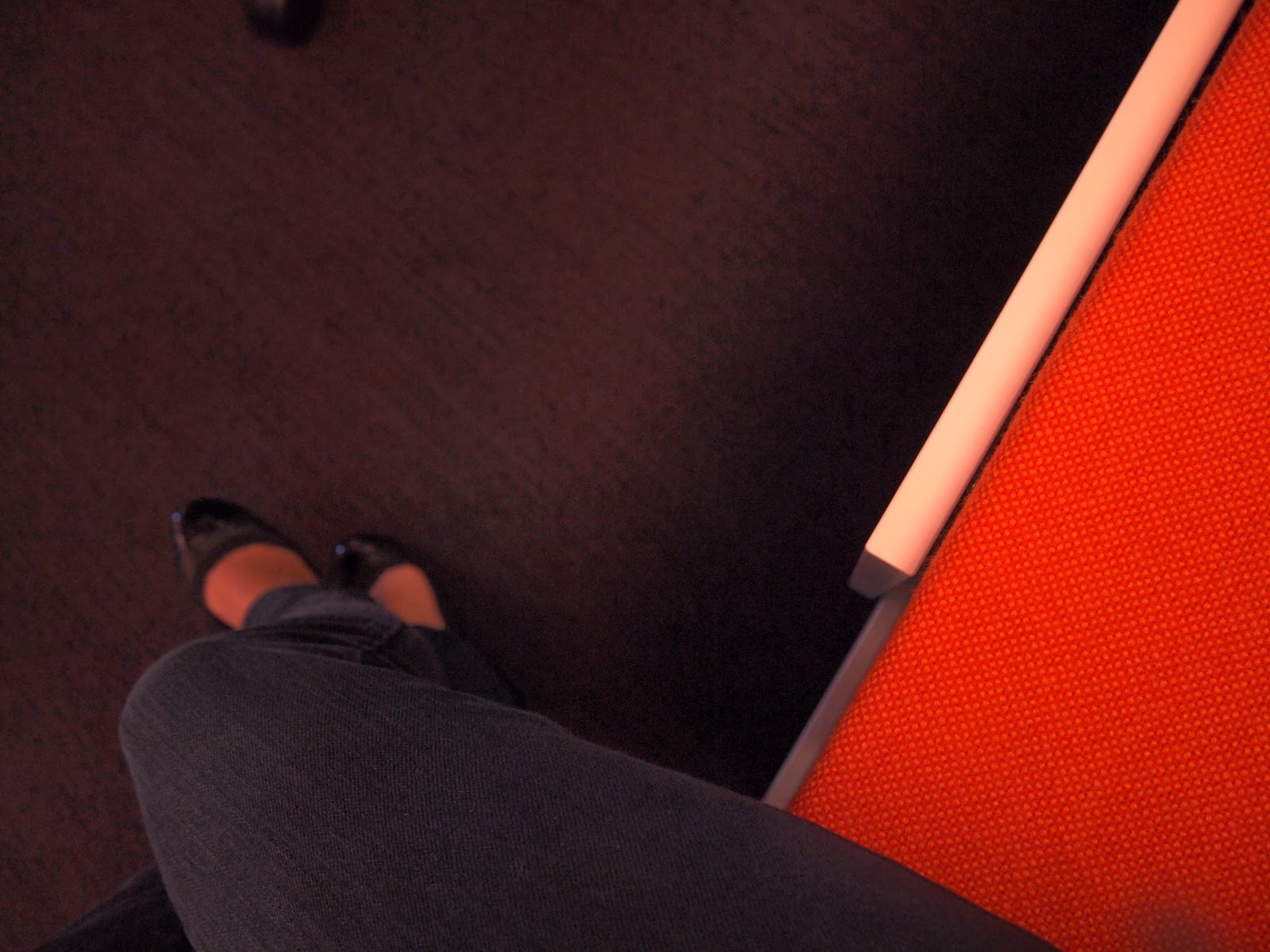 The lecture explored the Herman Miller work culture and values. It was inspirational, and it challenged me to really think about my preconceptions about private corporations. The management model puts each employee first, and it seems as if people are excited to go to to work every day at Herman Miller. It just goes to show that a successful company has, among many things, a good management philosophy and team. I know I would enjoy working in such a stimulating environment. It's inspiring to be in a space that values, elevates, and even defines such noble ideals: beauty, good design, sustainability. But, at the end of the day, I would struggle with the materialism inherent in a company that sells high-end furniture inaccessible to the average person. 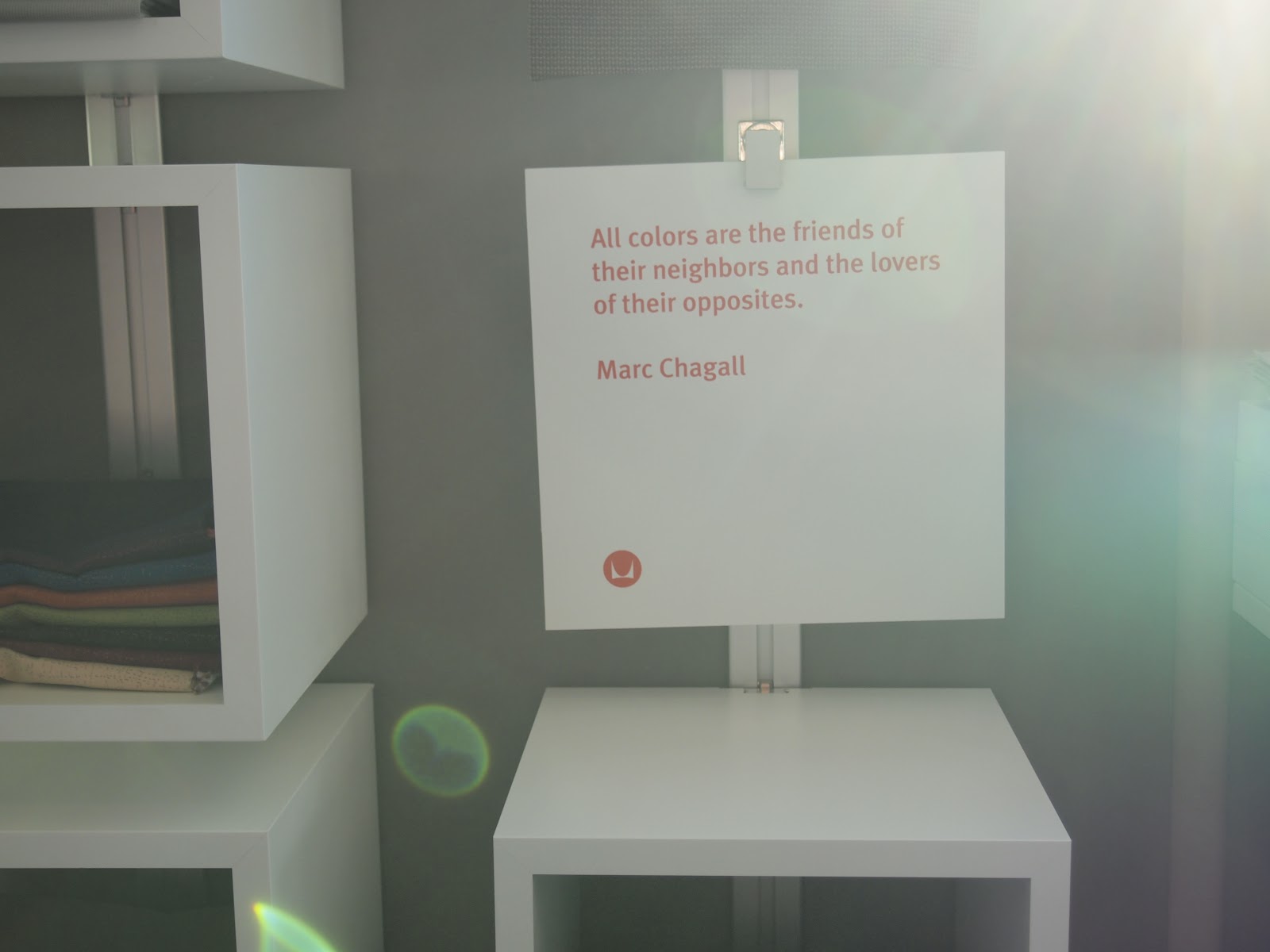