NOT YET OVER THE HILL PARTY
girl in the curious city 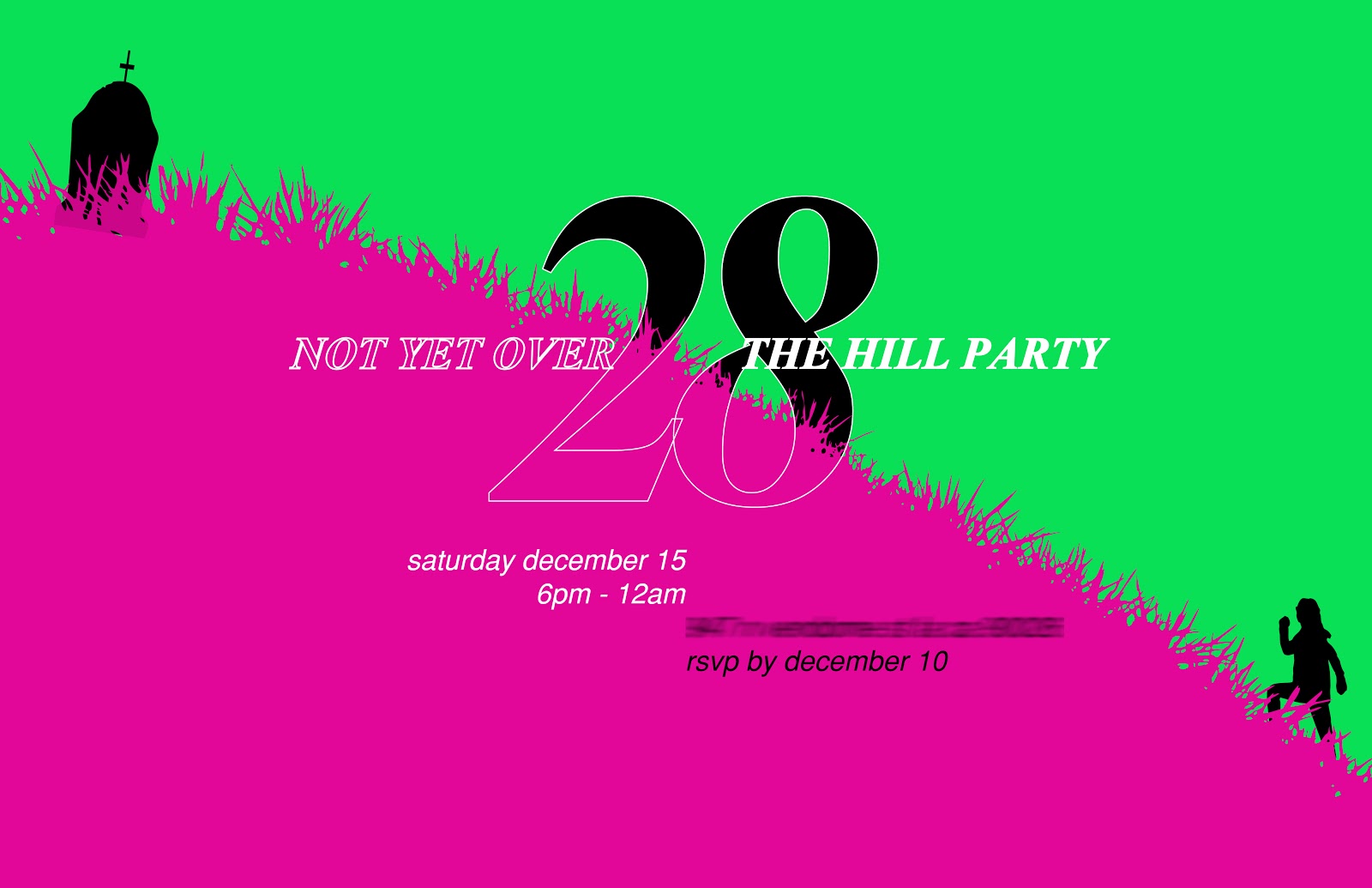 "We're getting old" or "I'm jaded" or "just shoot me" seems to be rolling off the tongues of my friends and peers as of late. I am guilty of such whining too. So I thought the best way to snap everyone out of self loathing is to throw a party! The fact that it was also my birthday party is secondary...

The theme of the party evolved from the invitation. From hill I thought hillbilly and escaping to the outdoors. Since we all lead such city-centric lives, ideas about camping and farms seemed like the right direction. The menu was pretty basic: soup, bread, and baked potatoes. I wanted it to be intimate so I gathered everyone around the firepit to make smores. I couldn't get my hands on real farm animals so I got the next best thing, animal balloons.


It was a really meaningful party and I am lucky to have so many friends and family present to share in it with me. Xoxo
JUNETTE

Monica knows how to throw a good house party. We're not talking disgusting college frat house party. She's graduated into the world of balloon animals and smiley face cupcakes. It was my kind of party.

Even though it was her own birthday, she shouldered the weight of party-planning and pulled it off fabulously. The elements: 1) Guest list: Monica is an interesting person, so her guest list consisted of equally interesting folks (myself included ; ). And, of course, you have to have some furry friends attend your party. In this case, honored guests were Miki and the Tiger, whose mustache reminded me of the Colonel.

2) Feed the beasts: Once you've assembled fun friends and family, it's time to feed them. Monica stuffed us to the max (with Antony's help) with soup bread bowls, baked potatoes, and too many cheeses. I parked myself in front of the food table, and complained endlessly about "too much food" while stuffing my face continuously. Her cousin also contributed a stack of cupcakes. Look at that cheekily smiling cupcake! I want to eat it (again!). 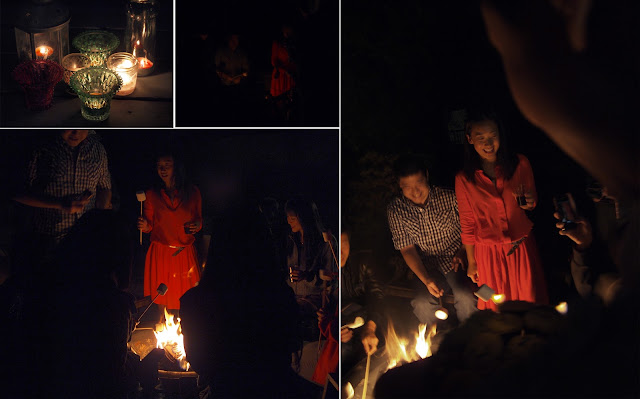 3) An engaging hostess: One of the things I've always admired about Monica is her ability to strike up conversations with anyone and being a kind and animated conversationalist. She was a fab, graceful hostess who made sure everyone was feeling comfortable. And finally, 4) An element of surprise: In this case, old-school smores, with the largest marshmallows I've ever seen in my life!