LA SUMMER IN FULL SWING
stories from the curious city 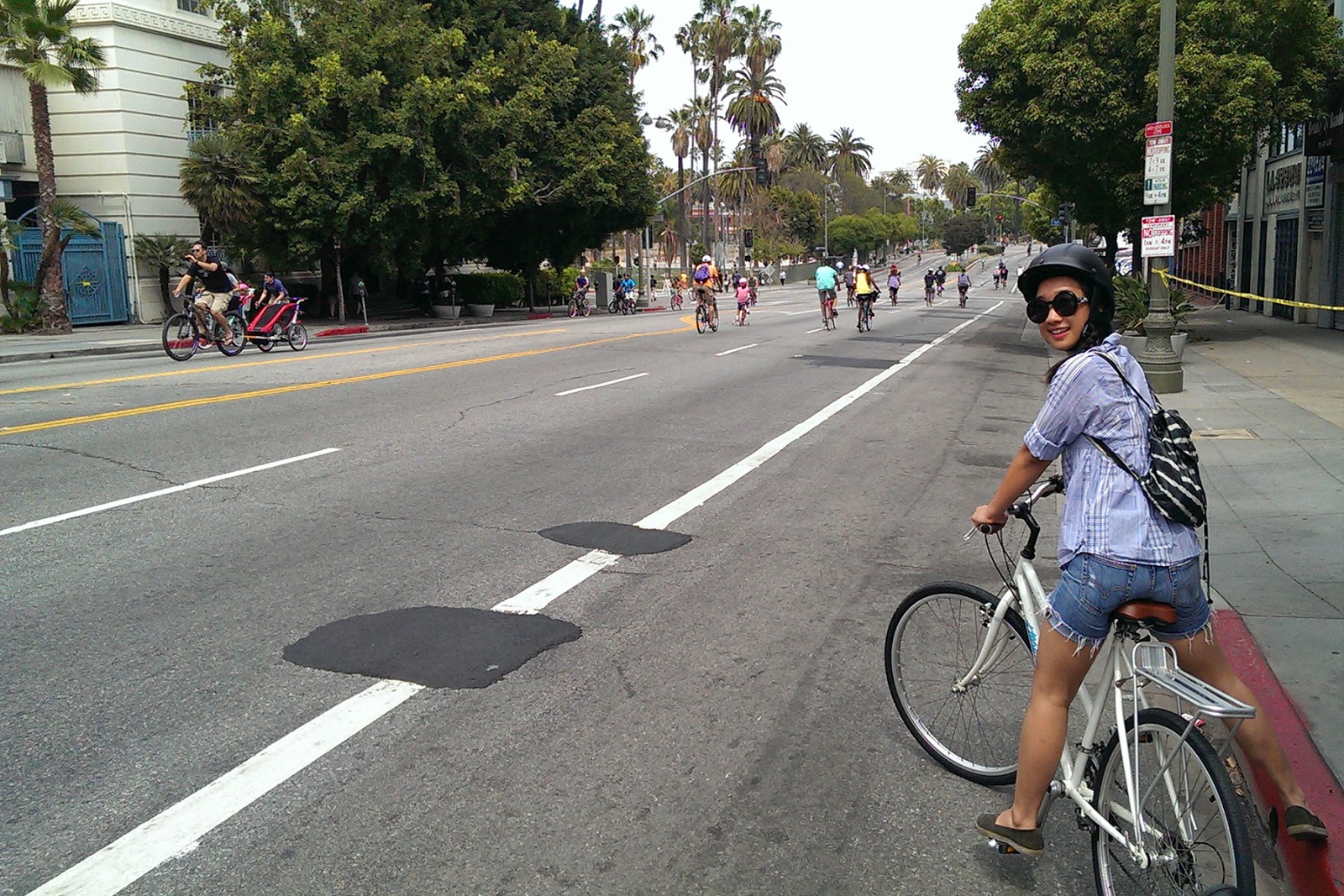 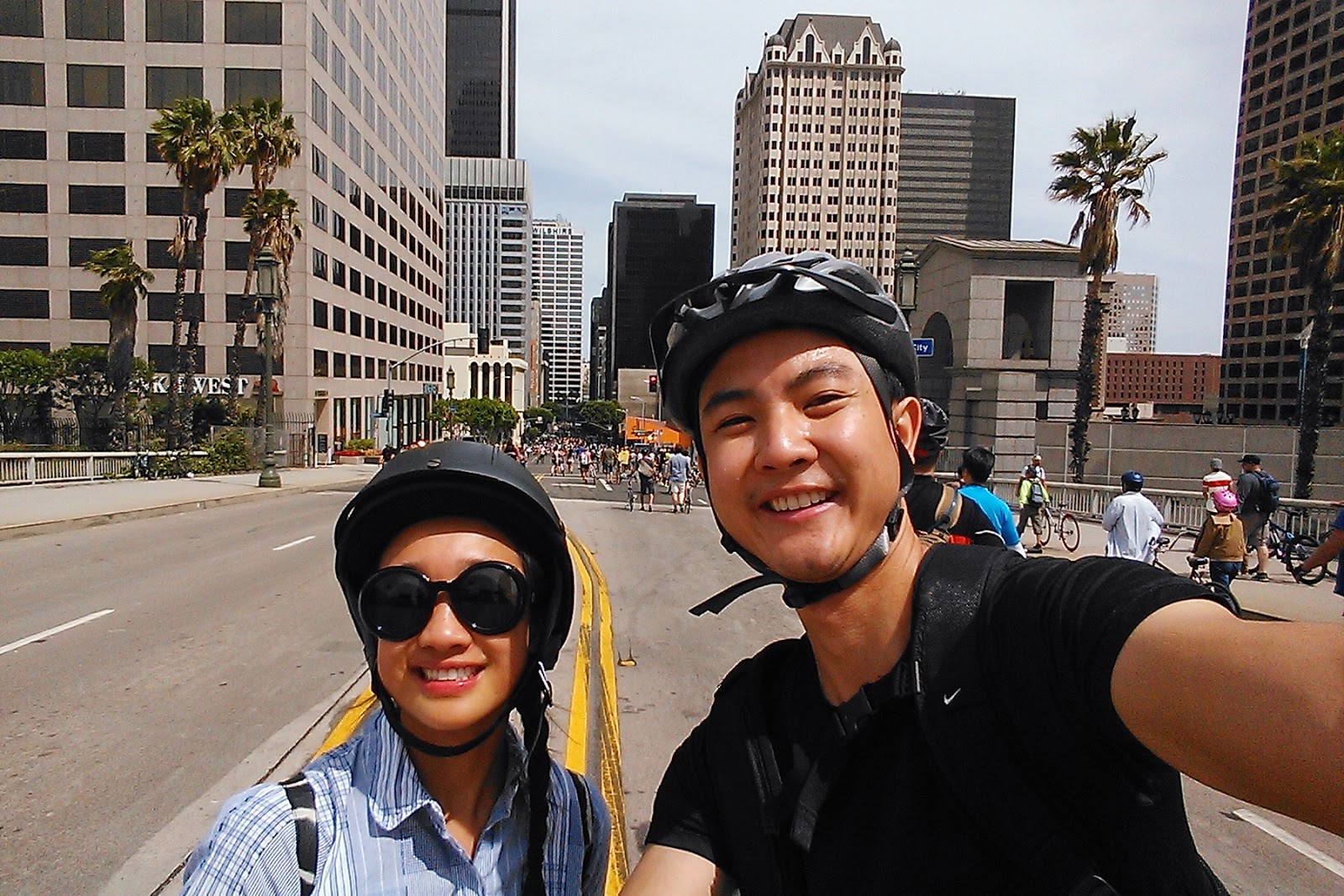 Last weekend I finally got a bike just in time for Ciclavia. I had been eyeing the Linus Mixte 3 because it comes in a smaller size which is perfect for short legged gals like me. However I have this constant fear that my bike will get stolen if it is too cute, shiny or new. It was fate because the perfect petite and used beauty was parked outside Coco's Variety Store, and so she was mine and I was hers.

Ciclavia was an amazing experience for posers like Antony and I because it is such a welcoming and communal event. The sight and energy of the city on wheels is quite powerful and it makes me fall in love with LA all over again. 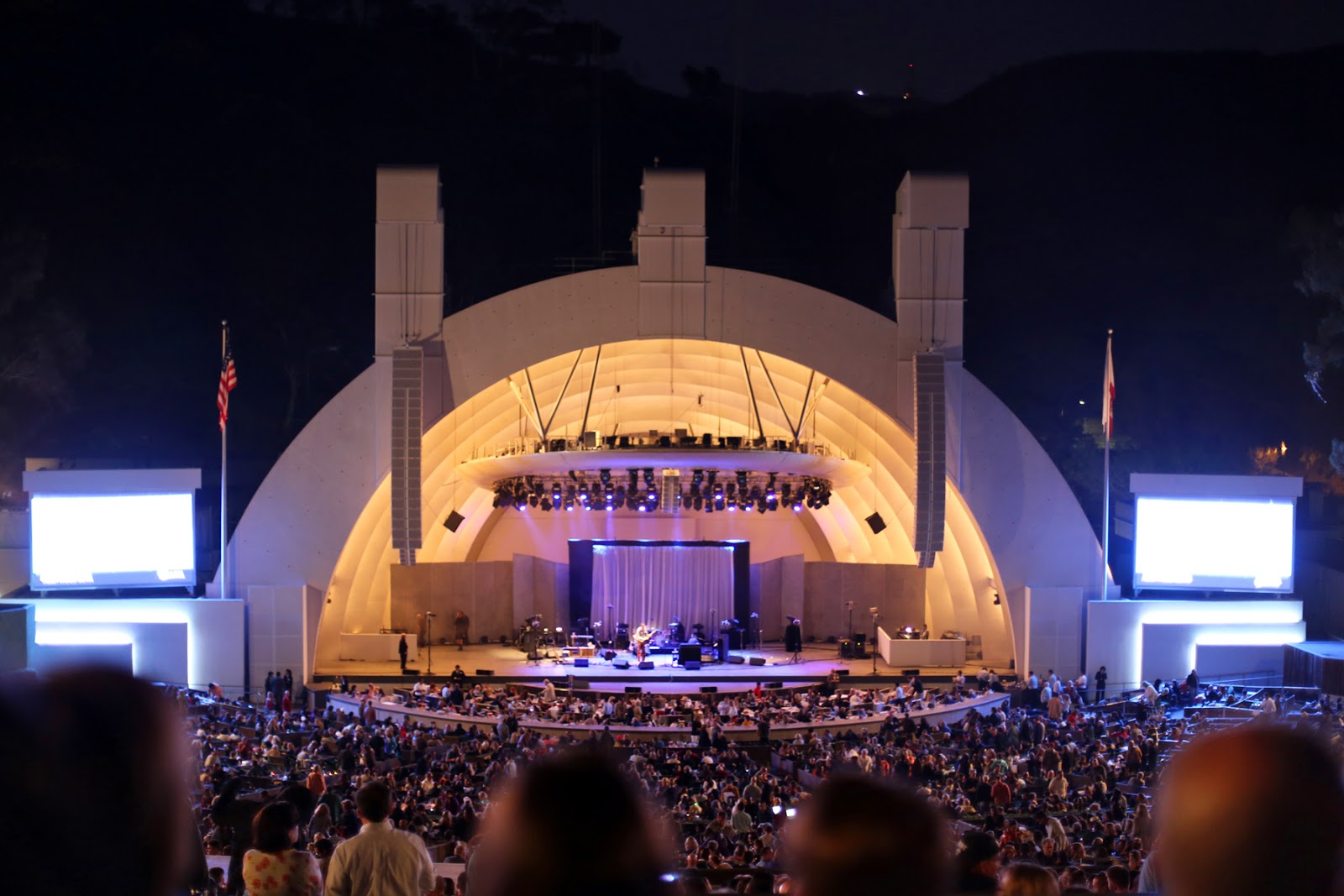 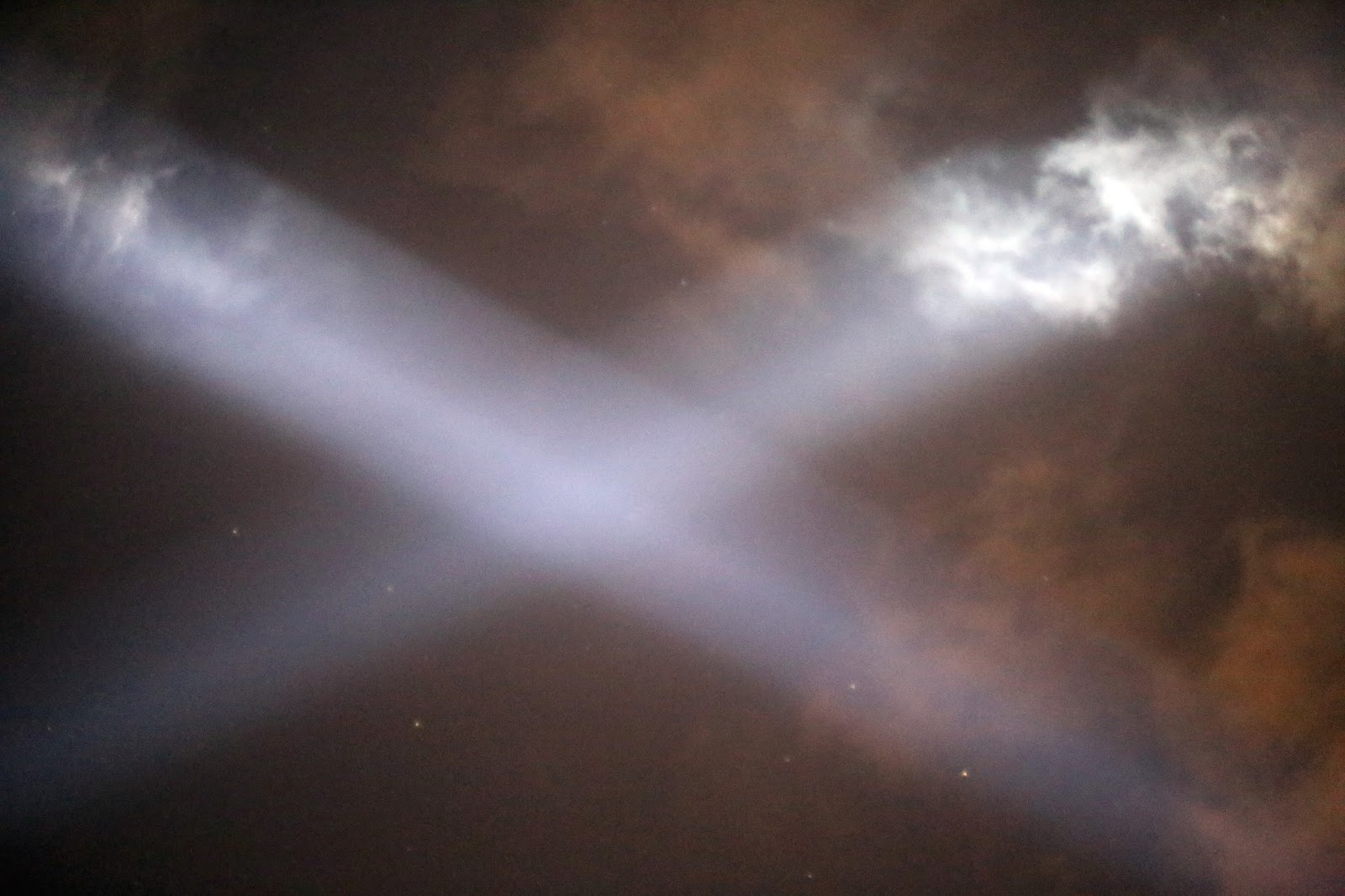 My Hollywood Bowl season officially kicked off this past Sunday with She & Him and a bottle of pinot noir. I have four more concerts this summer, the next being Josh Groban's fourth of July extravaganza!!! It is just magical listening to live music under open skies with a belly full of picnicking goodness. Hedonism to the max. 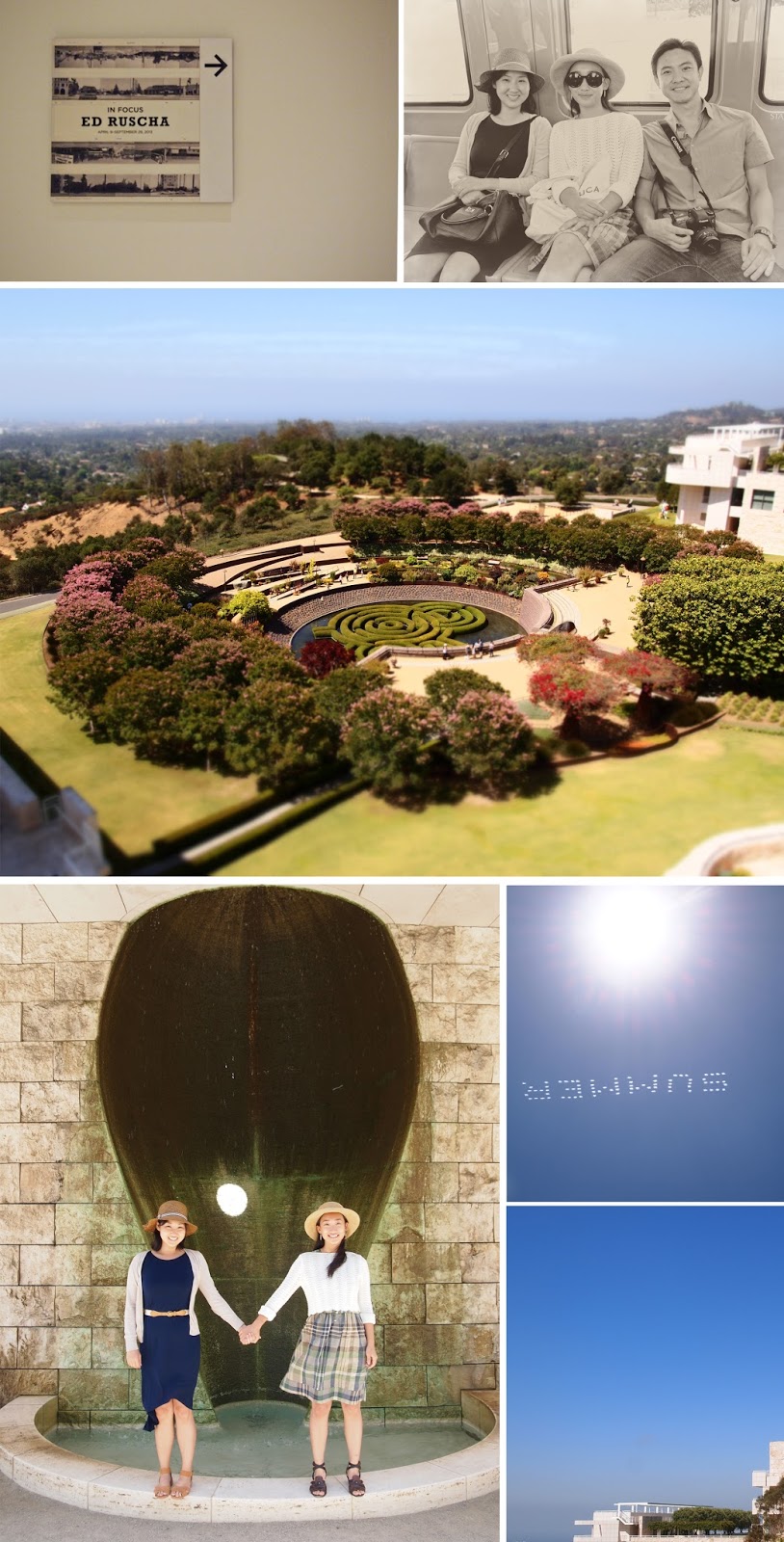 My birthday was the perfect excuse to enjoy the multitude of free summer events in LA.

In the morning, we went to the Getty to check out two exhibits and have a relaxing picnic lunch. The Getty is truly a unique cultural gold mine that we're so lucky to have in LA. I regret to say that I hadn't been there in years!! We saw Overdrive, a fascinating and in-depth look at the city of Los Angeles, and my inner urban planning nerd wanted to lay in the middle of the exhibit and soak it all in. Instead, I peered much too closely at all the models and pictures and read all the captions twice. I also really enjoyed the Ed Ruscha exhibit, where the subject was vernacular landscapes - my fave nerd topic. Admission to the Getty is free, but parking is $15. We went on a Saturday, and I recommend going early and leaving early to avoid the crowds. 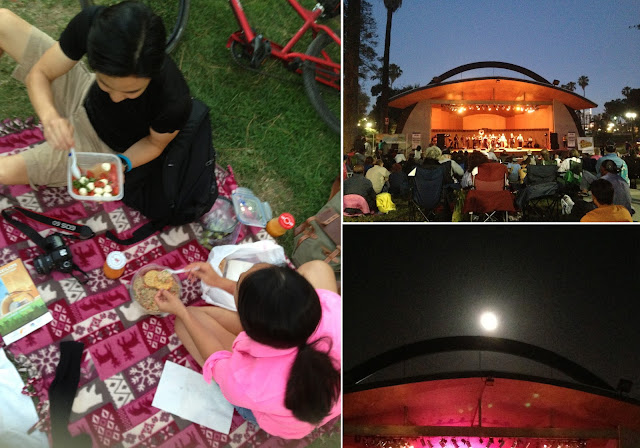 In the evening, Monica and Antony rode their bikes to meet us at MacArthur Park. BDF and I took the subway, but we might as well have walked! I have actually NEVER stepped foot in MacArthur Park though I've lived so close, but LevittLA gave us good reason to check it out. It felt safe with lots of staff, volunteers, and even security around, and we had to grab some tacos for dinner. I really enjoyed the Vaud and the Villains; hot scantily clad girls (part of the act!) dancing and tons of rowdy instruments made for a great time. Something about that boisterous jazz puts me in a good mood.

P.S. We also checked out Parachute Market, and it was disappointing, especially for $7! I wouldn't go again.