THE THINGS WE CARRY Vol.4
girl in the curious city 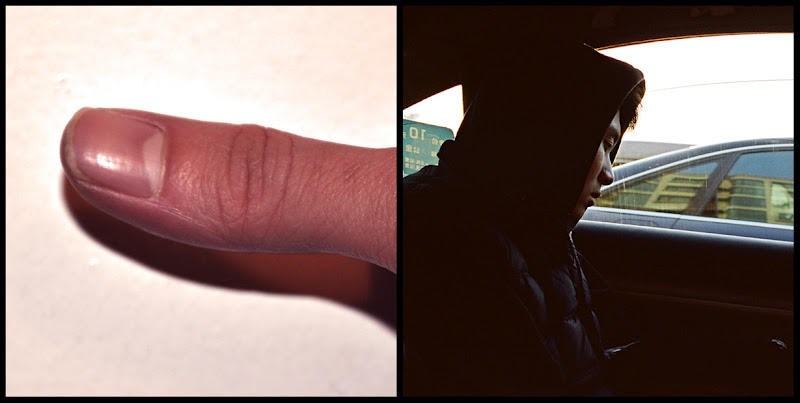 WC: It is often said that the defining trait which separates humans from other animals is an opposable thumb. While many may take this remark in jest, there is in fact much truth in it. Without the opposable thumb, human beings might never have attained the highly civilized, sophisticated, and technological lifestyles that many enjoy today. Opposable thumbs are required for efficient gripping of objects as well as performing manipulations upon them. Chimpanzees, though highly intellegent, have advanced only to the level of rudimentary tools.

Furthermore, it is doubtful that the very act of writing would have developed as the thumb is indespensible in the act. The emergence of painting, sculpture, and music would have been unthinkable. In effect, this blog, photograph, blurb, the screen on which they are displayed, the internet through which they are transmitted, and pretty much everything else one may elicit to describe this very moment would not have been possible without this keystone in evolutionary development.

Wilson is my older brother. As you might have read in a previous post, I like to call him an amateur philosopher. He likes to talk about these kinds of topics, so if anyone is interested, I can give you his email :)
JUNETTE 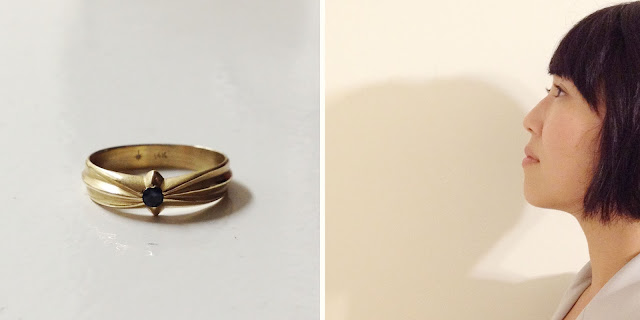 DSK: My engagement ring represents the first big decision that my partner and I made in our path to become husband and wife. It's made of gold with an alexandrite stone from the jewelry designer Carla Caruso.

As a self-professed independent woman, the decision to make a lifelong commitment to one person was the start of a new chapter in my life. I knew it would be a rewarding partnership that would challenge the outer limits of who I believed I was and ultimately shape me to be a stronger, truer person. There's something to be said about receiving feedback, criticism, and collaborative energy from a partner that really allows one to grow in a way that you can't if you're alone. Growing up in a close-knit family, this was an entirely familiar but sometimes painful and scary process.

When Joe and I decided to get married, we wanted the wedding day to stay true to the values that guided us as a young couple - being socially conscious, honoring our families, and going against the grain if we had to, even if it meant that other would judge us. Some people were disappointed that I was falling into the outdated institution of marriage, yet others asked me why I was getting married so late in age.

Through all of this, we managed to make the first important decision that set the tone for the rest of our relationship. I decided that I didn't want a diamond engagement ring or the usual solitaire that was the status quo for my peers. I asked Joe for a ring with a modern design and a unique stone. While I think diamonds are beautiful (my wedding band is made of recycled diamonds), I couldn't fathom the price and the other industry costs that it took to get that diamond onto a ring. This decision felt right for us - just as the decision to get a diamond is for other women (to each his own, really!).

And at the end of the day, when all the wedding cake was eaten and the party shoes came off, we were happy that it was how we started off this beautiful adventure called marriage. (And we threw a really fun party at that!)

My older sister, Debbie, married her husband, Joe, in June of last year. It was a VERY fun party! I was happy that Joe involved me the wedding ring process, and these days, I love to go over to their place with Bennet to butt in and eat all their food. My sister's thoughts on relationships and marriage have guided and challenged me all the way from my first crush in 3rd grade to BDF.