THE THINGS WE CARRY Vol.5
girl in the curious city 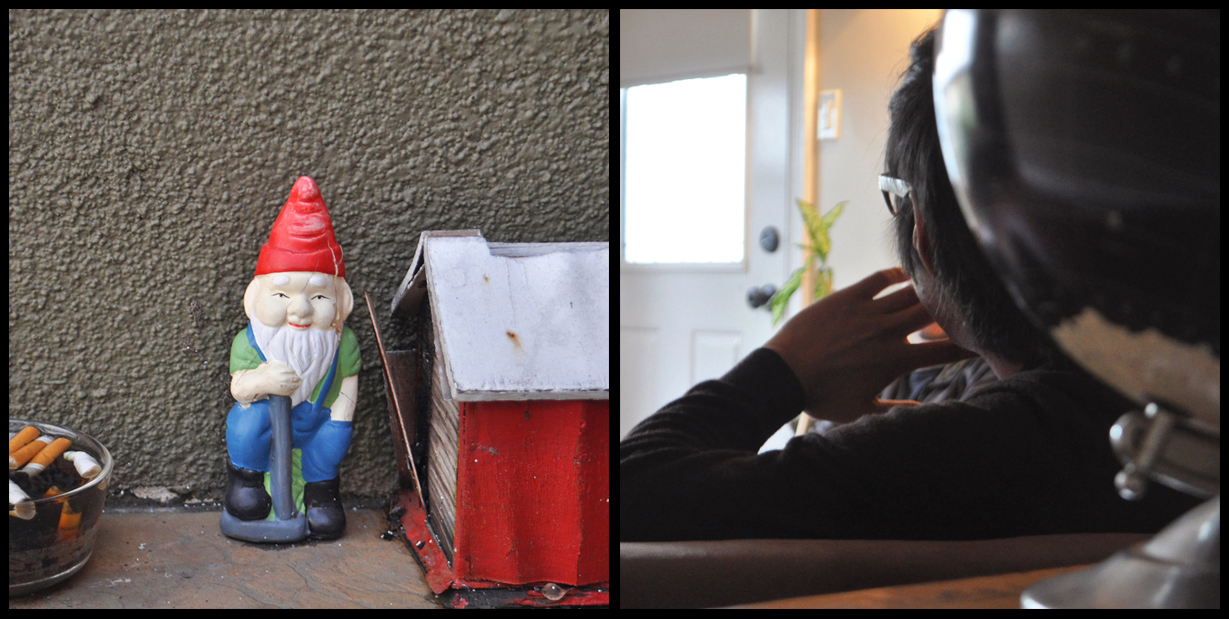 PJ: This gnome has traveled with me for close to a decade. I got it from my college room mate and we'd been watching Amelie and I joked about how fun it would be to carry a gnome around the way Amelie had others do so in the movie. So it was a humorous token of affection from her. As you can tell, it's a bit battered...not by travelling to other countries but from apartment to apartment. Rumor has it that they're good for your memory, so we'll see...

I've known Pedro since college. We studied architecture together but we were never really friends back then. I'd see him working in studio or bump into him around mutual friends. It wasn't until we both moved back to LA that we really started to interact on a meaningful level. This interaction came by way of our mutual friend Susan who describes him as "a super loyal friend who'll always be there for you. And when he laughs he covers his mouth with two hands. And he sighs and says 'oh Susan' a lot." Pedro's mannerisms and witty commentary are some things I've come to adore about him. He is a bit reserved with some flare which is well reflected in his aesthetic decisions. You will see what I mean later this week when I take you on a tour of his eclectic apartment. 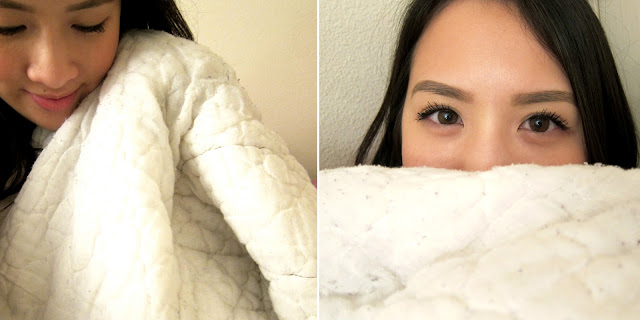 SH:It may come as a surprise to some that this 24 year old still has a baby blanket (though perhaps to those who know me well, not completely unexpected). Over the years, throughout various post-breakup therapeutic room cleanings and sudden zen urges of massive de-cluttering, the one thing that has always made the cut is my baby blanket, fondly known to me as Squishy.

My adopted grandmother made the blanket for me when I was born. Composed of quilted white cotton covered in small blue flowers, I can still see the crooked lines of stitches she made which I sometimes fondly trace (my adopted grandmother isn't anywhere near a domestic goddess, but she always tried her best). My earliest memories with the blanket include examining it closely during moments of boredom and wondering how in the world someone was able to create something out of a few pieces of cloth and string. As a child, knowing that someone made it especially for me added to the sense of awe. To have something completely your own, which you did not have to share, was a big deal for a kid who grew up with two younger siblings so close in age.

As I got older, the blanket became more than just something I cuddled with at bedtime. It truly became a source of security and comfort. During my darkest childhood moments, I would go to sleep with it covering my face to feel protected. It was used as a wall when my cousins and I would set up tents in the house. Tears were shed into it when I experienced middle school horrors, fights with my parents, my first heartbreak. When I had to buy brand new sheets to fit the odd dimensions of the college dorm room beds, my blanket was the only familiar thing from home that could be taken to my Los Angeles sleeping quarters. I kept it wrapped around me when I used to call my mom, homesick, for an hour every night during freshman year. The blanket has served as a pillow during plane rides, a shade from the sun during road trips, a constant companion during scary movie nights, and to my boyfriend's dismay when we first started dating, a must-have at sleepovers. The presence of the blanket is the common thread that connects all of my life's moments, no matter how significant or mundane.

My love for Squishy is beginning to become much more evident in the past few years. The thinning cloth in the center threatens to rip at any moment, lint balls cover the surface, and the blanket will not turn back to its original white no matter how many times it is washed. The years are beginning to show on my beloved blanket. My mom periodically threatens to throw the dratted thing away, and my loved ones constantly poke fun at how attached I am to it. I still unabashedly sleep with my blanket every night, and it is the first thing I reach for after I come home from work and park myself in front of the tv.

My baby blanket is my most prized possession. It is my hope that long after the years and people have passed, it will remain intact long enough to carry everything which my heart and mind do not have space for--as it always has--until the memories begin to dissolve with the threads.

Susanne is one of my dearest girl friends, and I call her my soul sister. We met at UCLA where I delightedly discovered a kindred spirit who also still has her baby blanket (mine is named "Flower Blanket" in Korean. don't laugh). Not only do we share the same birthday and love of baby blanket, but we also share many similar values, sense of humor, and sometimes I think we share the same brain. Our personalities are really very different though - Susanne is deliberate, careful, soft but well spoken, and has many of the "oldest sibling traits." Susanne's talents include photography, cooking, and make up - as evidenced by her not-updated-enough blog. Though she and I are separated by many miles, I'm glad to take a quick peek into her life in the Bay Area this week.

Labels: friends, Girl in the Curious City, Junette, Monica, The Things We Carry