AT HOME WITH A FRIEND Vol.2
at home in the curious city

MONICA
My friend Pedro's apartment is made up of things sourced off craigslist, found on trips, or created himself. There is no way you can walk in and out without feeling the urge to closely examine or touch the objects on display. His place cannot be characterized by a page out of the Ikea or CB2 catalogue, nor can it be found circulating as an "inspirational image" on Tumblr or Pinterest (until now). His neighborhood is equally as elusive. It is neither Echo Park or Angelino Heights or Forgotten Edge, but simply as he puts it "gnome man's land." If you want to get the joke, read his The Things We Carry. I'll let Pedro take it from here and give you the tour of his super cool place: 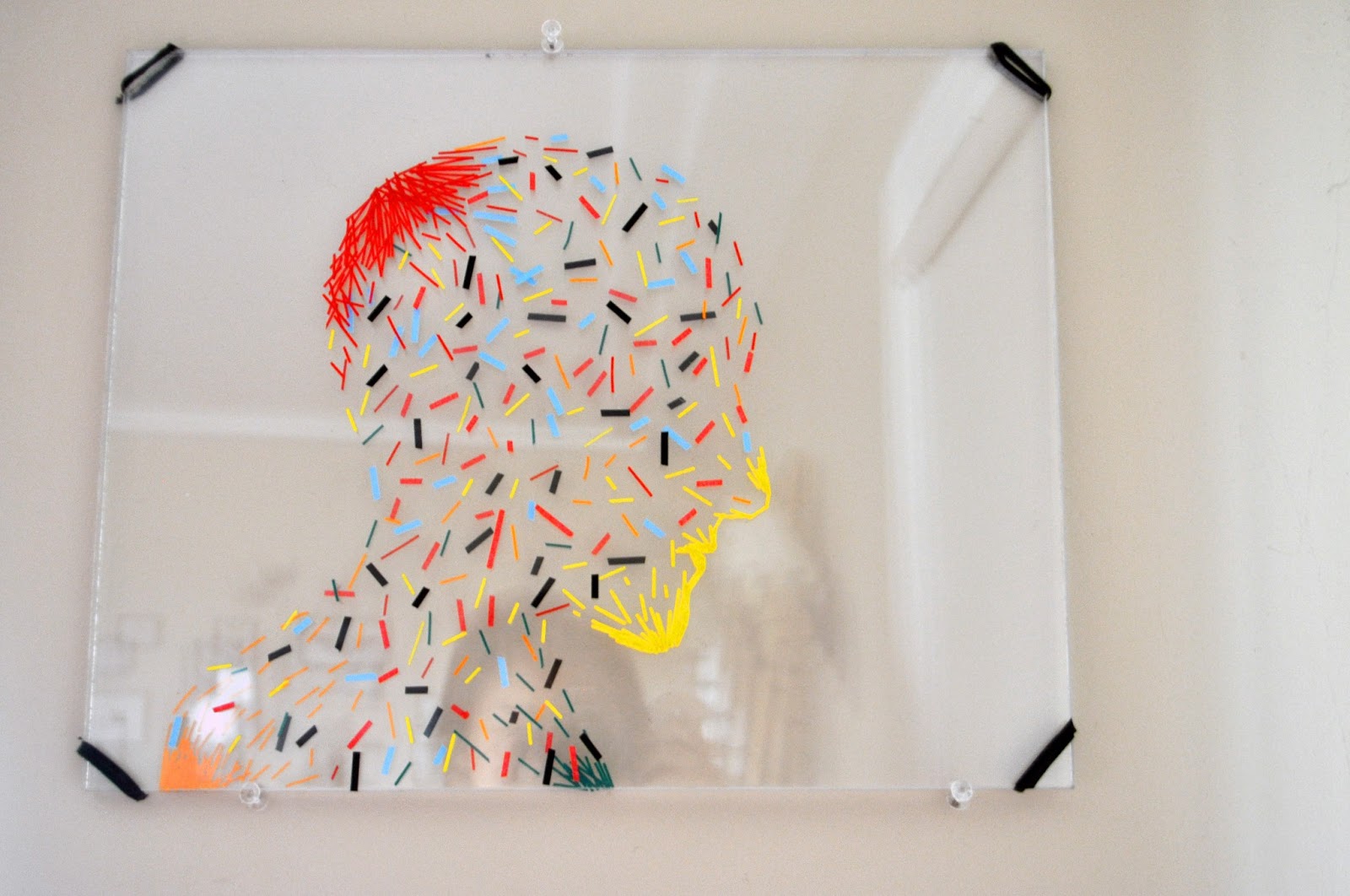 Tri layered self portrait, created in the park on an impromptu craft day. Plexi and artist tape which my friend sent me from Korea - and anything from Asia is small and cute so I had to use it! 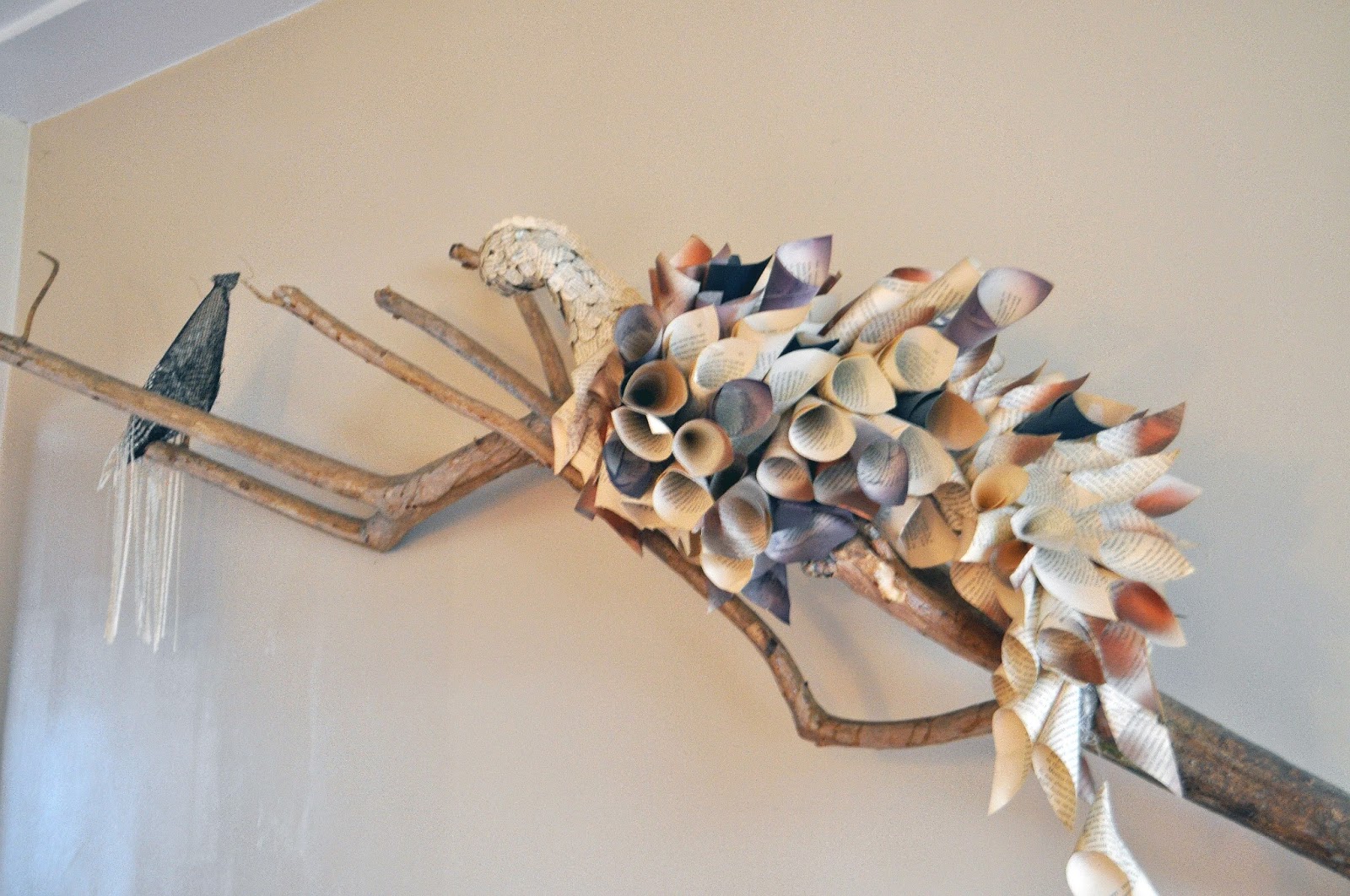 My bird-building enterprise took off with these two (made out of wire mesh and discarded book sheets). I like to think of them as a phoenix and a pheasant. 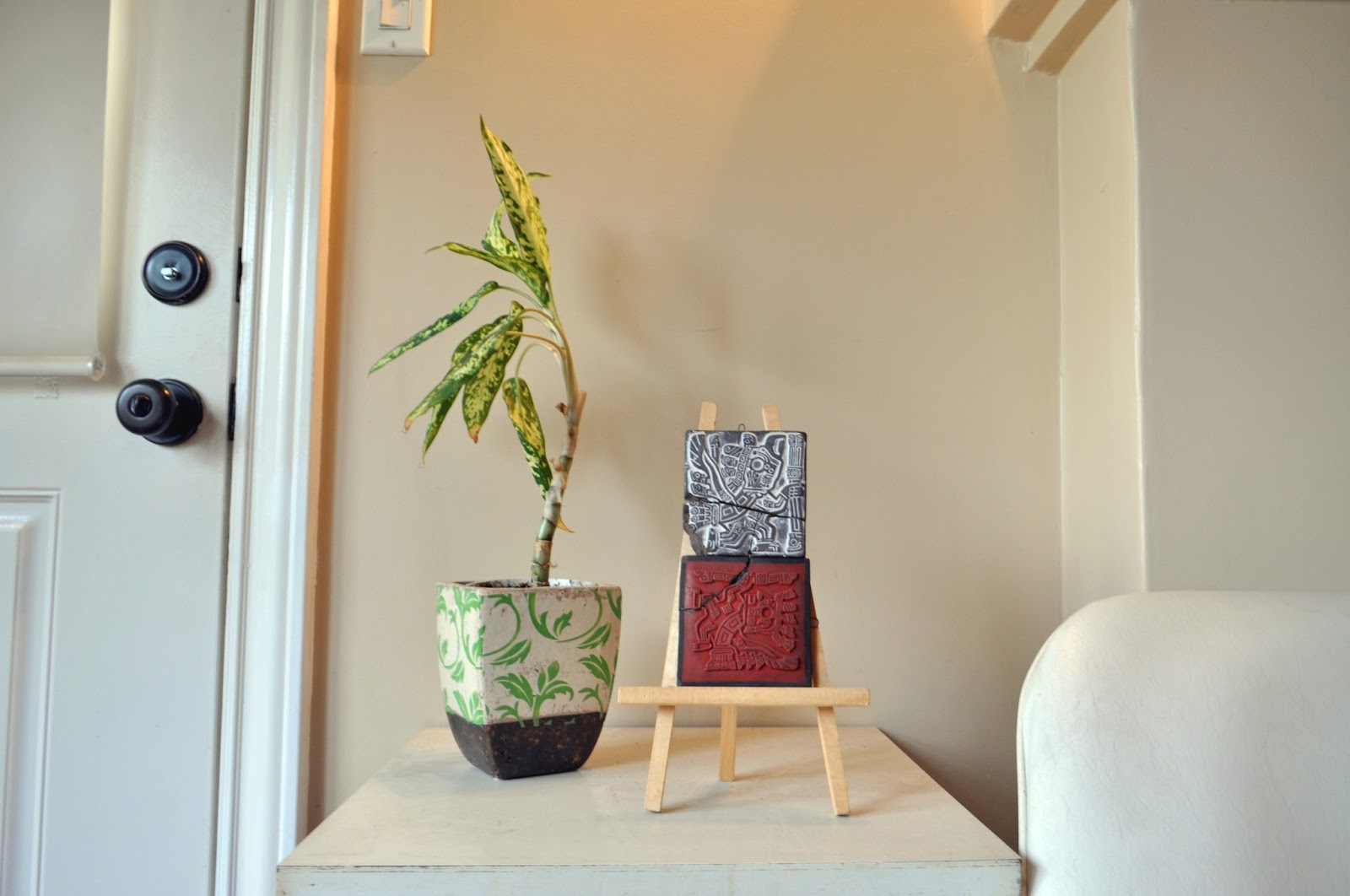 The tiles were bought in Peru at some tourist booth and I love the shape of that plant. 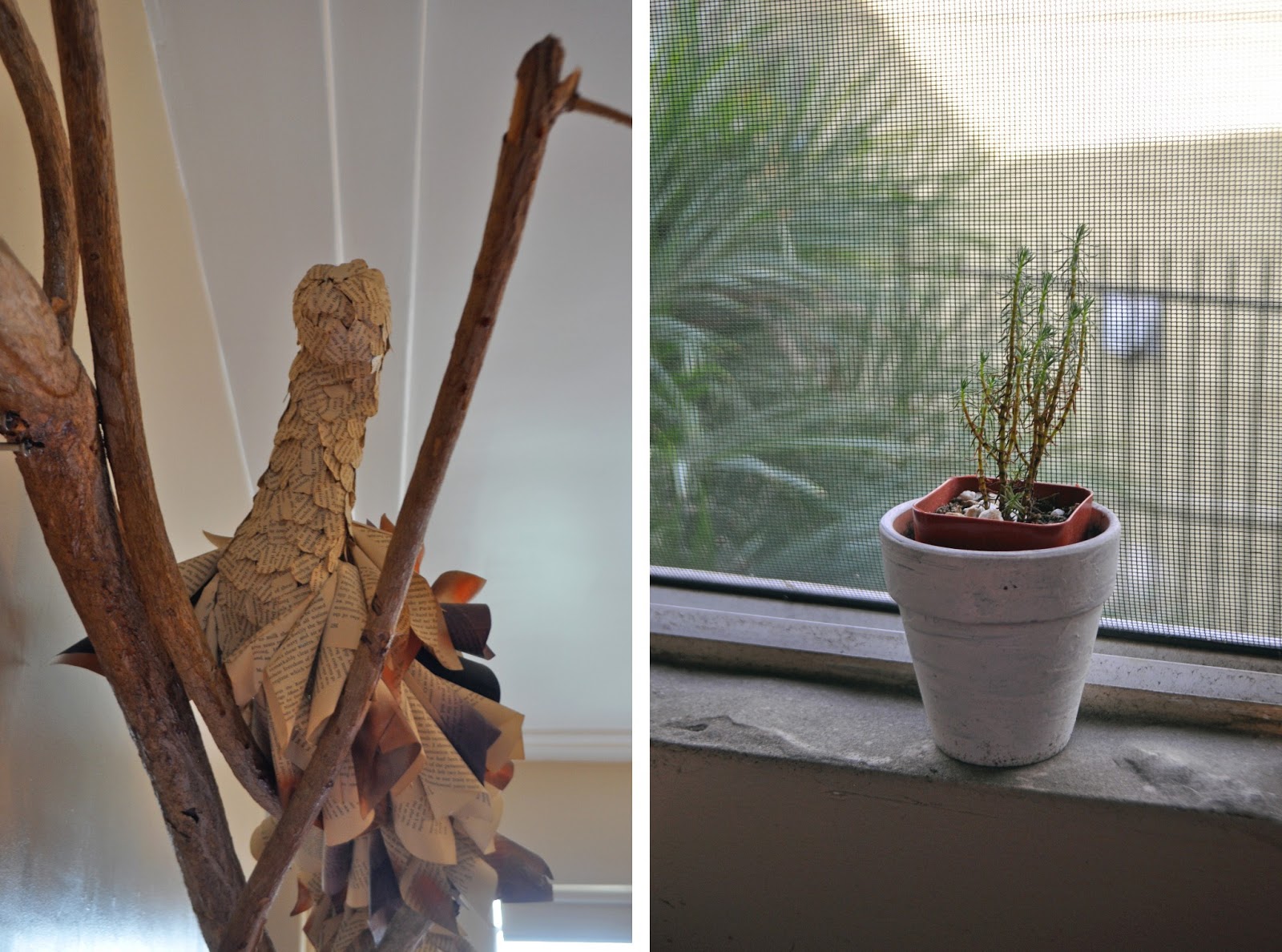 Left: phoenix; Right: the most precious succulent I own. 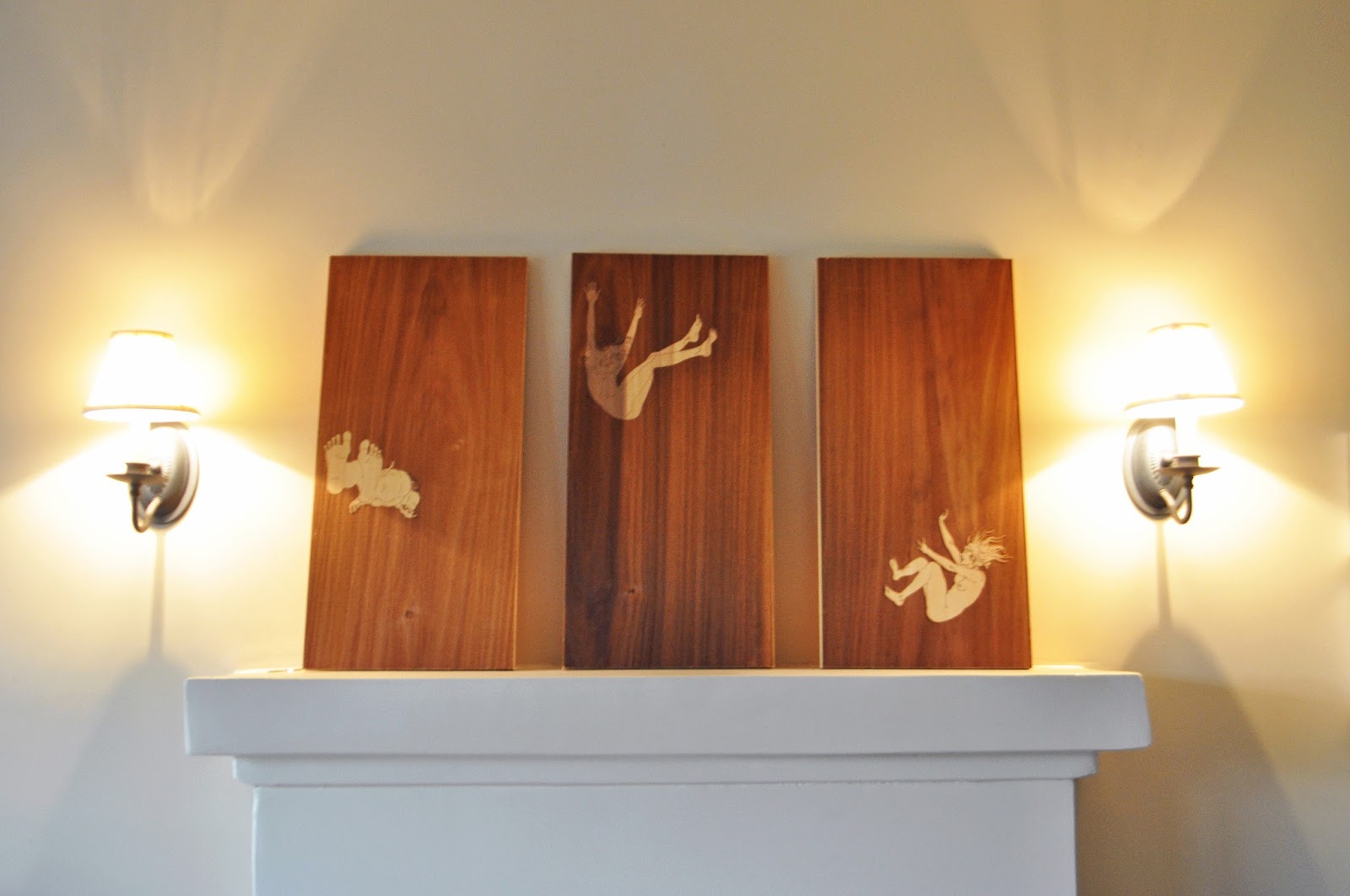 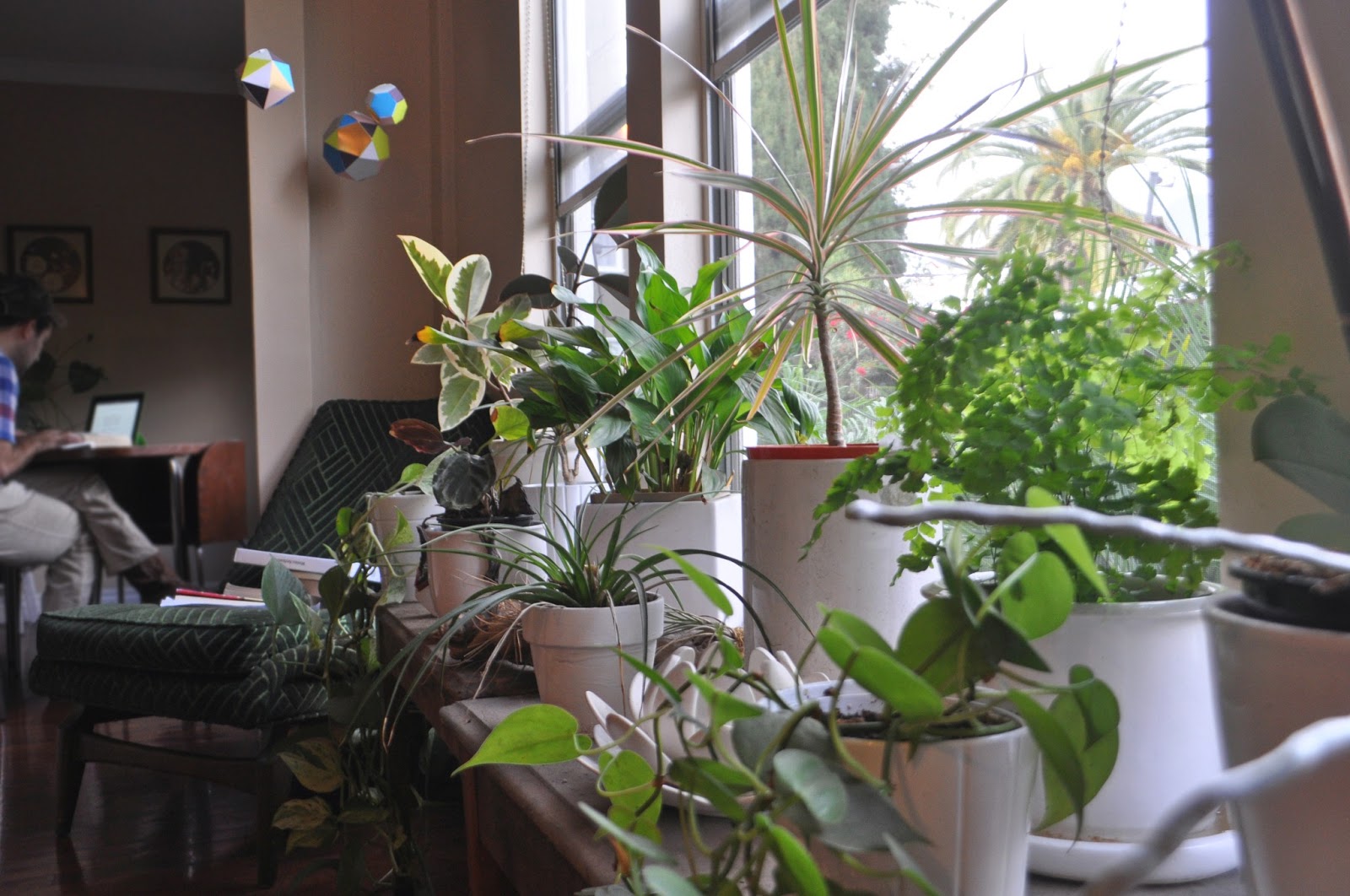 I love having plants indoors. I find them very therapeutic. 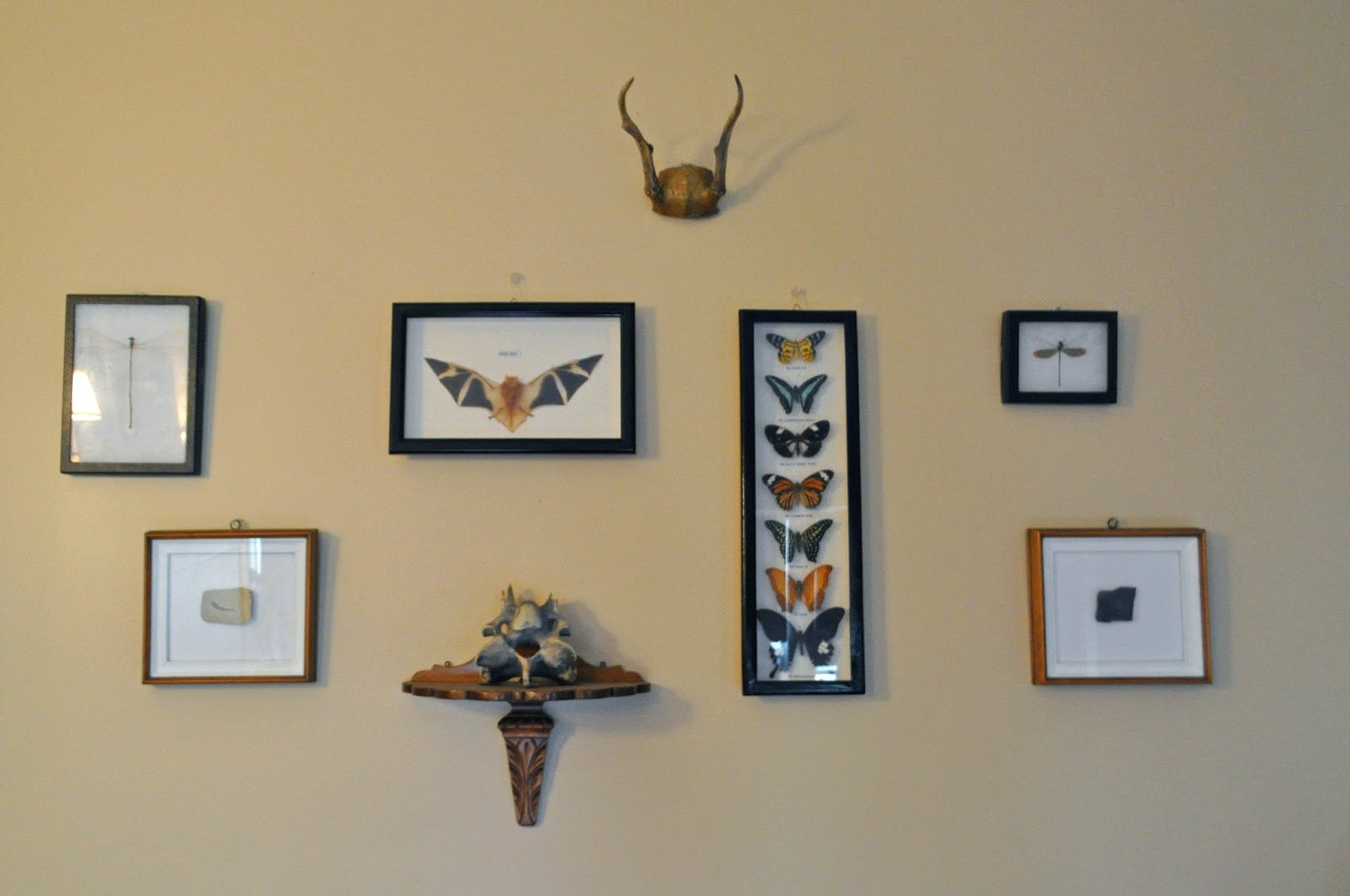 My wall of taxidermy, some of which have been gifted and others bought. The fossilized trilobite, which I framed myself, is probably my most favorite. 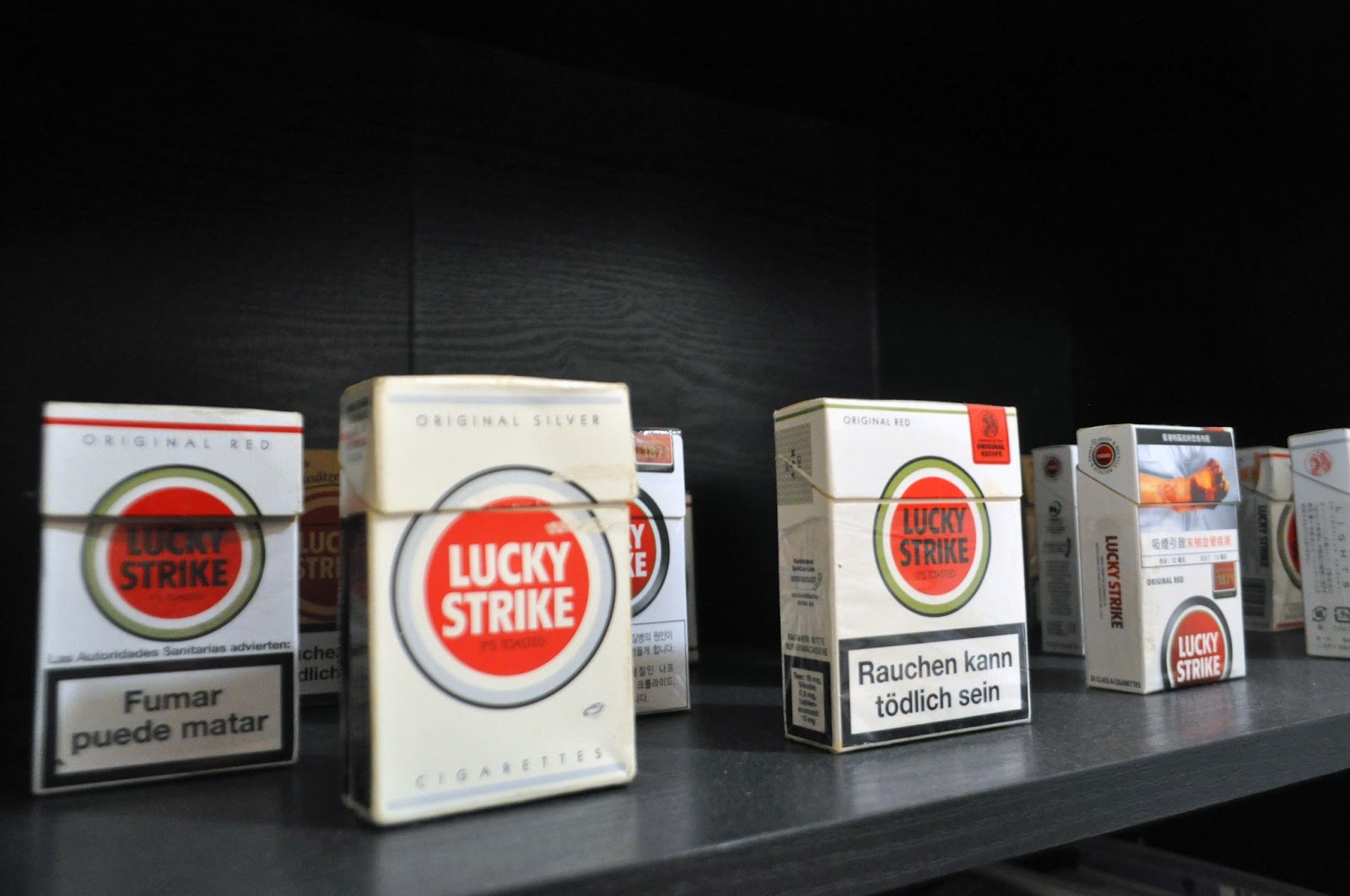 Compilation of foreign "lucky strike" packs that I've collected myself and from people as they've traveled abroad. I've finally heeded my own public service announcement and quit smoking, but I love how simple and graphic the branding logo is which is what initially drew me to them. 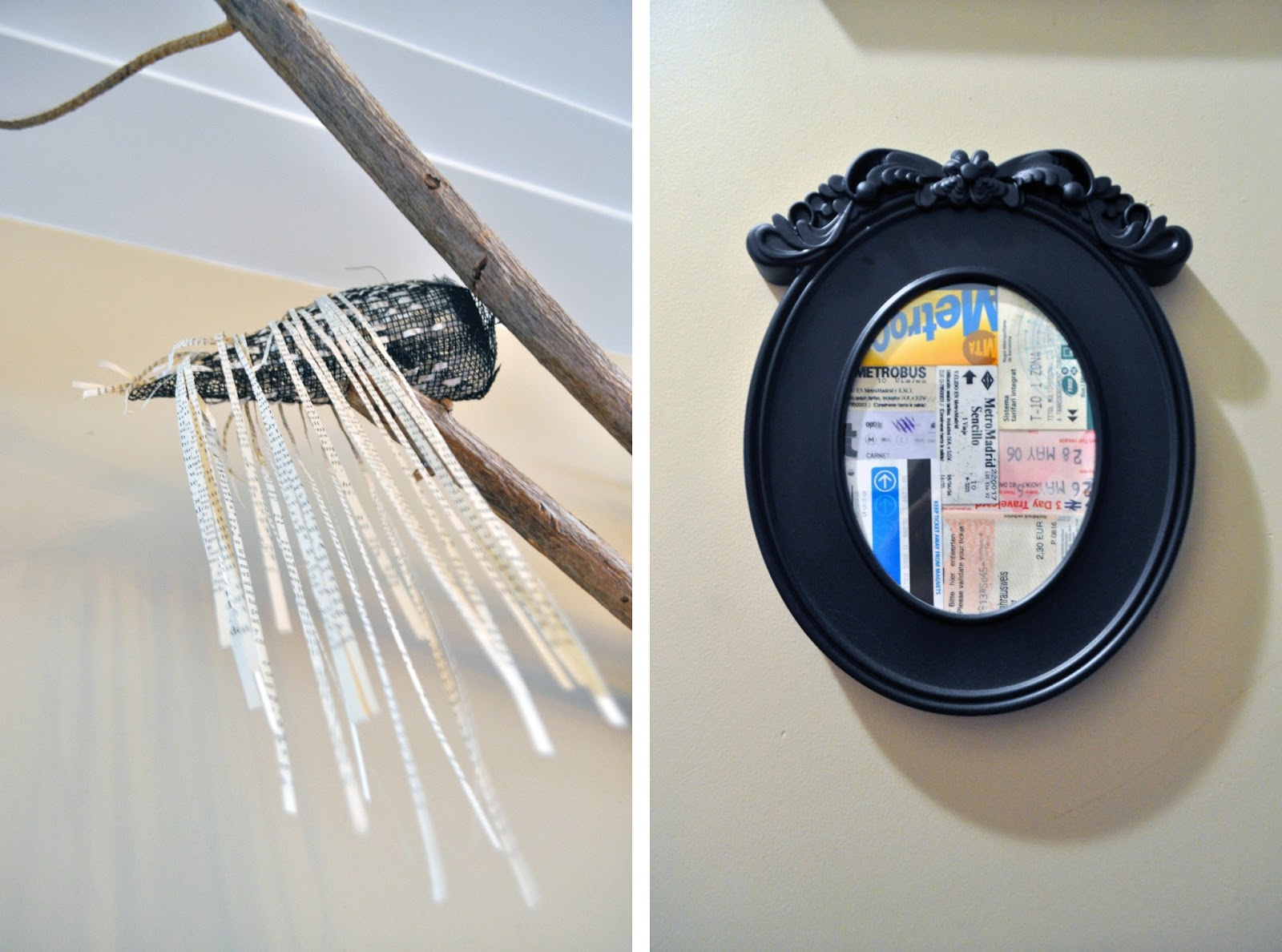 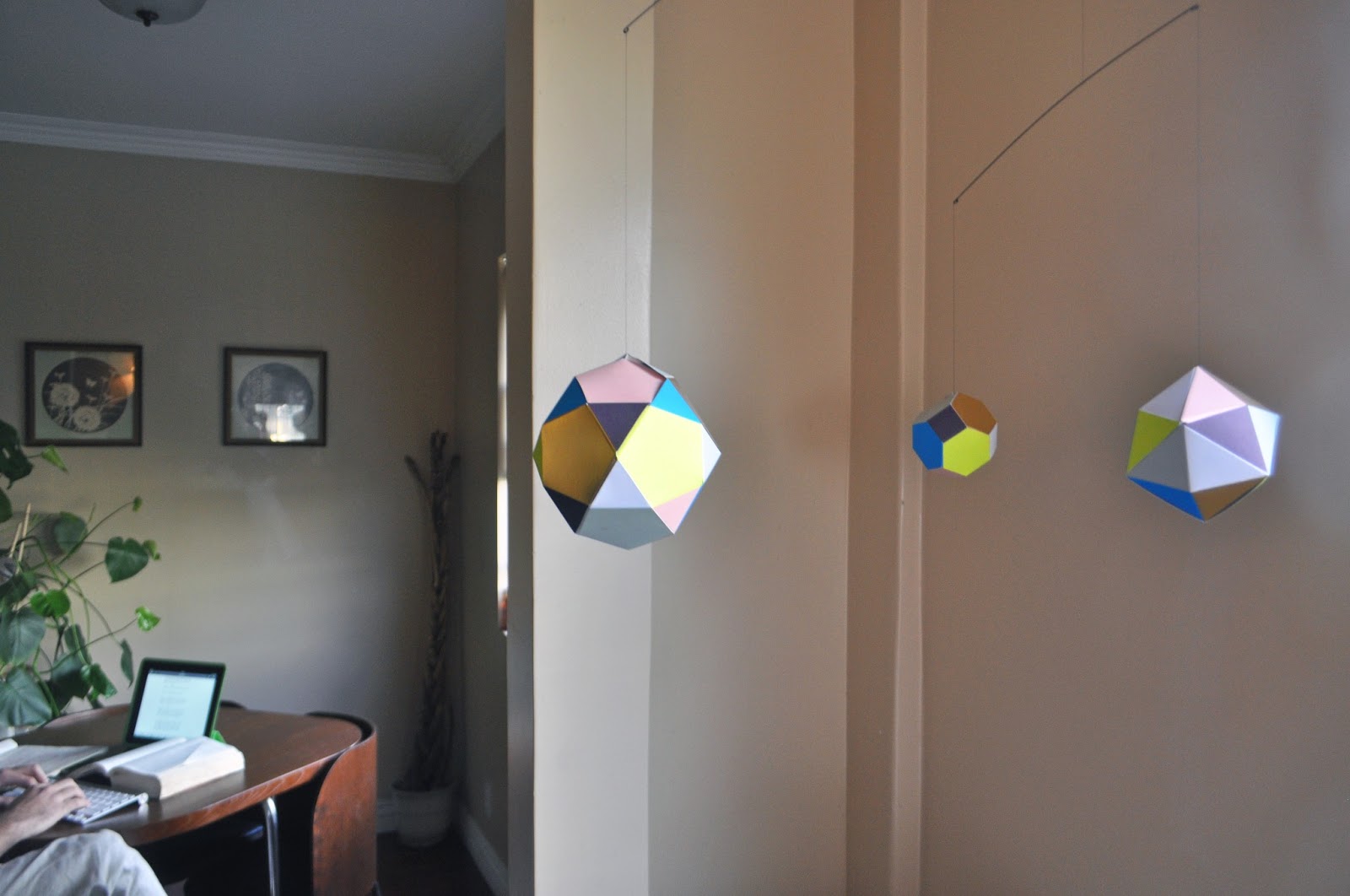 Geodesic mobile purchased from Poketo. I had to contrast the neutrality of my walls with some vibrancy. 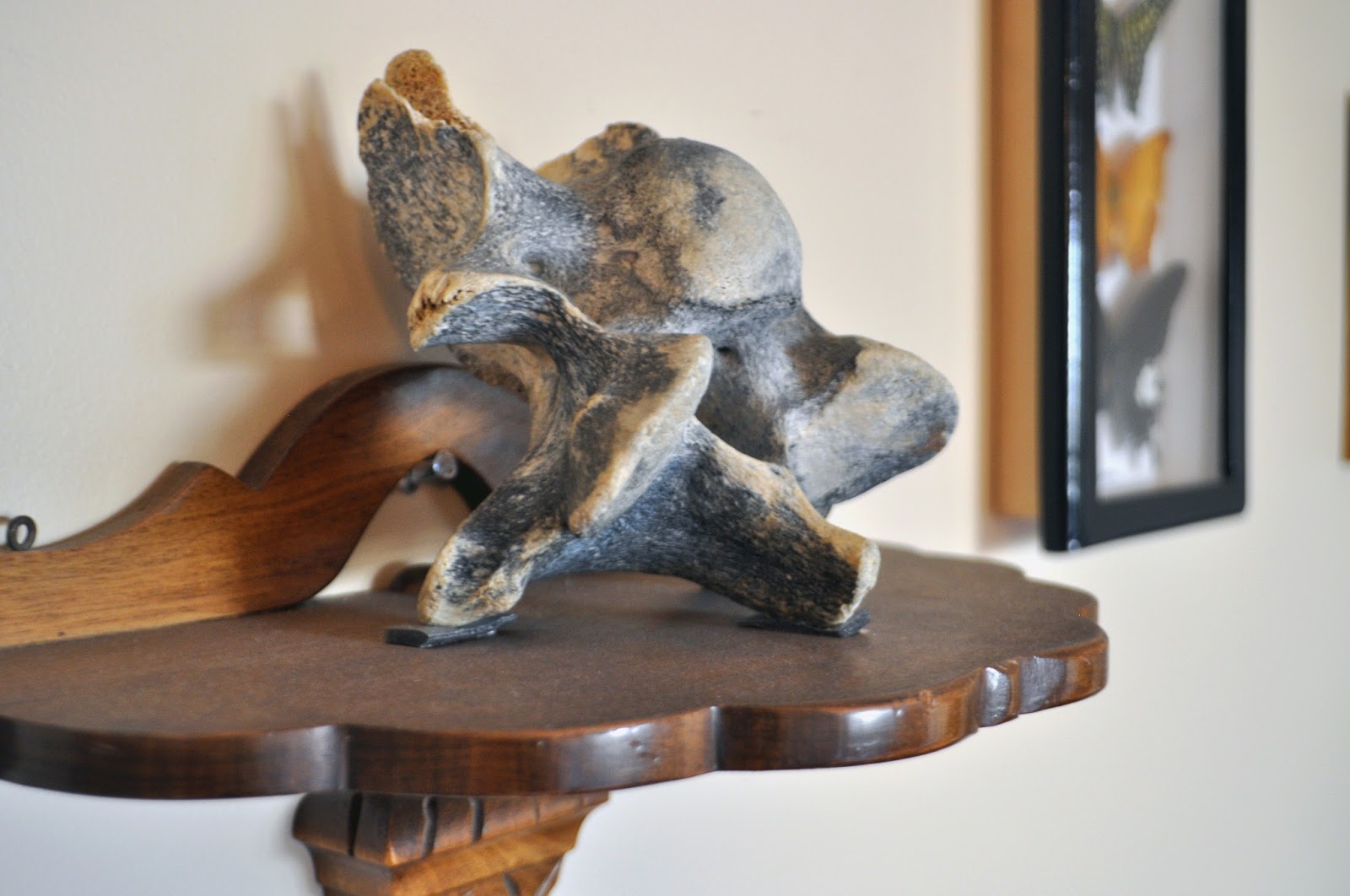 As much as I love living things (plants) I also love dead things. I found this fist-sized bone fragment while walking the sands of San Onofre Beach. 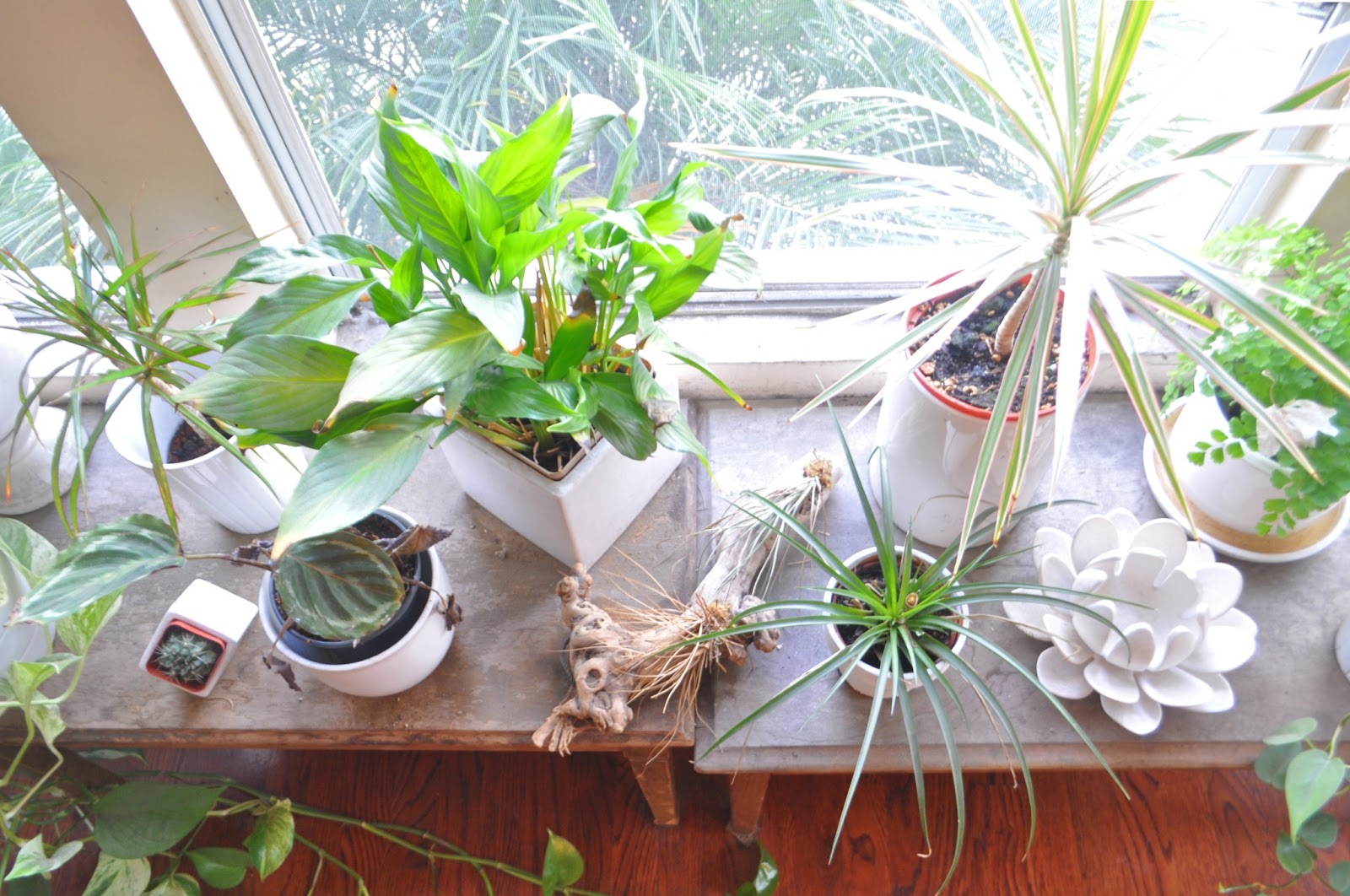 I made an (un)conscious decision to keep a uniform white planter at some point after amassing a few plants. Even during my last trip to Berlin I was extremely broke but made sure I brought a white planter back home with me (a deal at 1 euro).

JUNETTE
Susanne lives in Alameda in the Bay Area. She is a native Alameda-ite and she moved back home after college. Susanne is one of the "girliest" girls and most put-together persons I know, so I was curious to see where she stored all her cute jewelry and stylish clothes. Susanne takes us on a short tour of the place where all her Pretty happens.

My furniture is circa 2001-- 8th grade! Haha! Up until then my siblings and I shared a room of mismatched kid furniture (if you could even call it that). I was so excited to finally be able to have my own room. I was going through some sort of Laura Ashley country-chic phase and the off-white heavy wood furniture really spoke to the 13 year old me...

I am currently thumbing through this month's issue of Bon Appetit and my beloved Smitten Kitchen cookbook (not such a good idea at midnight when you're hungry). My iPad mini is constantly at my bedside for reading and browsing the Internet. I downloaded the Kindle app which syncs between my iPhone and iPad, ensuring that I am always on my most recent page even when I am on the go. Super useful for my commute to San Francisco. Currently reading Defending Jacob and Quiet: The Power of Introverts in a World That Can't Stop Talking. HA! :) 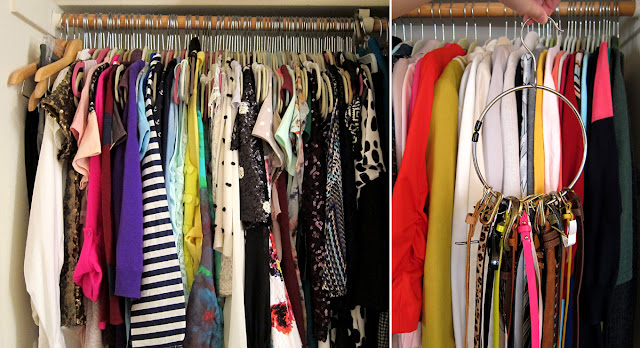 The belt hoop was from Amazon for $5. It's one of the best closet investments I have ever made. Before I discovered its magic, I had all my belts tangled up in a dresser drawer taking up lots of valuable space. This solution takes up just as much space as a jacket in my closet, keeps the belts organized, and makes it a cinch to grab what I need.

My jewelry collection is comprised of a lot of pieces from H&M, Forever21, and J. Crew. I had always been of the belief that I should spend less on clothes and more on the accessories to change up an outfit--hence a lot of frivolous jewelry that I quickly lost interest in or went out of fashion. In the past year, however, my views have changed. I now spend a lot less money on accessories and fast fashion. I make more thoughtful purchases, and pay a lot of attention to fabric quality, cut, and fit. Now that the majority of my week is spent working, I have to be sure that most of my clothes are interchangeable between the office and off hours. Same goes for my accessories. Every now and again I will get blinded by a dazzling piece of jewelry (J. Crew is usually the culprit), but even then I make sure that those pieces are made of quality materials that won't tarnish or break after a month.

My current favorites in beauty products:
1. Bioderma Crealine H2O Miscelle Solution for removing makeup--comes with a cult-like following for a reason. A friend brought it back for me from France and I am hooked. I have heard that French women use this to clean their face instead of tap water, which in France is supposedly harsh on the skin. Who am I to argue with the French?
2. NARS Light Reflecting Pressed Powder for the perfect finishing touch. This is a pretty new product but has quickly jumped to the top of my favorites list for its skin-perfecting qualities without making your face look cakey, a gripe I have with most finishing powders.
3. Shiseido Nourishing Mascara Base + any drugstore mascara = long, voluminous lashes that look as good or even better than what you get from a $30 high-end mascara. I get a lot of compliments on my lashes and this is my best kept secret as they are actually quite wimpy. (Editor's Note: I would HARDLY call her long voluminous lashes wimpy...)
4. Mario Badescu Vitamin C Serum when my skin is feeling tired and dull. A few drops of this after I get out of the shower and the next morning my face feels smooth and looks radiant again.
5. The pink BeautyBlender sponge is my #1 tool for seamlessly blending concealer under the eyes and around the nose. With proper cleaning and care, one sponge has lasted me through years of usage.
6. Burberry Lip Velvet in No. 312 Hawthorn Berry looks scary almost-brown in the tube but goes on like the best dark vampy red for a dramatic look during autumn/winter days when I am feeling daring or for date nights.
7. Chanel Joues Contraste in 72 Rose Initial is the perfect medium pink that looks beautiful on all skin tones.

I asked Susanne to share with us about the secrets of Alameda and the Bay Area.


My favorite thing about the Bay Area is the abundance of delicious, fresh, innovative food. Although you can always hear me hating on the weather, there's no denying that the food and drink scene here leaves little to be desired. Food plays a huge part in the Bay Area's identity and claim to fame as the place where farm to table dining was born (thanks to chefs like Alice Waters of Chez Panisse).

American Oak in Alameda had the best cocktails and fried chicken skins (cleverly named "chick"-a-rones), but their kitchen recently burned down so I have been deprived. Anxiously awaiting their restaurant reopening!!! Fingers crossed.

I try to make an effort to go out beyond Alameda, so the places that I have been loving lately are all over the Bay Area. Some less well-known Bay Area spots that I like and won't necessarily show up on a "Top Restaurants in the Bay Area" list if you were to Google such a thing: Xiao Long Bao Kitchen in South San Francisco for my for Chinese takeout and soup dumplings (the owners there know my order by heart and are always generous with the portions). Comal in Berkeley for some strong margaritas. Ippuku in Berkeley for izakaya-style Japanese. Amakara in Dublin for the ramen and fresh sushi. Pho Saigon in Pleasanton for the only pho that I really like other than my mama's. Tucker's in Alameda for the young coconut ice cream. Alana's in Burlingame for oatmeal pancakes and the option of choosing homemade coffee cake or a scone as your side instead of toast (oink oink). Plant Cafe Organic in SF for fresh juice and smoothies (their veggie burger made of lentils, mushrooms, beets, cashews, and bulgur wheat is the only non-meat burger I will eat happily). La Taqueria in the Mission for the best tacos outside of LA. The taco truck off of International and Fruitvale in Oakland for my favorite burrito (pickled carrots, whole stalks of green onion, and fat radishes served on the side). The Cubano sandwich from That's It Market in the Mission for when you're drunk and crave something so ridiculously, deliciously greasy that it will knock you out faster than the alcohol coursing through your veins. Vien Huong in Oakland for the best hangover cure of chow jew ho fun noodle soup with sliced liver, shrimp, pork, chicken, the works. King of Thai Noodle (various hole-in-the-wall locations throughout the Bay Area) for the best pad kee mao. I could go on and on but I am getting ravenous all of a sudden and will now go scour my kitchen for a snack.
Labels: Alameda, art, At Home in the Curious City, Bay Area, beauty, friends, home, interior design, Junette, los angeles, Monica