FARMER'S MARKET RECIPE
at home in the curious city

Over the weekend we went to the Silver Lake Farmer's Market to buy some fresh and local groceries. Monica picked up some plump tomatoes and Junette got some tasty bok choy and bread pudding. Below are two dishes we made with our respective produce.

MONICA
MEXICAN FARROTTO
Angelinos don't mess around when it comes to Mexican food. We know what's good and we know how we like it. When I cook Mexican at home, it mostly involves a lot of cheese and carbs in the form of a quesadilla or burrito. Not the healthiest but damn right delicious. After many guilty and greasy nights I decided to try my hand at cooking a less fatty but still flavorful Mexican food. This is a twist on traditional Mexican rice, substituting rice with farro, a whole grain with lots of nutrients. It is a great side dish, perfect for stuffing in a burrito, or on it's own topped with some fresh avocado and salsa as a light meal. I've also made this recipe with quinoa instead of farro which turned out lighter and fluffier. 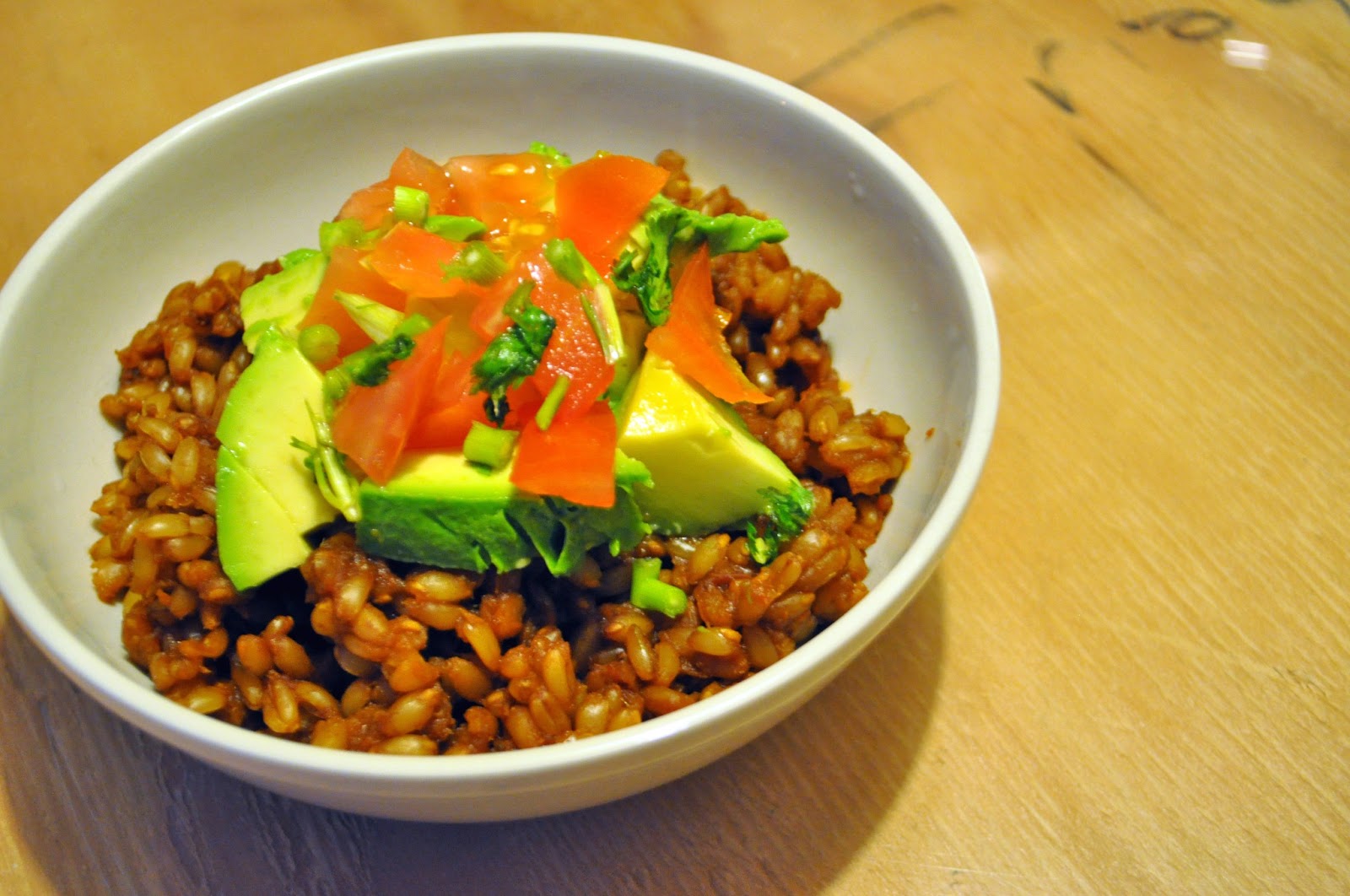 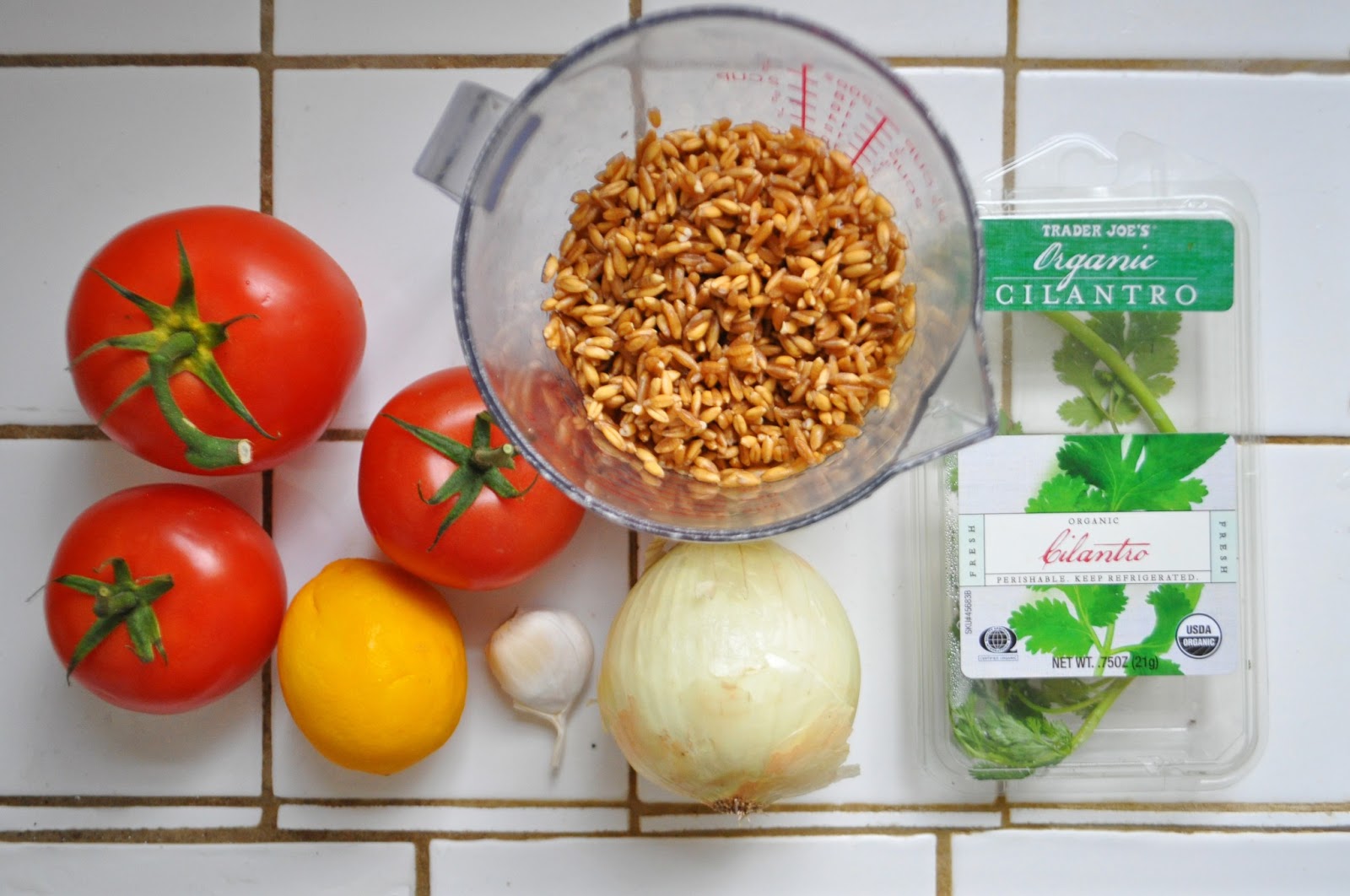 Roughly chop up the onions, garlic, cilantro, and tomatoes. Put in a food processor or blender along with the juice of 1 lemon or lime. Blend until the mixture becomes liquid. There should be 2-2.5 cups of liquid. 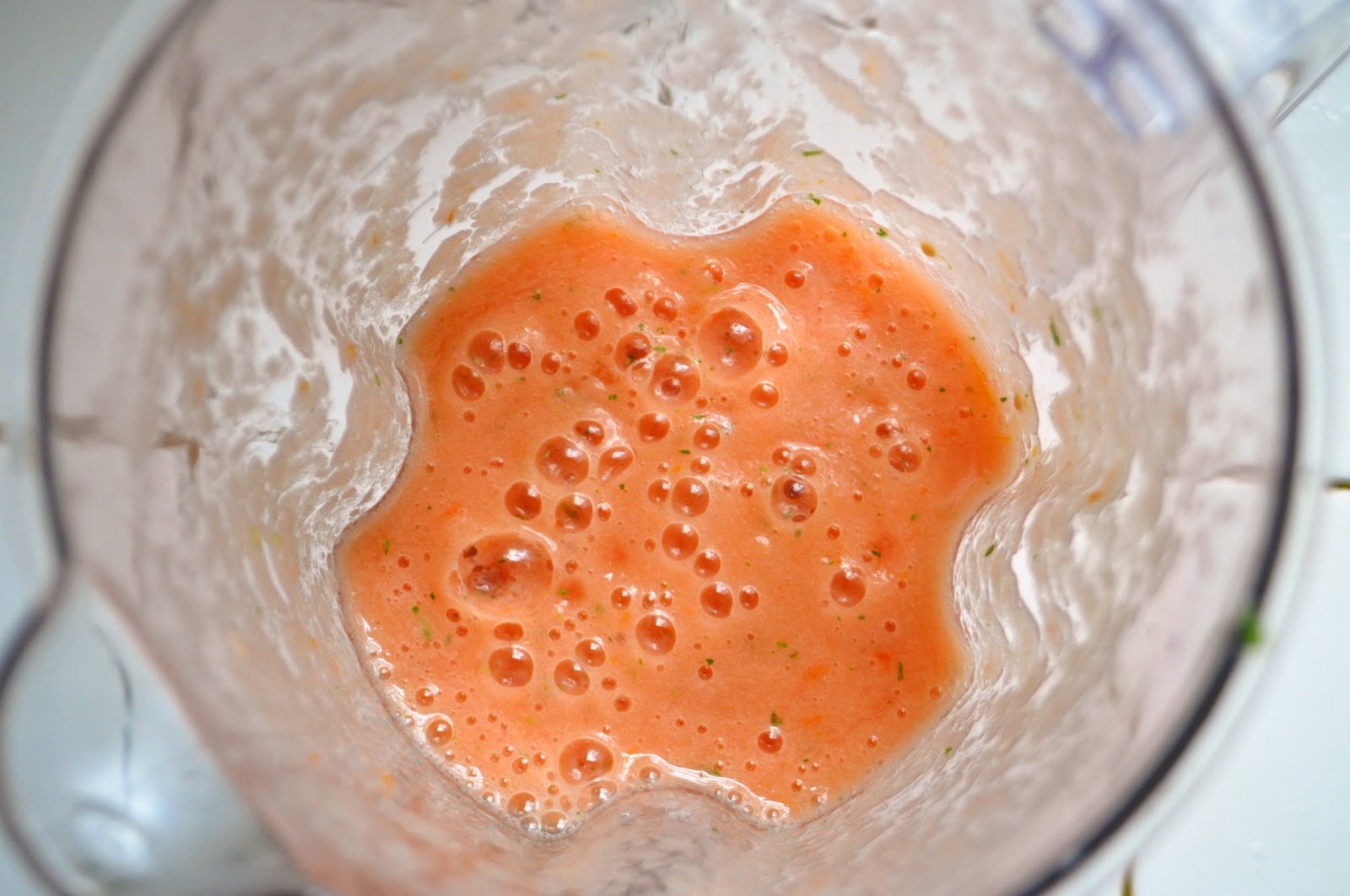 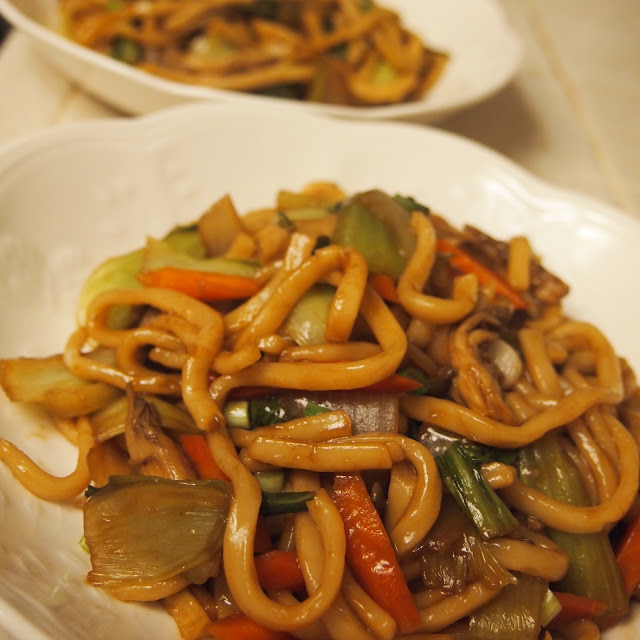 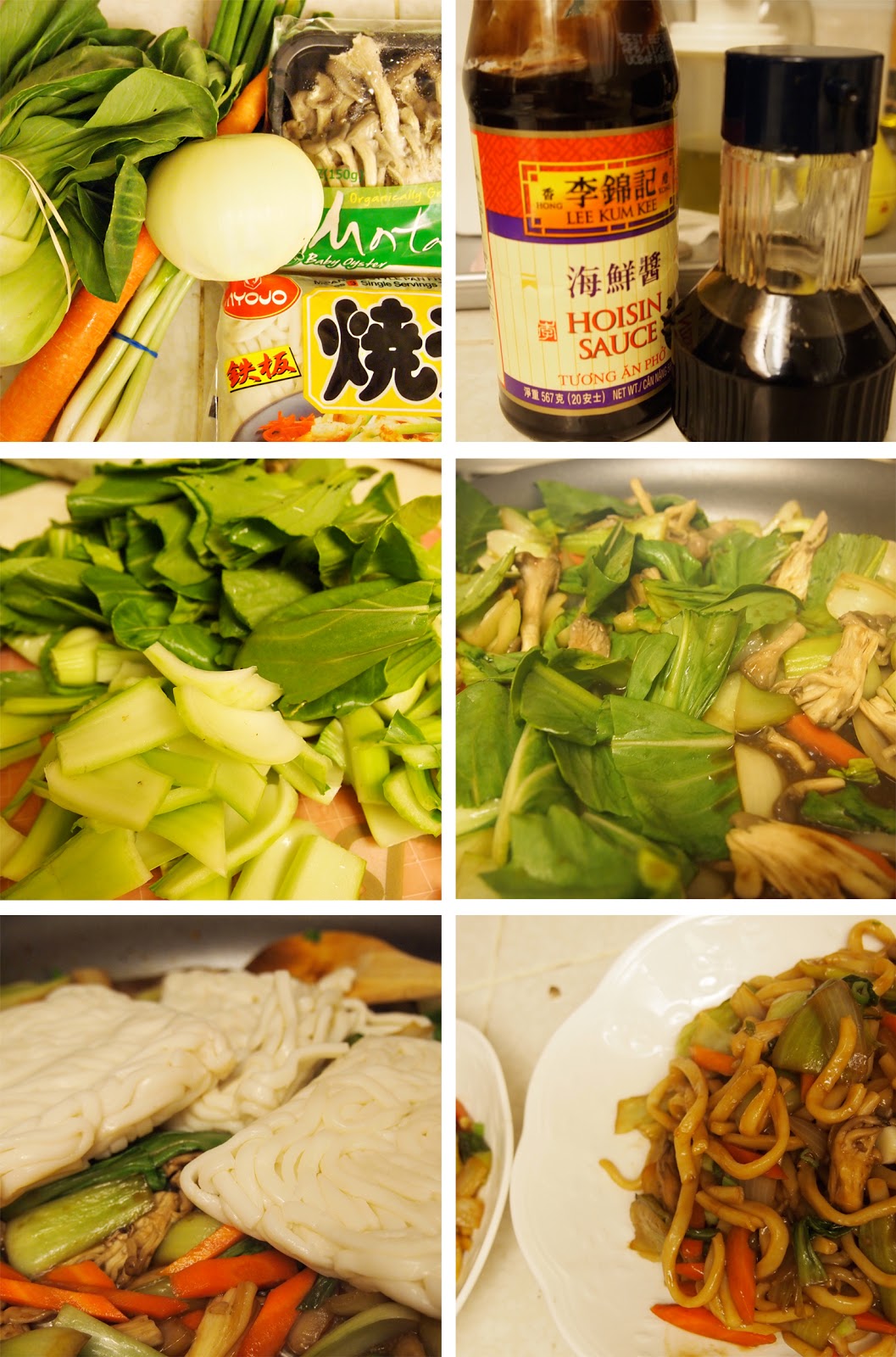 1. Wash and chop up your bok choy. Separate the leafy parts from the stem. You will want to cook them separately since the leafy part will cook much faster. Chop the other vegetables. I chose to cut the onions and carrots more in thin slices, but whatever you desire.

3. Add the noodles. I used prepackaged noodles from the Korean market. They came in a pack of 3, and I used all the noodles. Though they look like udon noodles, I made sure to buy the ones that indicated that they were for stir-frying. Slowly let the noodles break apart, all the while stirring. Add the green onions on top at the very last minute.

It's pretty easy and quick, and it's the first time I really cooked anything just by taste. You can't go wrong here!