THIS WEEK IN LA
discover the curious city 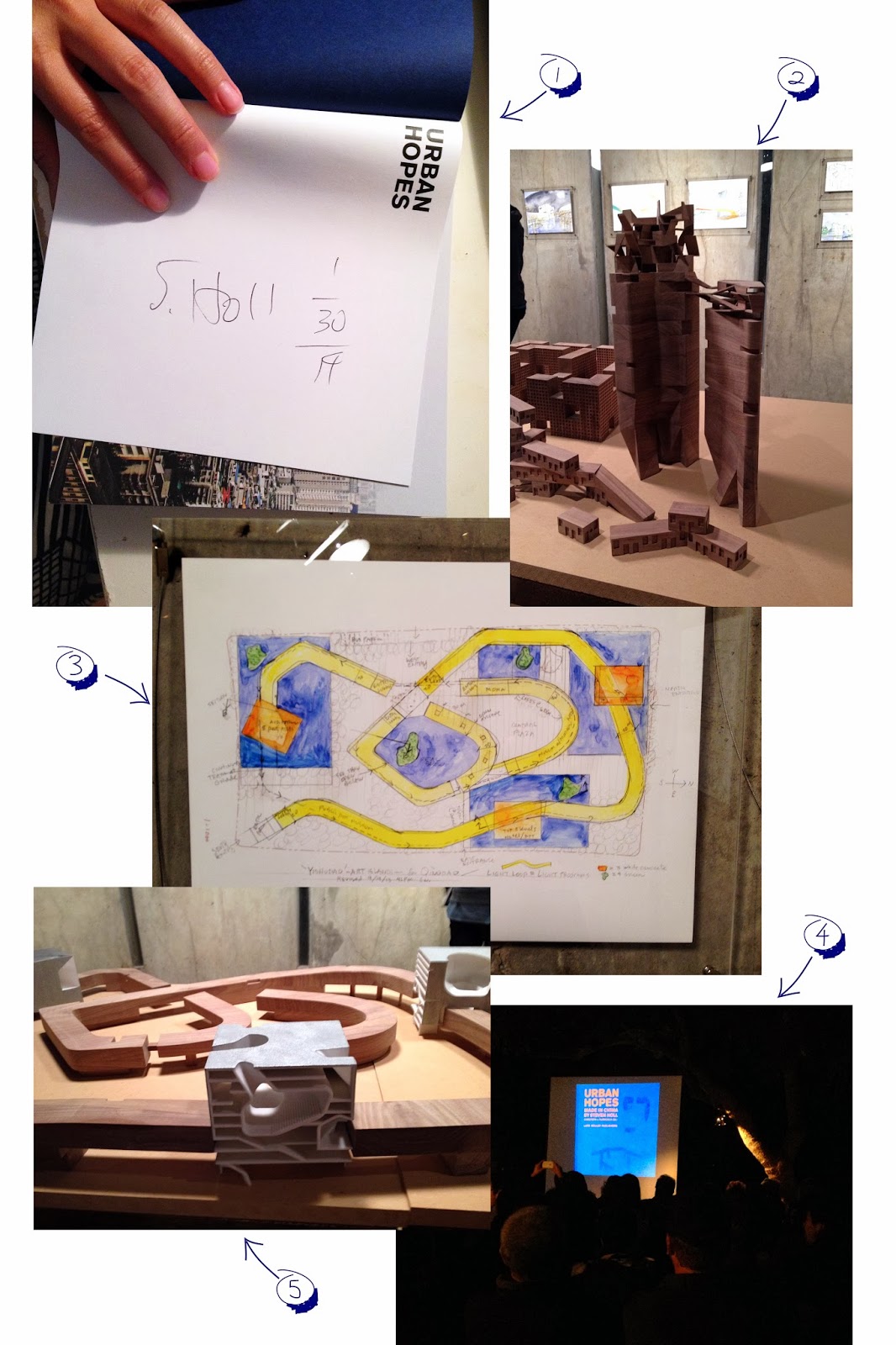 Junette tipped me off on the exhibition City in a City: a Decade of Urban Thinking by Steven Holl Architects at the Mak Center/Schindler House. The exhibition on show through March focuses on Steven Holl's ultra urban projects in China which has also been the crux of my work. Steven Holl was the first architect who made sense to me as an overwhelmed architecture student so the chance to hear him lecture this past Thursday was immense.

1/ I had the most awkward stalker moment after the lecture when I asked Steven Holl to sign my book.
2/ Wacky model of the Dongguan project. The towers were literally modeled after some chicken scratch sketches he and his colleagues made eyes closed on a train ride.
3/ Steven Holl's signature watercolor sketch of a project in Qingdao which is also the city of the first built project I ever worked on woohoo.
4/ The lecture was held outdoors in the Schindler House garden under unexpected rain, but also so appropriate since Steven Holl is from Seattle.
5/ Model of the Qingdao project 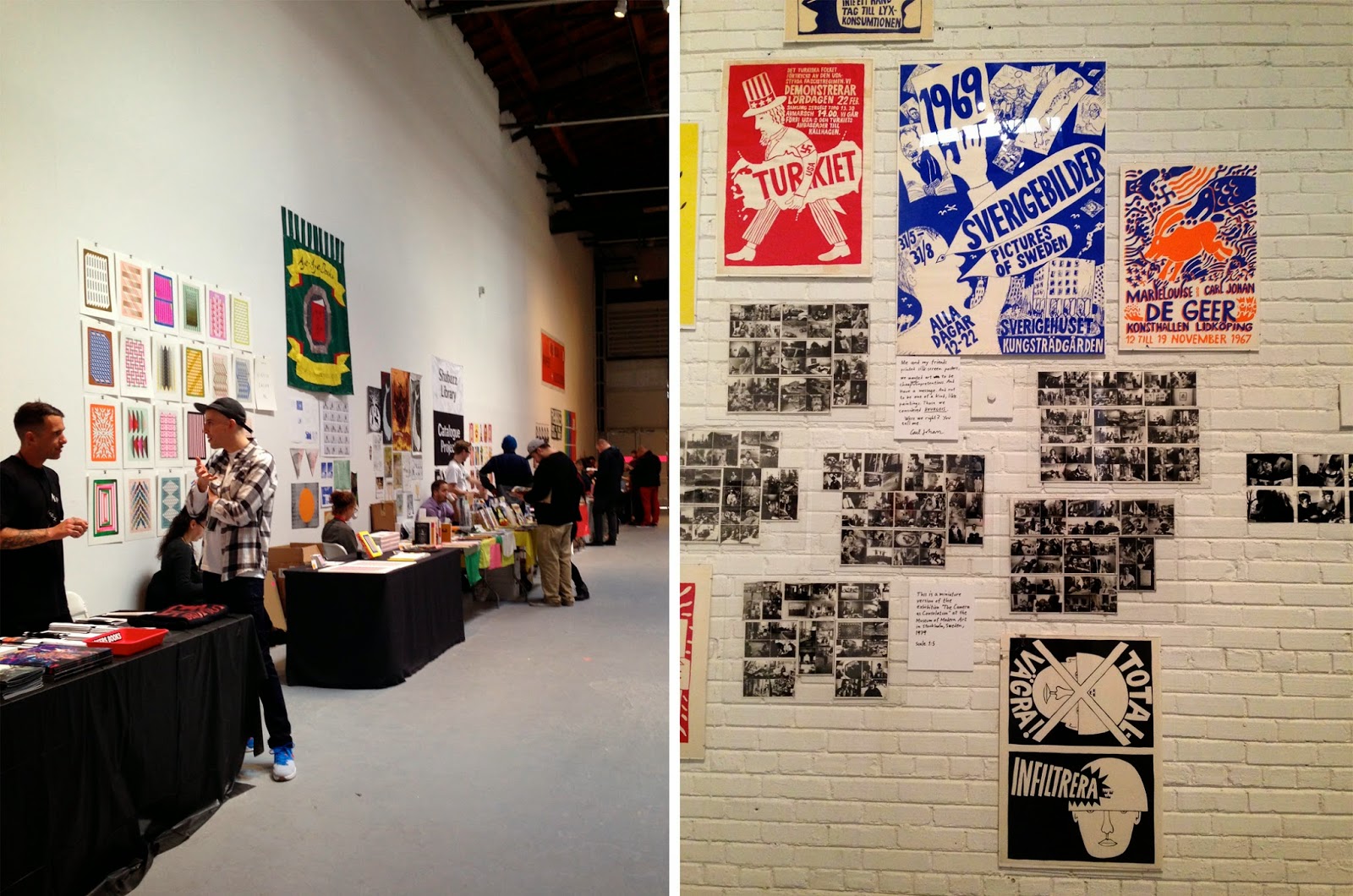 I stopped by the Geffen Contemporary during lunch because it happens to be so close to my office. I was of course drawn to the exhibit because it's called the LA Art Book Fair. I had visions of the Scholastic book fairs of my childhood dancing in my head. Rather than being a more formal art exhibit, there were just a few exhibits and mostly booths for exhibitors like a fair would have. I was surprised to find that there are so many indie book publishers out there. If I had more time I would definitely have browsed the books on the tables, but I was just happy soaking up all the typography and paper. 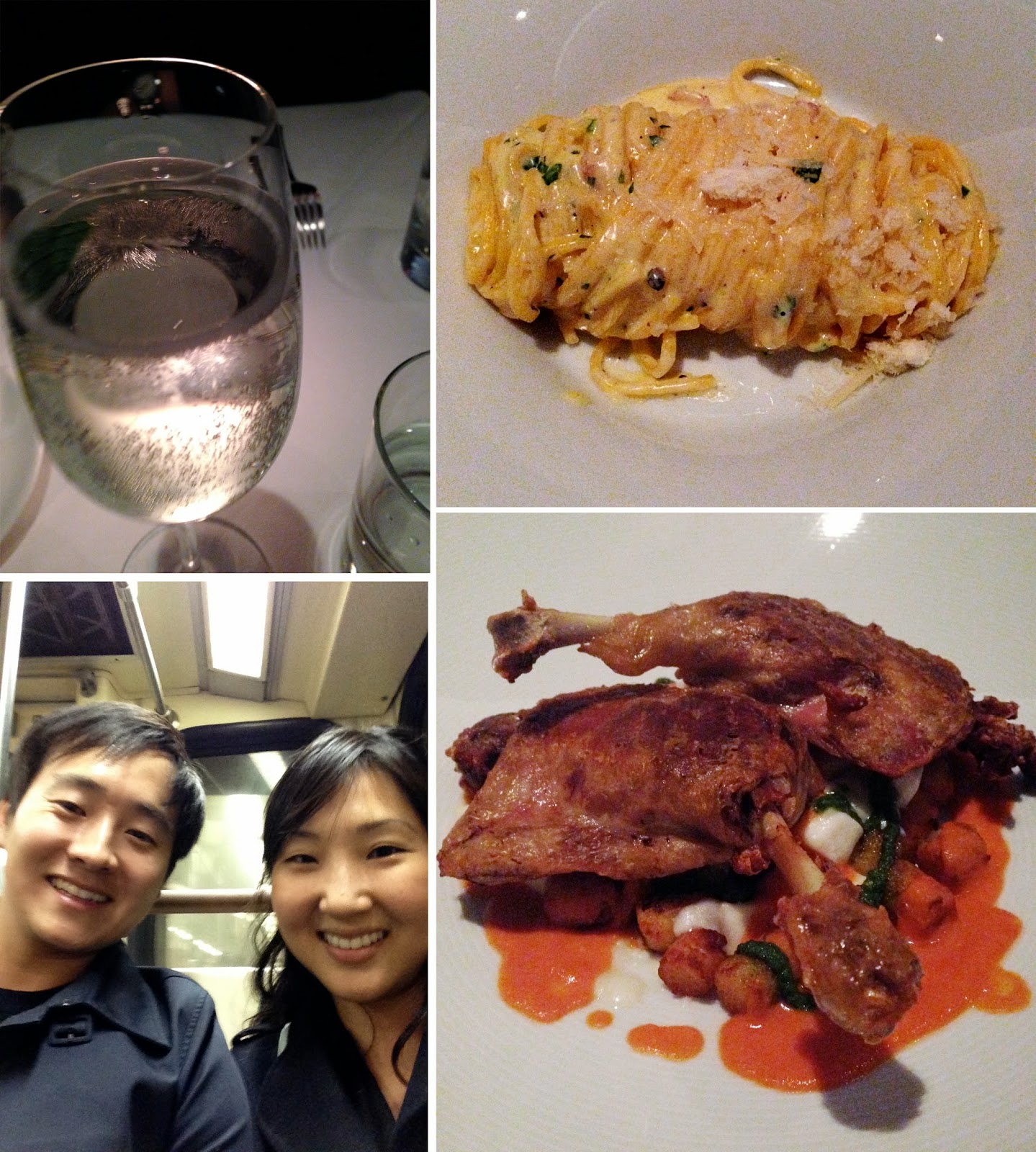 This round of Dine LA, I decided to go to with more of a classic restaurant. I know that it's not the newest and most exciting restaurant these, but I've never been, so Drago Centro it was. Although I was hesitant about the Dine LA menu because the main course was not pasta (I do love my pasta), I'm glad we ended up choosing from the Dine LA menu. I was able to enjoy a delicious duck entree, which I probably would never have ordered if it hadn't been part of the Dine LA menu. I enjoyed every last bite of the dessert too. We took the subway there to avoid the hassle and cost of parking, and it was fun to bundle up. And just like that, our eating-out money for the month was gone at at the swipe of a card at Drago Centro.
Labels: architecture, art, books, Dine LA, Discover the Curious City, Downtown, Junette, los angeles, MOCA, Monica, museum, public transit, West LA