Old and young, high and low

1. Dating younger men was always something I'd been open to, but I've actually never had the opportunity to do so. My mom always told me growing up that all men are so immature that their age doesn't change much, so just date a younger guy. Whether they are younger or older than you, they're all immature. I don't know how much truth there is to mama's advice. Although I don't have any real dating experience with younger guys, I have definitely dated immature ones, so I guess we're doomed no matter what. This episode reminded me of a younger guy friend - very respectable, kind, and mature for his age (20!) who recently broke up with a girlfriend (older). He seemed pretty heartbroken last we spoke, and I didn't pry. He did tell me that part of the problem was that she had a hard dealing with their age gap and specifically his under-21 age. As much as I hate to admit it, immaturity is not strictly a male thing. This girl, my friend's ex, she seems to be the one who is immature. She was so stuck on the fact that he's younger than her friends that she let it ruin the relationship. A smart, mature woman would've seen what she had and said, "who cares? as long as I'm happy with him." Is it really so important to be able to go to the twenty-something clubs together? That's so...fleeting. 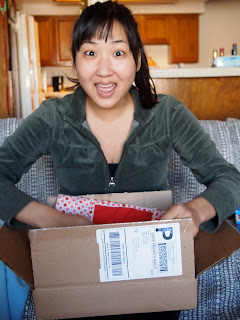 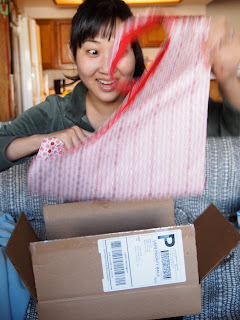 
2. At the end of the episode, Carrie has one last flirtation with Mr. Big, and she says: Maybe all men are a drug. Sometimes they bring you down... and sometimes, like now, they get you so high. In the past my relationships all ended way before or just at 6 months. Among other complications, I would just lose the feelings I had for the guy and I would mentally move on. When we first started dating, those highs and lows were there and I secretly expected things to fade over time. Actually the highs are still very high. Let me tell you, Carrie girl, I know what you mean about that high! (See photos above.) I think it's a very good indicator that I still feel so excited when I know we're e.g. meeting that day, sometimes I'm even a little restless and unable to sleep. But the lows - oh the lows. I would feel so sappy and sad, and looking back it's for no damn good reason. For example, we had plans to meet that fell through - nobody's fault. Or, I was hoping we'd magically have time to meet when we were both busy as heck, and when it wouldn't happen, what a low! Can we say pansy sauce?? Geez. Anyway, let me quit being annoyed at myself. I know relative to many other relationships, we're still young, but for me being able to feel this happy high at this point in the relationship is epic. How have you long long long term folks out there fared?
Labels: Junette, relationships, Sex in the Curious City