MONICA
There are eight culinary traditions in Chinese culture based on the different major regions across China. But as I mentioned before in the previous post, the community living in Chinatown today is mostly Cantonese, so the food found here is predominatly Cantonese food. Cantonese food is the most popular Chinese cuisine in Western culture and I can see why - it's fun to eat, the variety of dishes are endless, and it's just so delicious.

My guide to good eats in Chinatown will consist of my favorite restaurants that specialize in different types of Cantonese food. Because Chinatown is a tourist destination, you don't have to worry about not speaking Chinese. Everyone speaks English and the menus are printed in both Chinese and English.

Chinatown Food - Quick and (Gr)easy
Dim Sum
I would describe Dim Sum as Chinese tapas or afternoon tea. The food is prepared in bite-sized portions and served in small steamer baskets or plates. You usually pick a dish from a moving cart that is circling your table - this is the fun part. Eating dim sum is paired with drinking tea which helps clear the palate each time before you eat something new.
BBQ
If I were playing Pictionary and the word was Chinese BBQ, I would draw a row of hanging ducks, chickens, and pigs with oil dripping down their feet behind the window of a restaurant. I'd probably draw a pair of chopsticks too. Hopefully you would guess correctly because this is typically what you'd see when you step into a Chinese BBQ restaurant.
Traditional
Basically everything you could ask for, no surprises, just good old Cantonese food.
Seafood
Canton, or Guangdong, is located on the southern coast of China, so the Cantonese know their seafood. They love their fish, crab, lobster, shrimp, scallops, abalone, shark fin - you name it. At seafood restaurants, you usually get to pick your fish right out of the fish tank so you know it's fresh.
Baked Goods and Pastries
Vietnamese
There is a large Chinese-Vietnamese community in Chinatown so it is pretty easy to find a good bowl of pho. 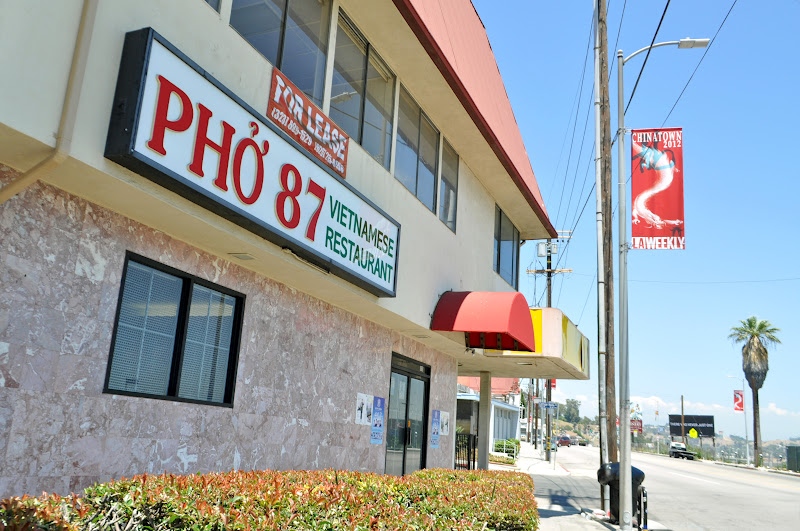 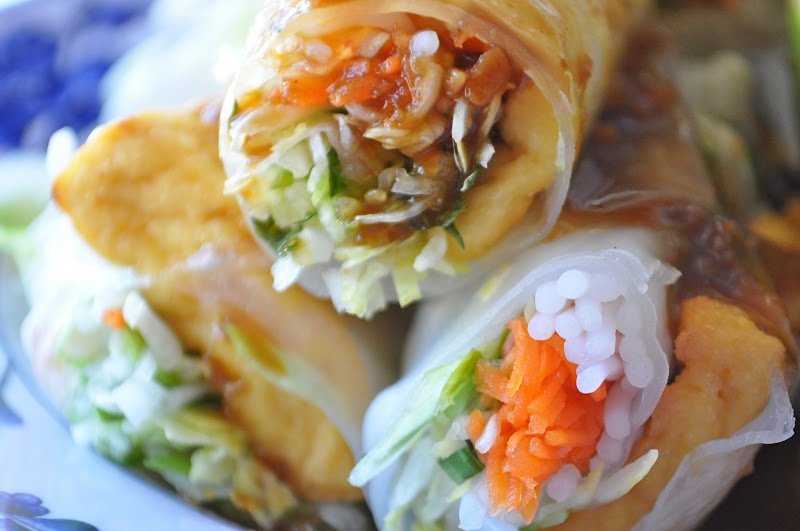 Check out our other guides on Chinatown and Koreatown:
DEMYSTIFYING CHINATOWN // KOREATOWN
PLAYING IN CHINATOWN // KOREATOWN
JUNETTE
The food in Koreatown is endless. I could go on and on, and to be honest, I think that I don't know most of the restaurants. Since I come from a Korean household, we ate Korean food at home. Going out was reserved for non-Korean food that couldn't be made at home.

For those of you who are completely mystified by where you should eat in Koreatown, here's a basic guide of nonthreatening foods that even the pickiest eaters will eat. I've put 2 restaurants in most categories - one where I've seen lots of non-Korean speakers and one where I haven't. If you'd like to delve deeper into Koreatown, Jonathan Gold wrote up a guide to Koreatown earlier this year. Also, Yelp has really made Koreatown much more accessible.

Koreatown Food - Quick & Easy
Soon Tofu
Soon Tofu is basically spicy tofu soup/stew with beef/pork/veggie/seafood with rice and side dishes. It's so delicious, easy to eat, and customizable for your spiciness tolerance level. It's so good on a cold day, after snowboarding, or if you're feeling sick.
Bastardized Chinese Food
Because of proximity to China and a long history rooting back to China, one type of Korean food is Chinese food, but it's not really Chinese food. It's more like bastardized Chinese food, but it's one of my faves for greasy goodness.
Bastardized Japanese Food
Koreatown also has some Koreanized versions of Japanese food. Koreatown sushi is okay, but unless you want to pay $100000 for dinner, most sushi places are just mediocre and give you 5x more rice than sushi. Instead I recommend:
Shabu Shabu
Korean shabu shabu is different from Japanese shabu shabu. The Korean shabu shabu is cooked in a communal pot, but Japanese shabu shabu is individually pots. Actually Koreans call it "Genghis Khan," which actually sounds more like "jing-giss-khan." I like shabu shabu bc it's relatively healthy - meat, and the Korean version has a LOT of veggies. At the end, most places make you some fried rice on your grill, but you don't have to eat it... Shabu shabu is usually pretty pricey.
BBQ
The classic. Do I even need to explain? Korean BBQ is so delicious and popular that I have to include several spots. 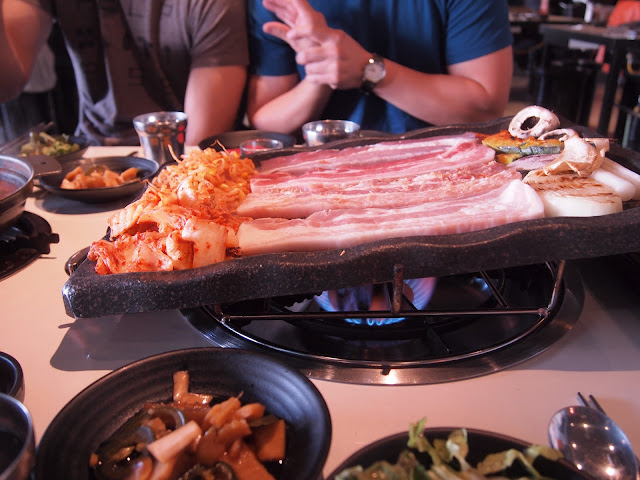 Bar Food
Drinking is a very popular pastime in Koreatown, but more on that later. Let's talk about the food. The bar food can be really good.
American Food

Eazy-E(ats)
If you don't want to deal with the wait, the language barrier, or choosing one place to agree upon, there are some good food courts in Koreatown.

I'm sure I missed a ton of great places, but there's just SO MUCH FOOD! Happy eating!