AT HOME WITH A FRIEND Vol.4
at home in the curious city

MONICA
Rita and Stuart live in a cozy home in Westchester. They gutted and redid most of the house a few years ago when they first purchased it. Recently Stuart, an architect, remodeled the kitchen for Rita. Prepare to be inspired by their well-traveled good taste as they show us around their home. 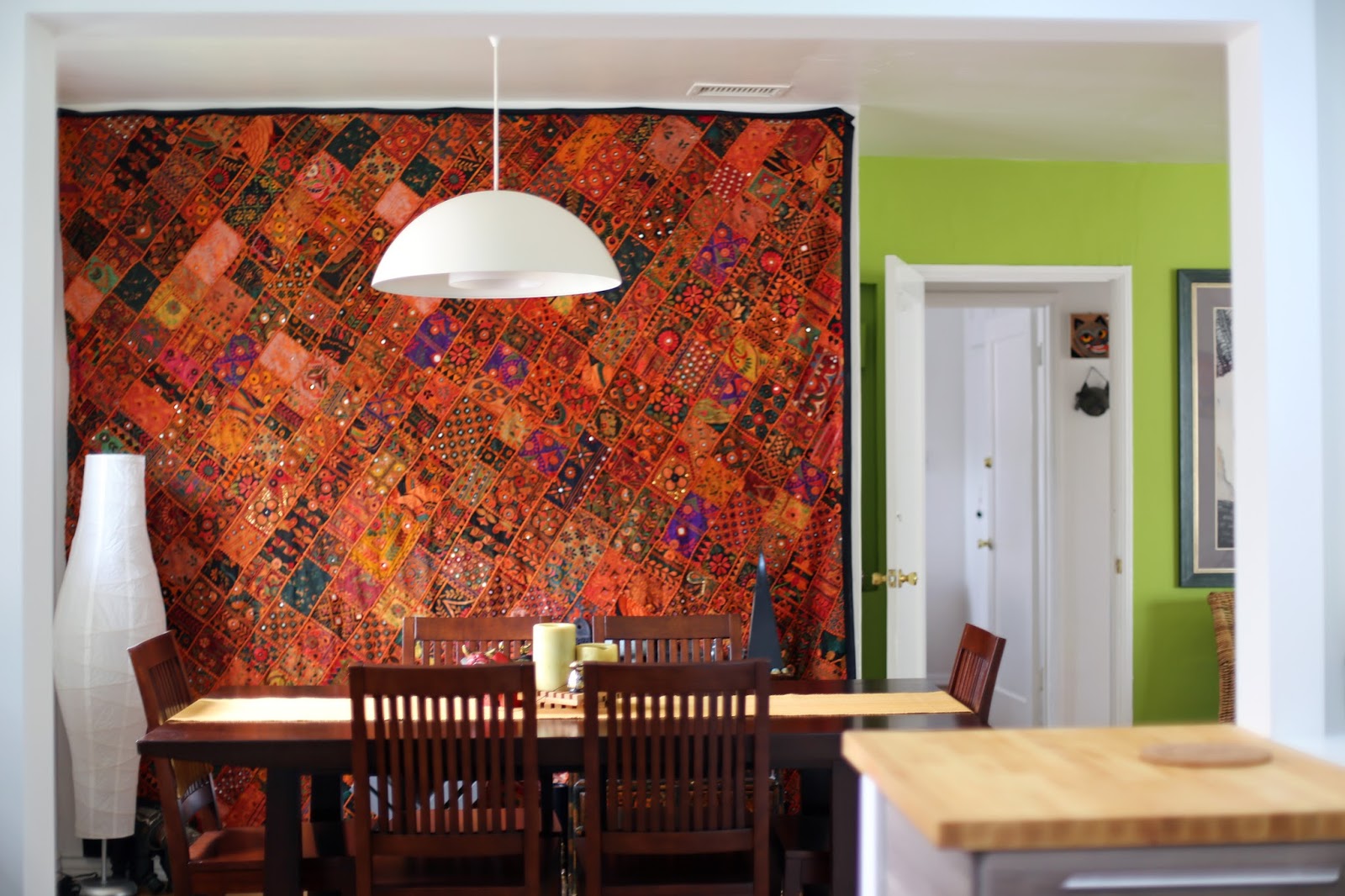 The Chef's view of the Dining room, the wall hanging is a bed spread from Rajastan. 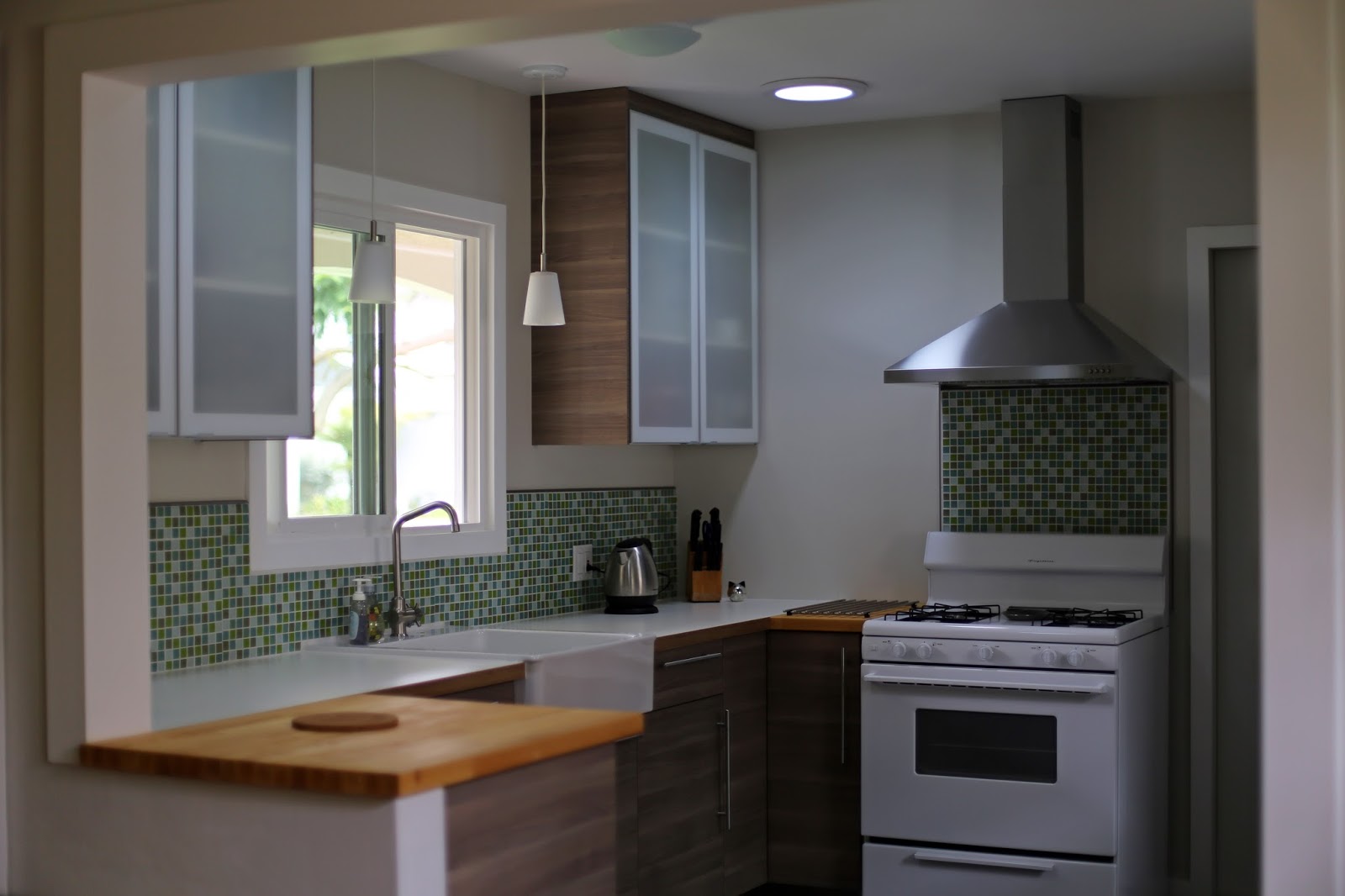 We recently opened up the dining room and redesigned the kitchen. The light pipes really brighten it up. 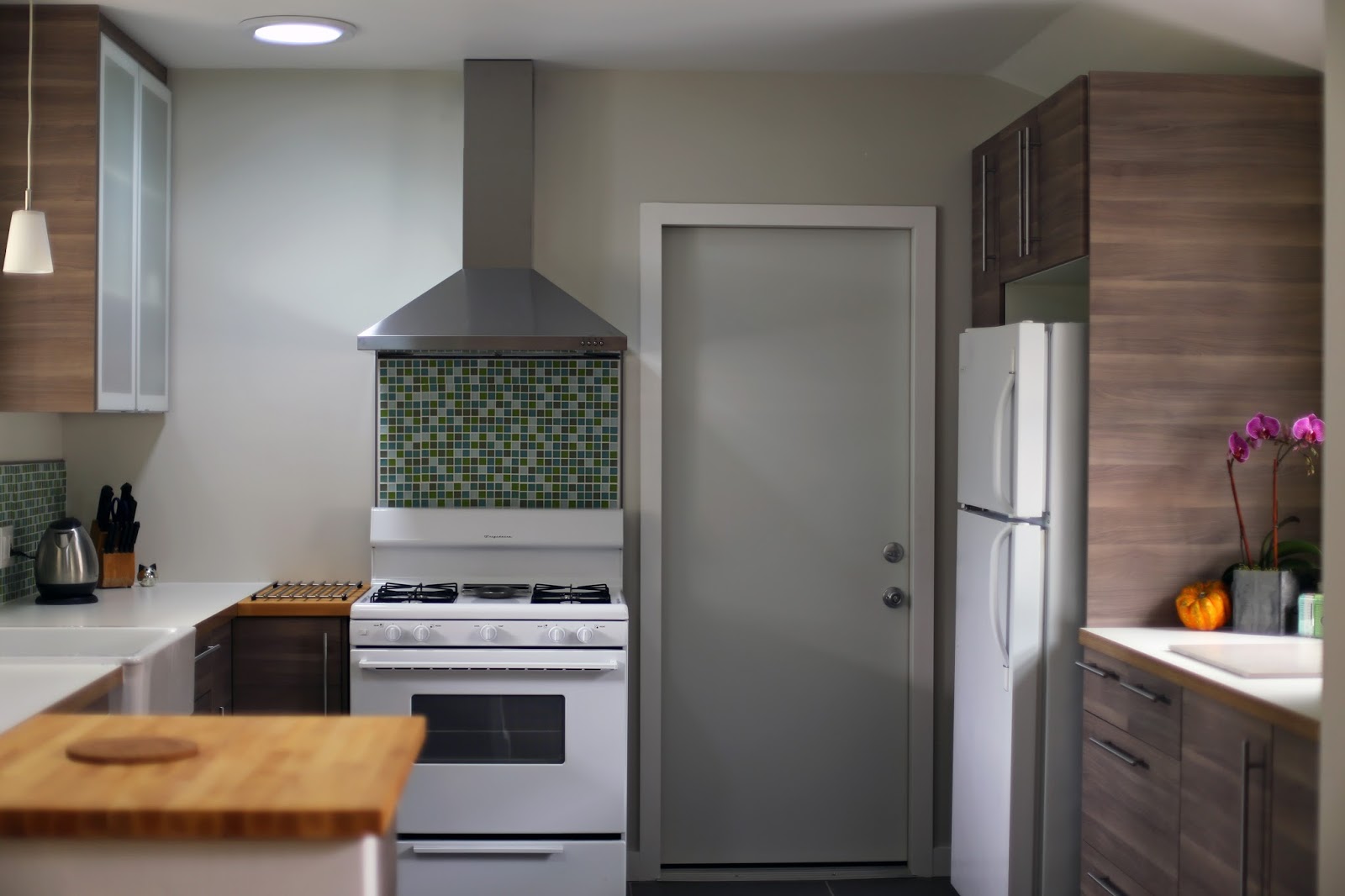 The remodeled kitchen; the ugly fridge continues the insurgency against an otherwise splendid Ikea-esque contemporary utopia. 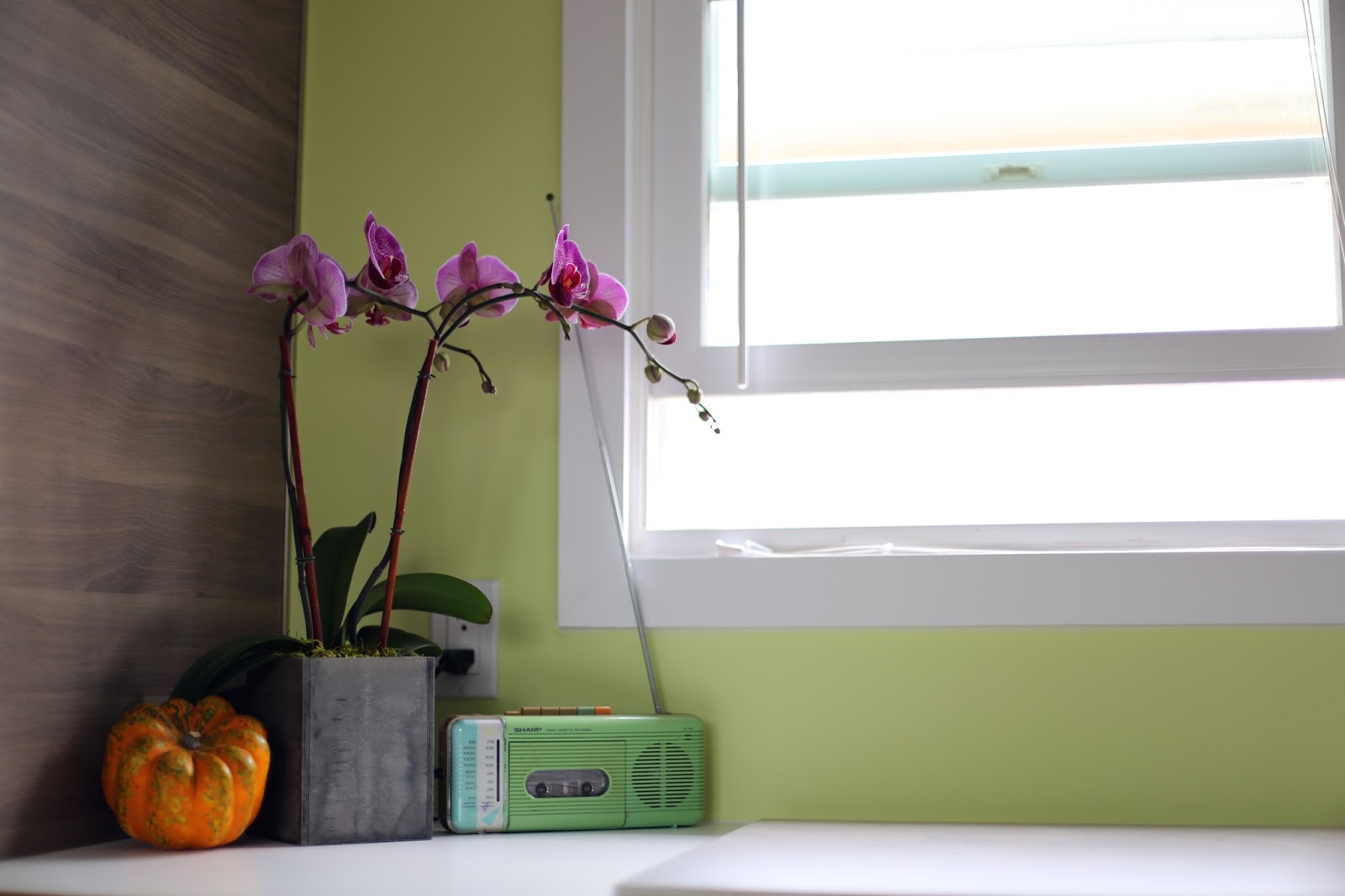 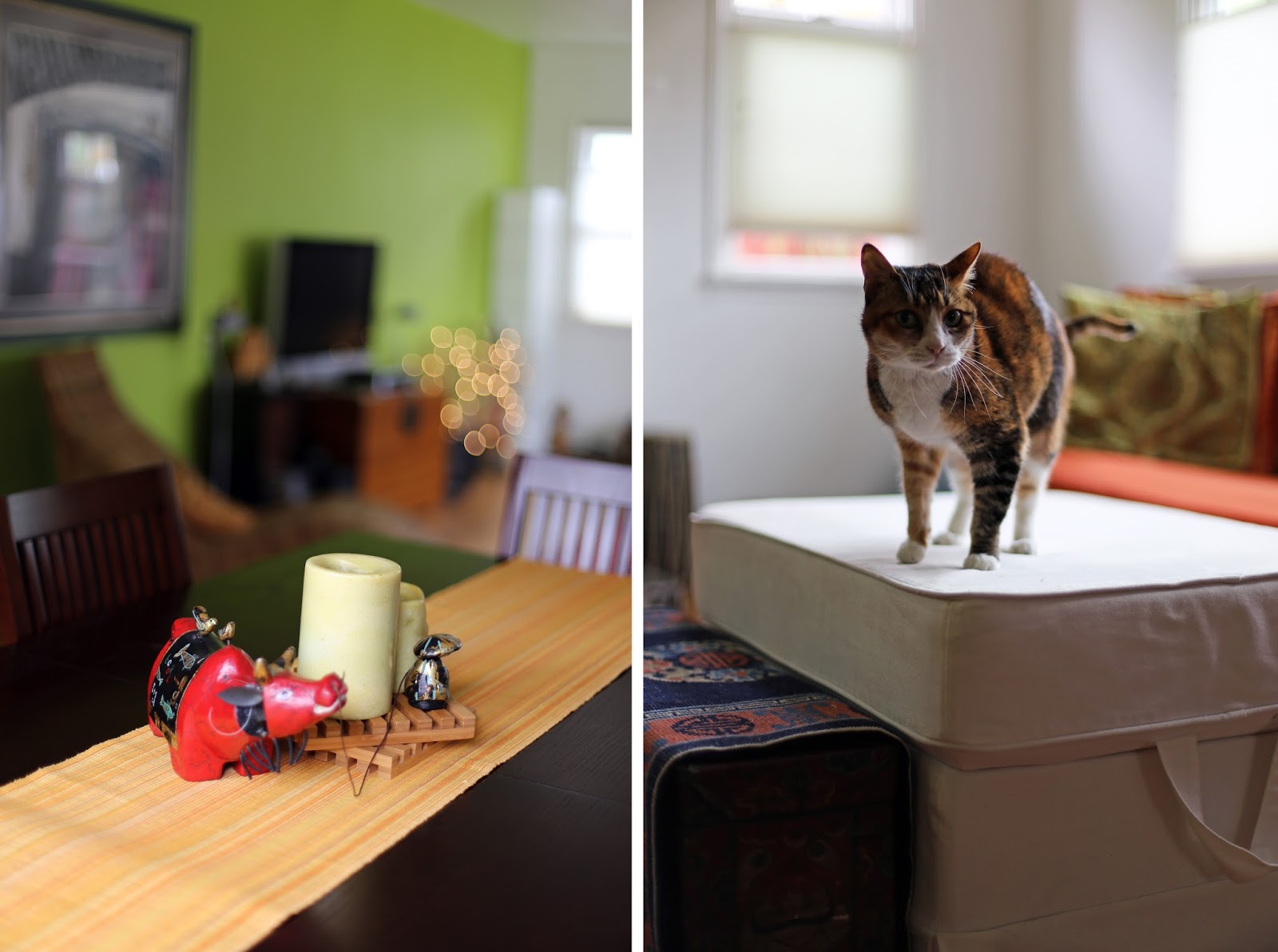 Pooch is our cranky cat from Hong Kong. She's an old girl now, but still rules the house with an iron claw! 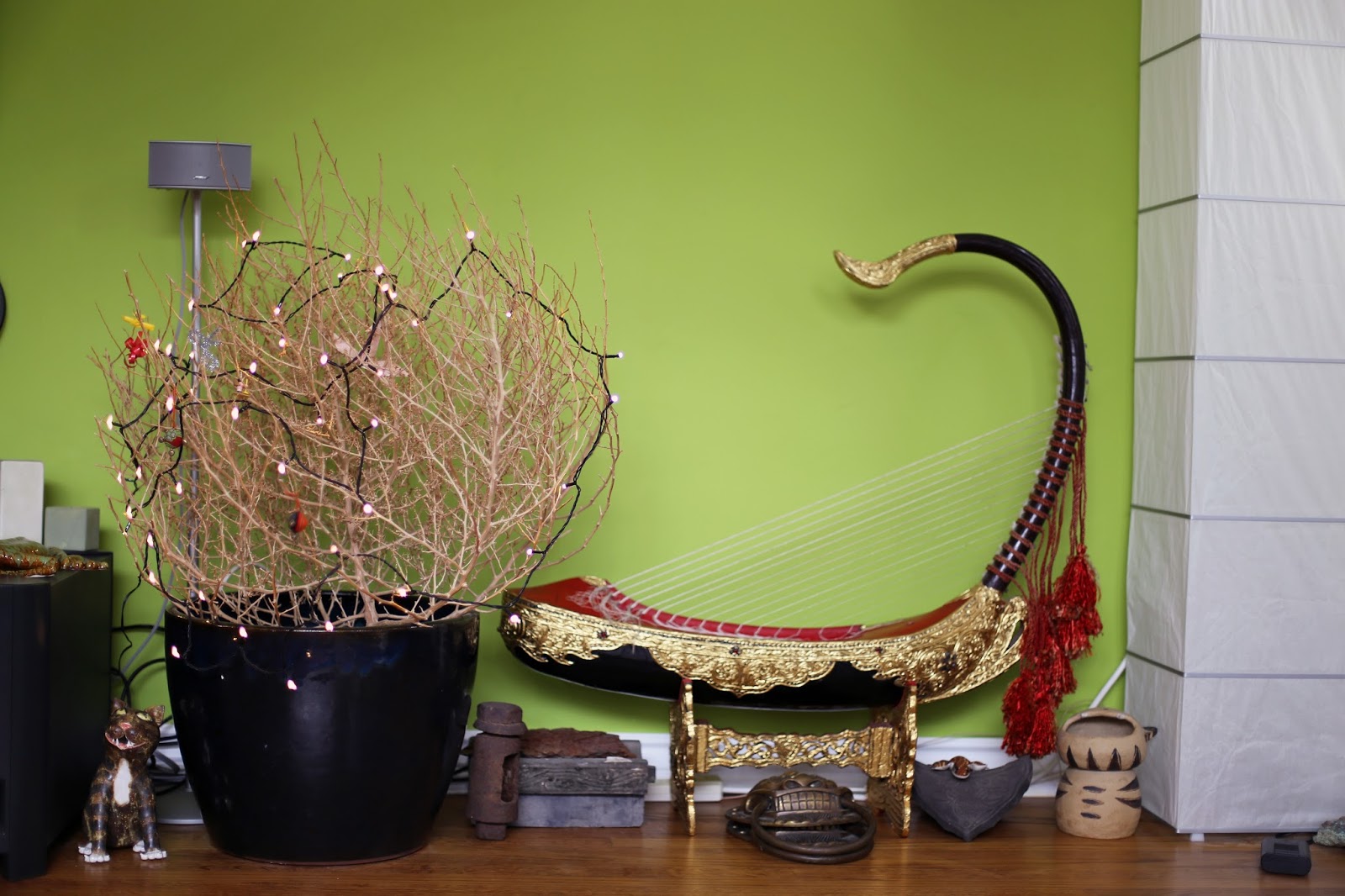 We have a strange mix of stuff we have collected over the years that wards off the whiff of minimalism and makes the place ours (or are we just messy?). The Burmese harp straddles the Chinese knockers, a nice juxtaposition to the Desert Christmas Tree! 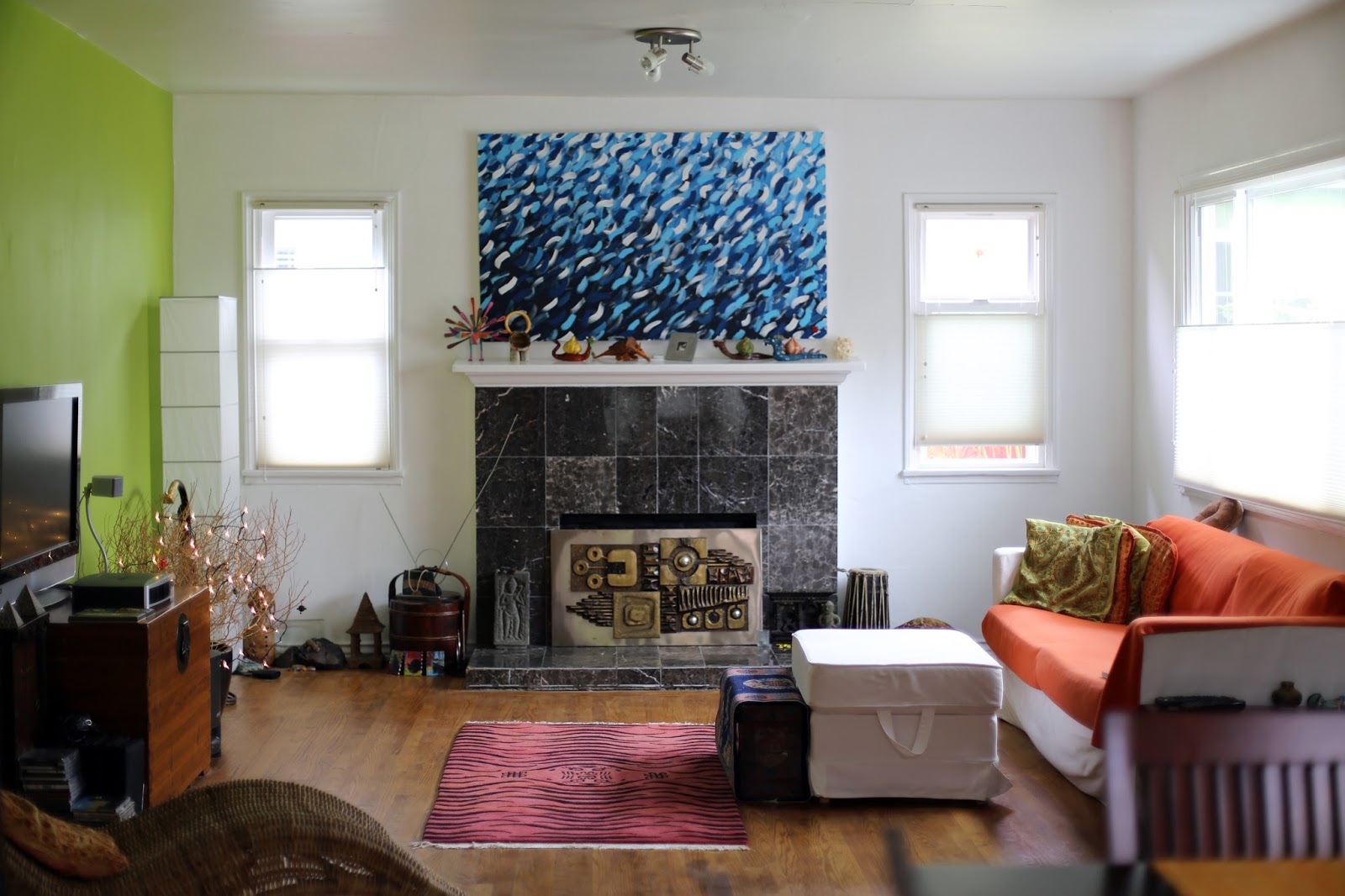 The living room; low key and comfy, note the step to help Pooch to climb up to the sofa. 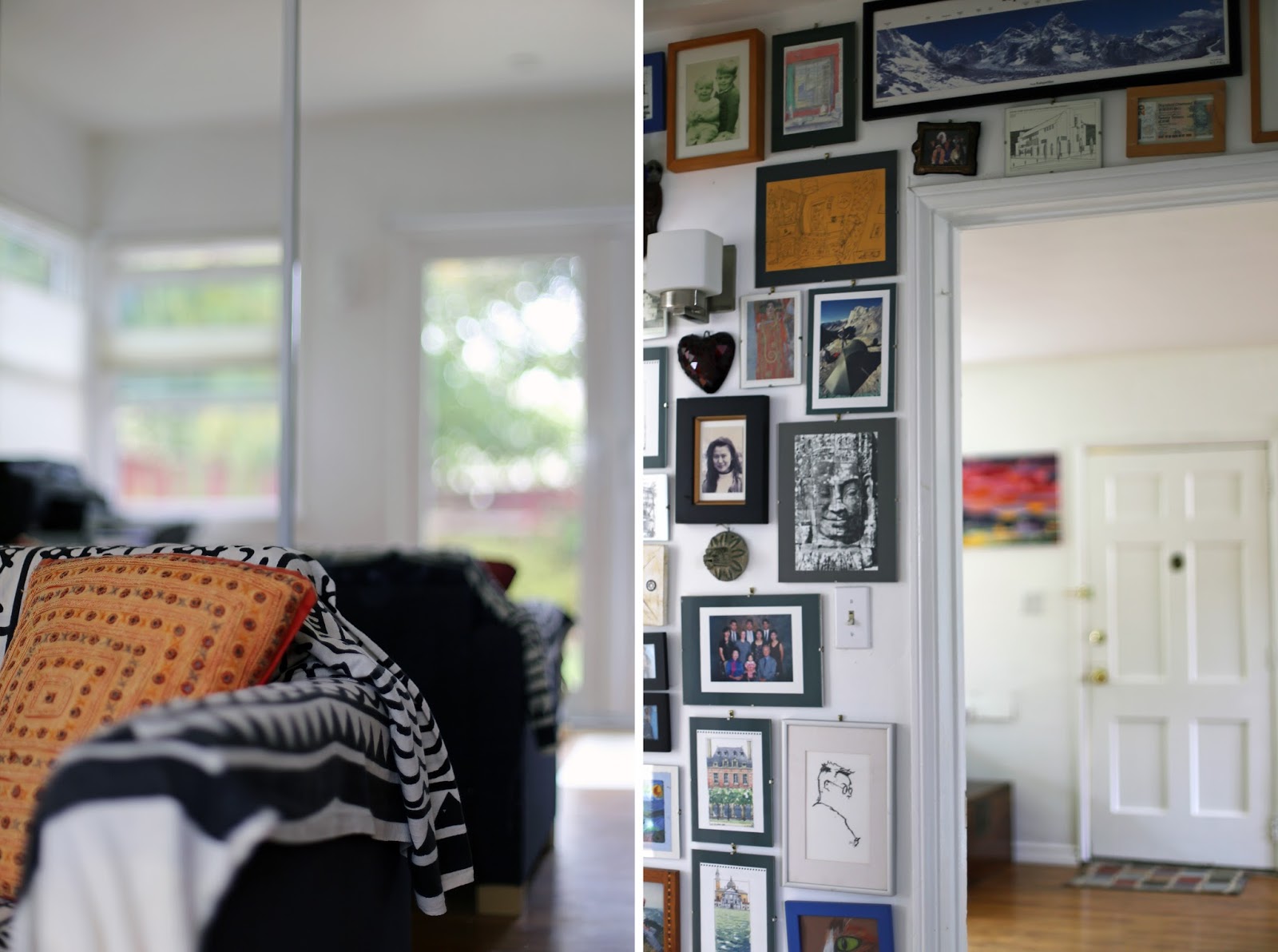 We have a small hall that acts as a memory gallery for family photos, travel sketches and other weird items. 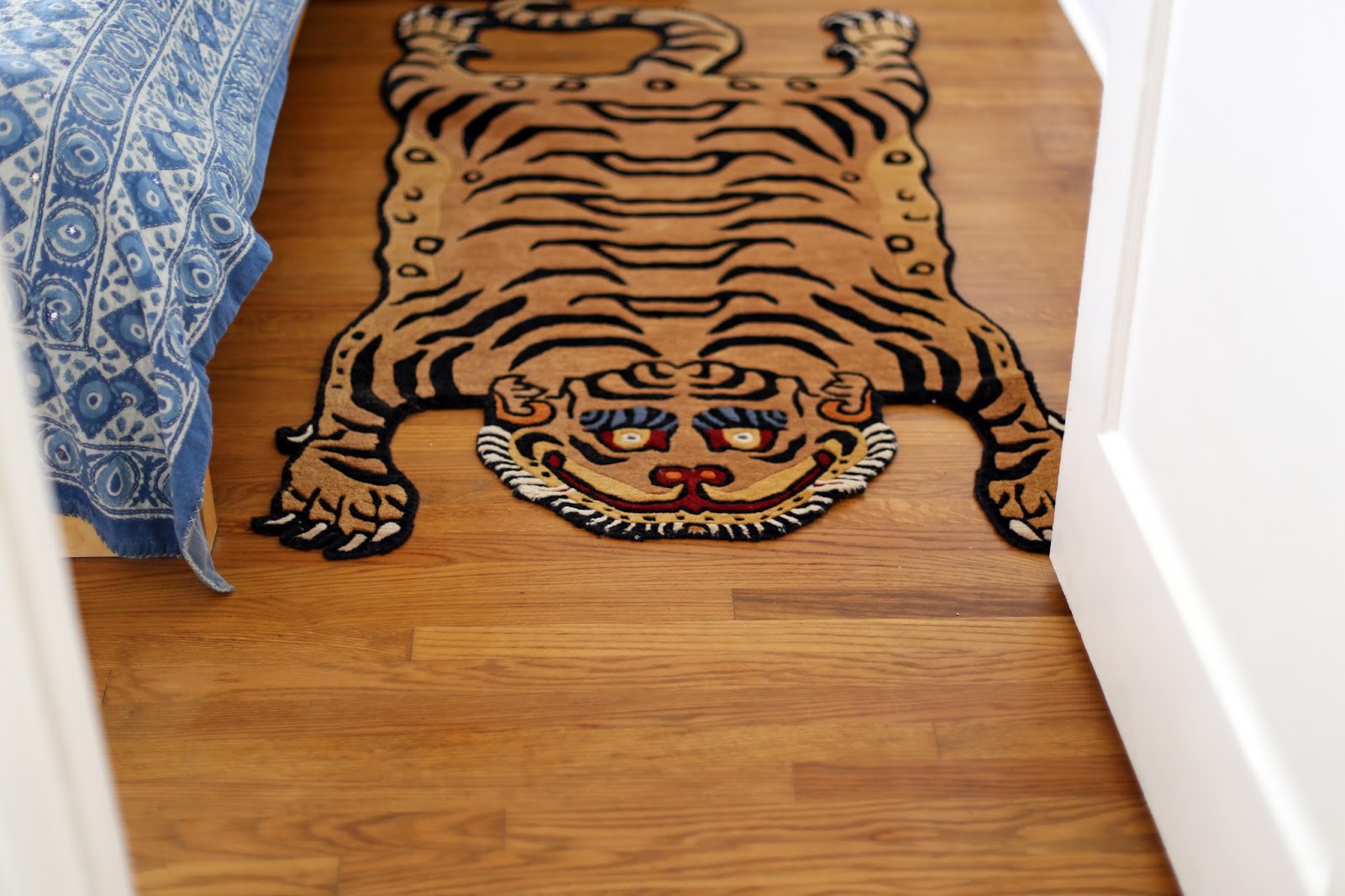 The rug is from Nepal, it serves as a reminder for Pooch to behave. 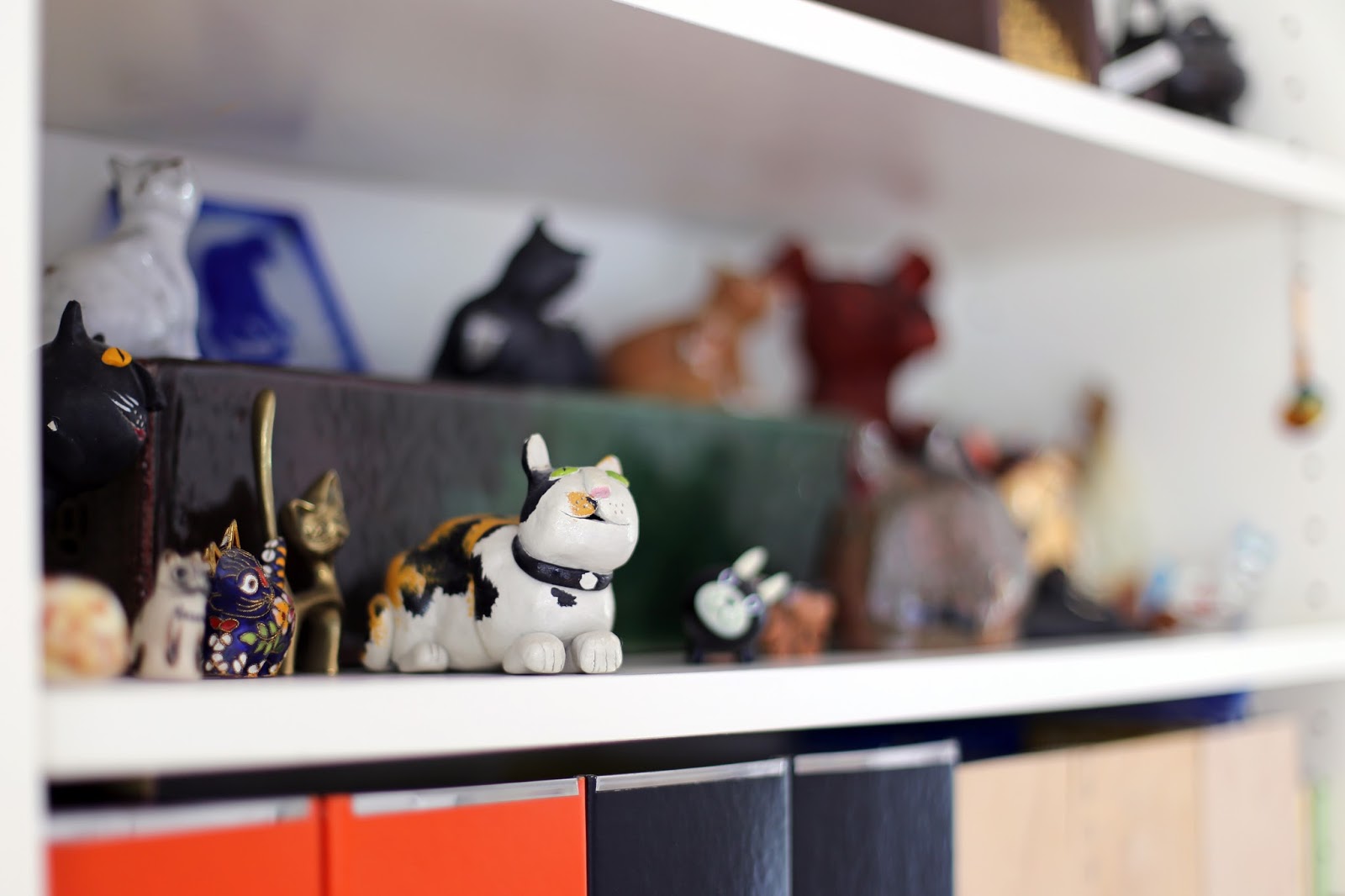 Some of Rita's pottery. 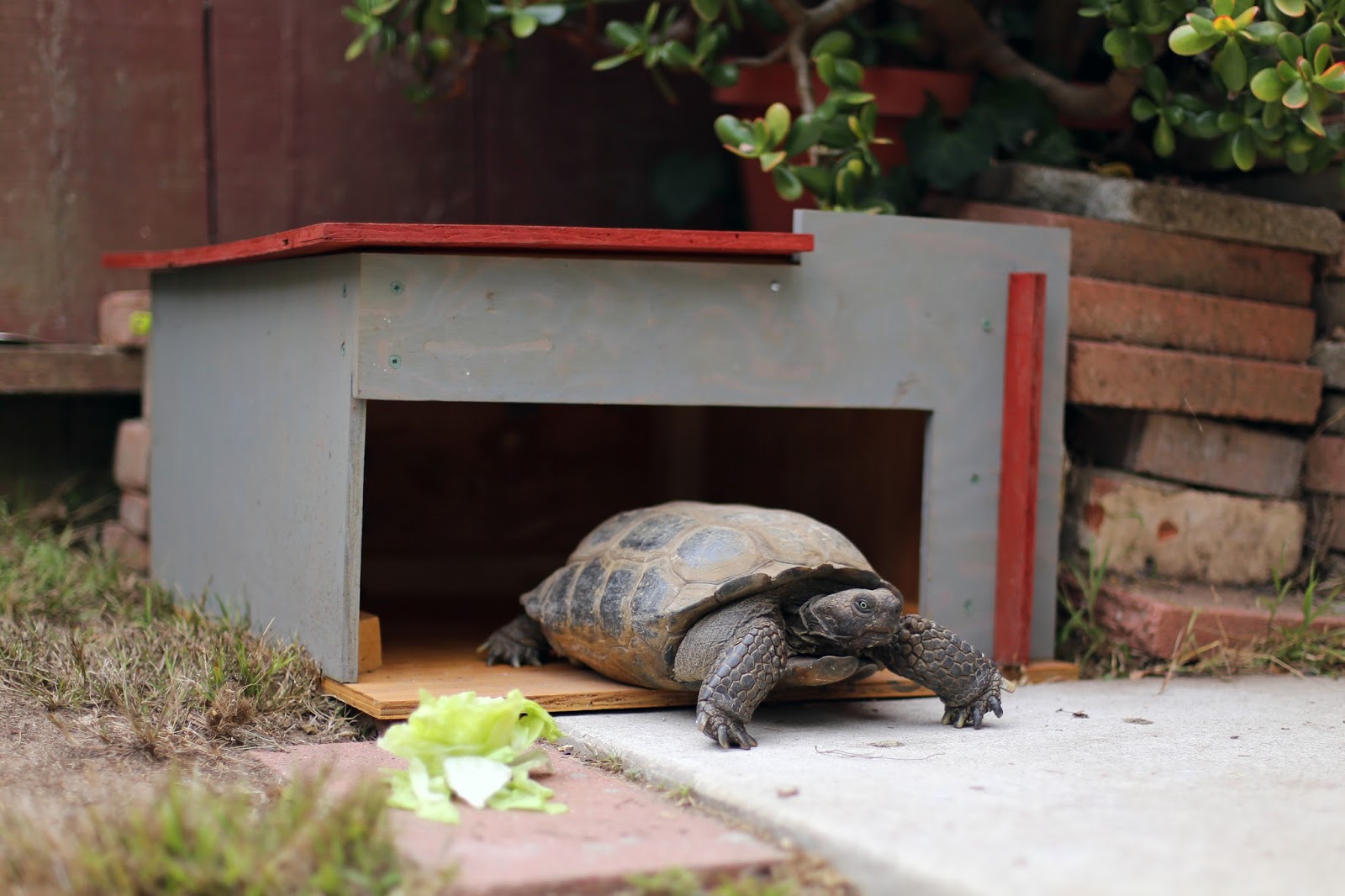 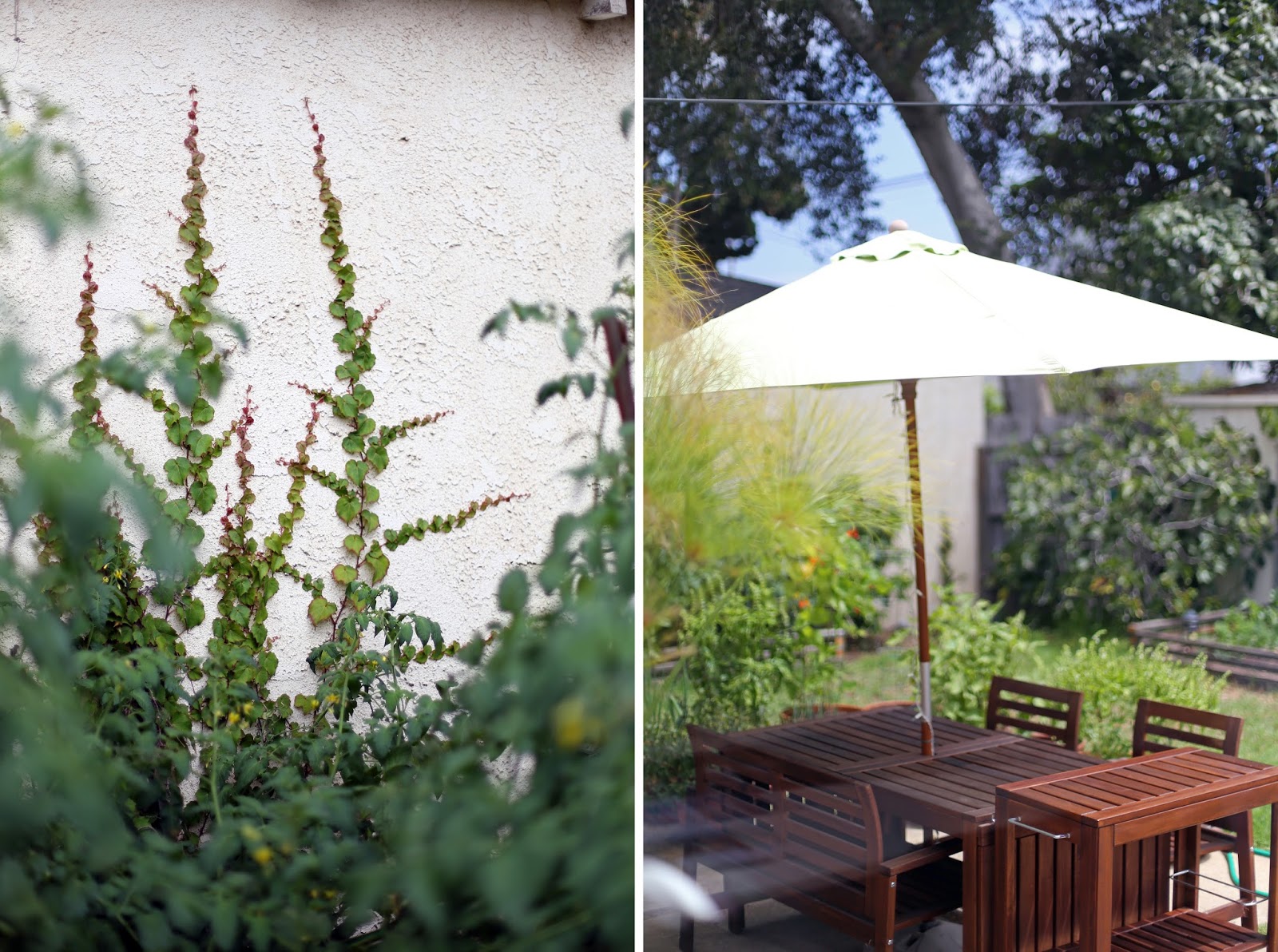 The Garden is our retreat, we grow a lot of veggies. Hard work, but a nice place for a beer once it's done. 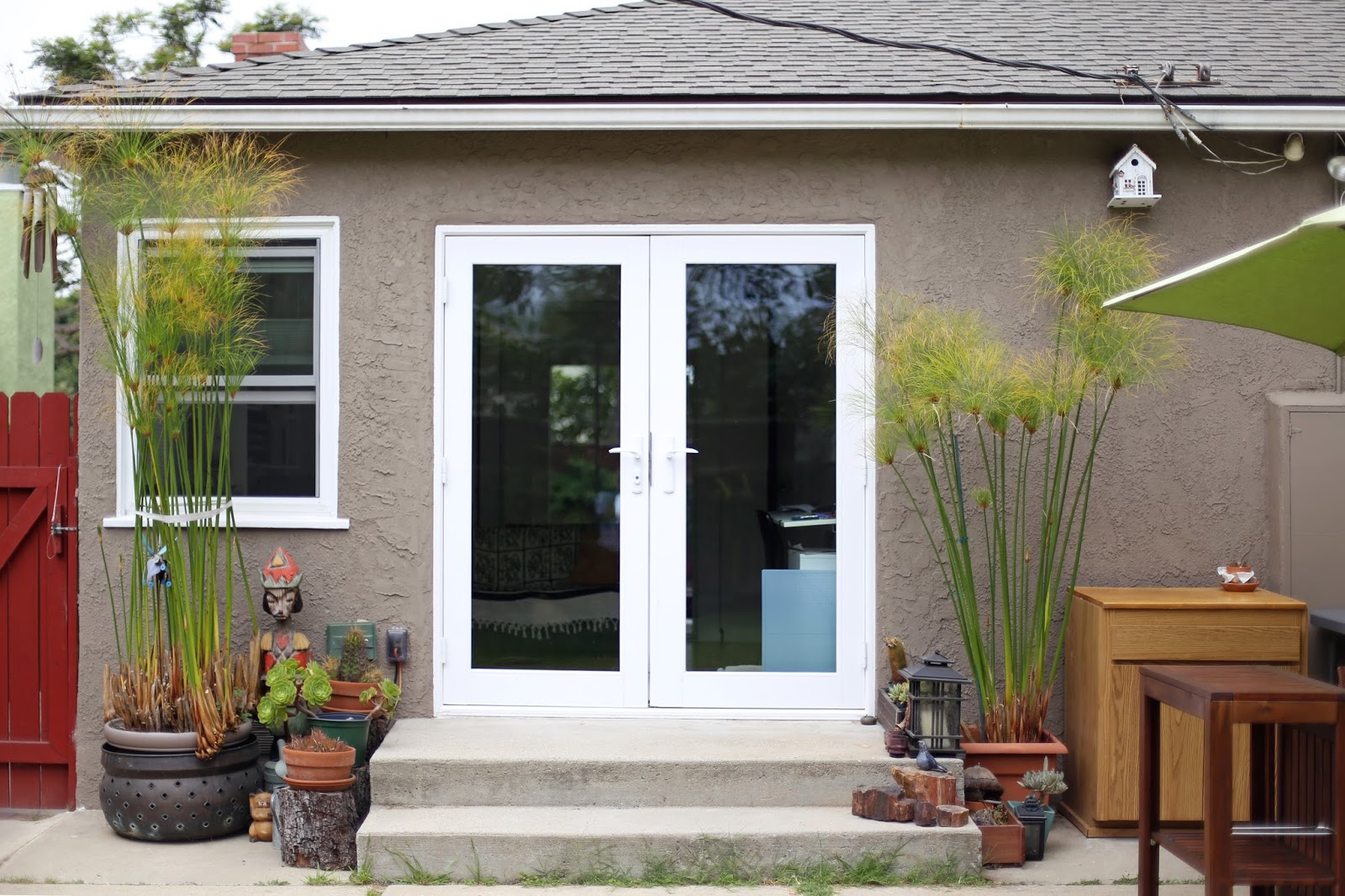 French doors, or "freedom" doors as they are called in our neighborhood. We call freedom fries chips! It's an English thing.

JUNETTE
Gina and Sean live in Downtown LA, in a beautiful historic building. Though the details of her building are beautiful and charmingly vintage, the open loft layout gives it a very modern feel. Gina gives us a quick tour of their home. 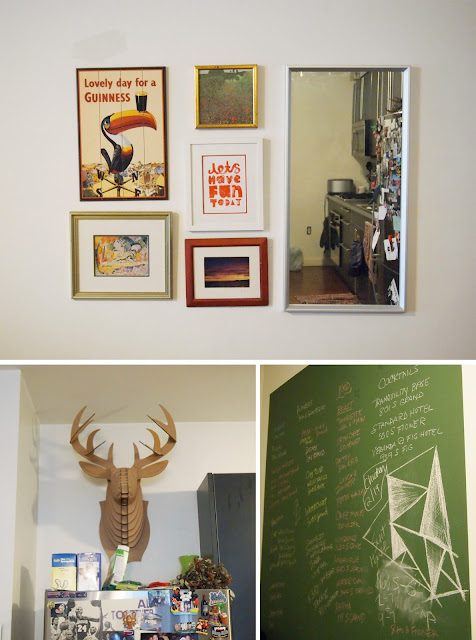 [Entry Way + Kitchen] I bought the deer head on Urban Outfitters.com. They have some very interesting home decor items on their website. I just wanted it when I saw it, and when I had put it together, I realized it would fit perfectly above the fridge. The chalkboard wall is actually from the guy who lived here before I did. He painted it and wrote all those bars and restaurants on it. I left it because I really like it! I even like what he wrote on it. As far as local eateries go, I like this place called Maccheroni Republic, which is right around the corner on Broadway. They have really, really good pasta there. Sean's favorite restaurant is Pho 86, which is in Chinatown (a short drive) and is also very good.

[Bathroom] There are several beautiful mini collections of art placed throughout the condo, and even in the bathroom. A lot of the art in our place is from my favorite artist, Matisse. My favorite thing he did is "Icarus," which is hanging above the dining table. I love art and have always done it in some shape or form, so I am particular about the way it is hung and shown in my house. Some of it is from random thrift stores. Actually, the comic books in the hallway to the bathroom (not pictured) are Sean's artistic contribution to the house. He collected comic books when he was young. (NERD) 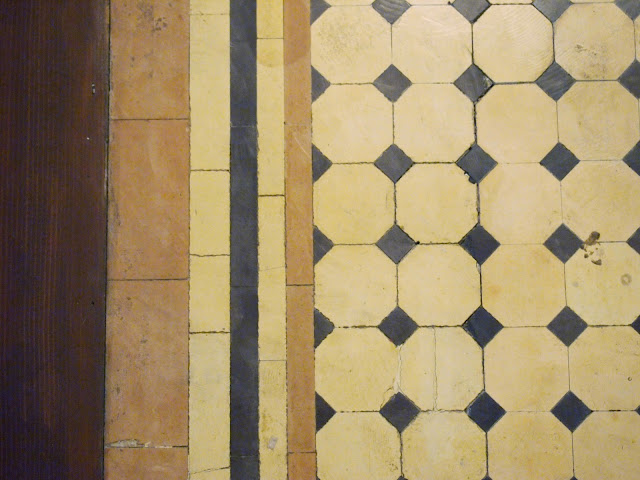 [Vintage Details] This building was built in 1912. if you look at the original photographs of Downtown Los Angeles, this building is in all of them! It was originally built as an office building. When the developers bought it to restore it, they had to tear out layers of carpet and linoleum, and underneath all that were the original wood floors and the original tile from the hallways of the office building. That tile strip that goes through my unit was once part of the hallway. Also, the doors on each of the units were originally office doors. Because it was designated as a historic building by the City of LA, we also get a break on our property taxes by ~70%! That was a large selling point to me since the HOA fees are high in this place.

[Bedroom] Gina divided the main space into a living room area and a bedroom/closet space with faux walls. The bird decals are from a website called dalidecals.com. They have all kinds of decals on that website and you can choose the color along with the finish (matte or shiny). The birds were the first thing I put up when I moved into my condo. Originally, I had wanted a large tree decal, but all the choices they had looked too static. I wanted something that could look like there was movement in it, so I went with the birds. What a great view right?! When I asked her about if she ever made awkward eye contact with her neighbors across the street, she told he she actually hadn't because it's an office building.

[On Living in Downtown LA] I like living in Downtown because it is like a fake city. Some people like to pretend like it is a mini-Manhattan, but it will never be that because it doesn't have any of the congestion that Manhattan does. The fact is that it is still pretty empty on weekends and weekdays after 6pm because that is when the office buildings become empty. I love that about it because we can ride our bikes freely. I like that the buildings in the Historic Core were not torn down and rebuilt. I like being here and knowing that it's all  been here for such a long time. I even like that I have a homeless arch-nemesis... a man that really hates me and yells "Bitch, what are you looking at?" every time I see him. Once I came back from a long business trip in China, and I was exhausted. I got out of the cab and walked around the corner to the front door of my building. My arch-nemesis was right there and welcomed me home with his signature glare and his pet name for me, Bitch. It's the best!