MONICA
NEW MEXICO
To celebrate our anniversary this year, I suggested to Antony that we go somewhere neither of us have been before. The fact that this somewhere happens to be the backdrop of my favorite TV show ever is purely a coincidence, not. 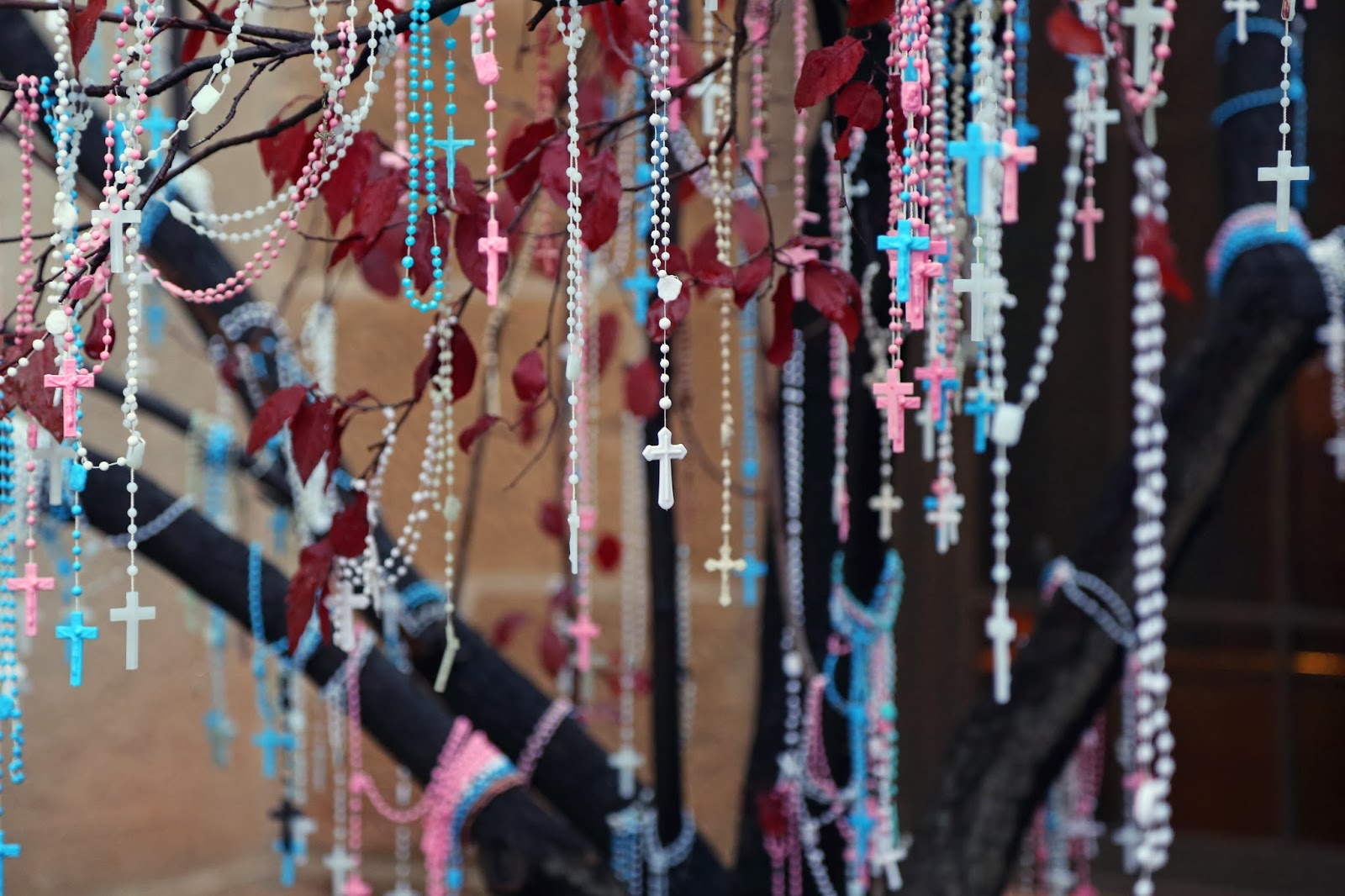 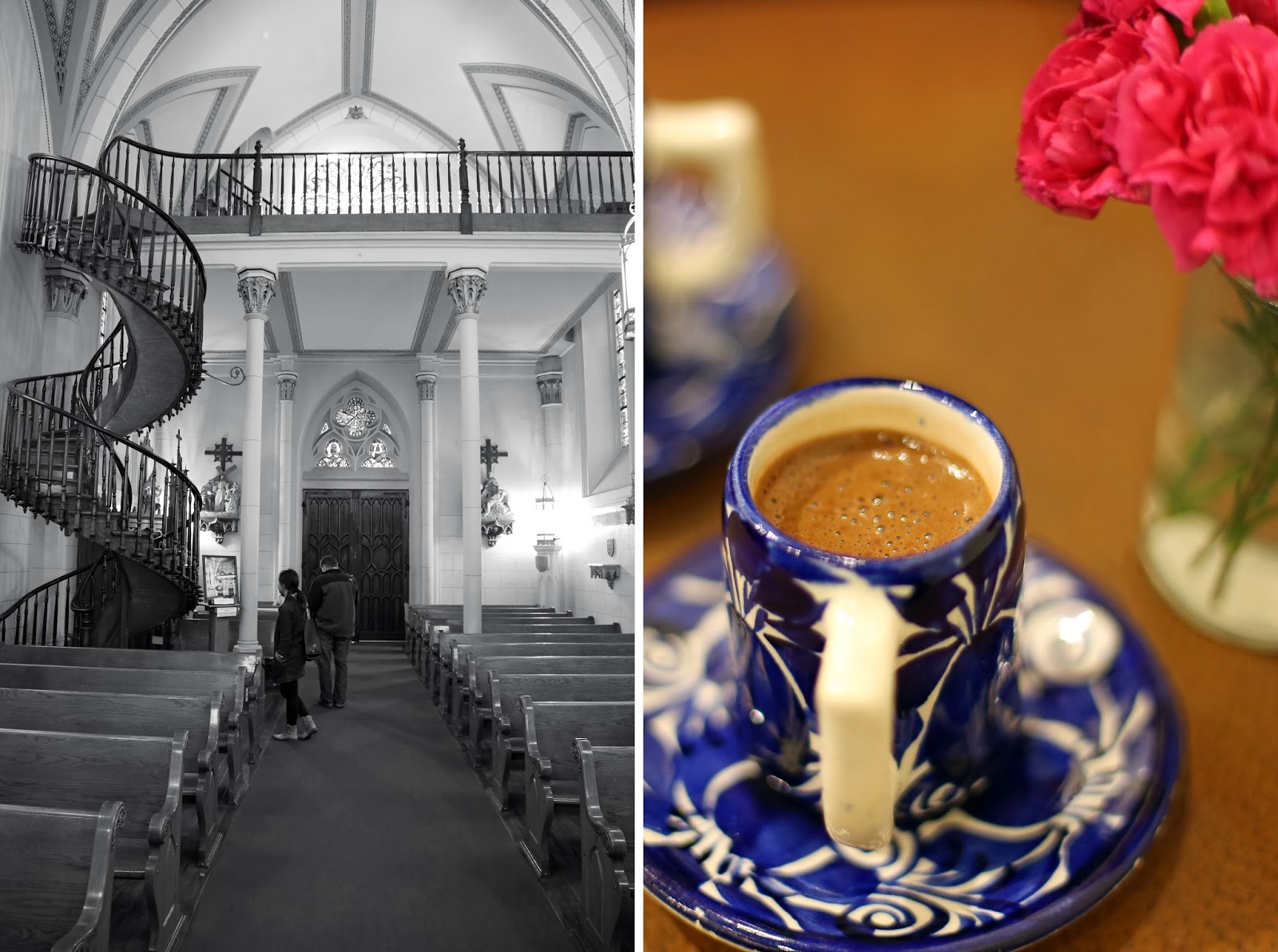 We started the week off in Santa Fe, which is a quaint artsy town where everything closes at 5pm. Design Sponge has a useful guide but some highlights for us were visiting the Loretto Chapel miraculous staircase, drinking Mexican chocolate at Kakawa Chocolate House, and eating massive burritos and sopaipillas at the local joints. We stayed at La Fonda which is located on the main plaza and walking distance to just about everything, plus their margaritas are killer. 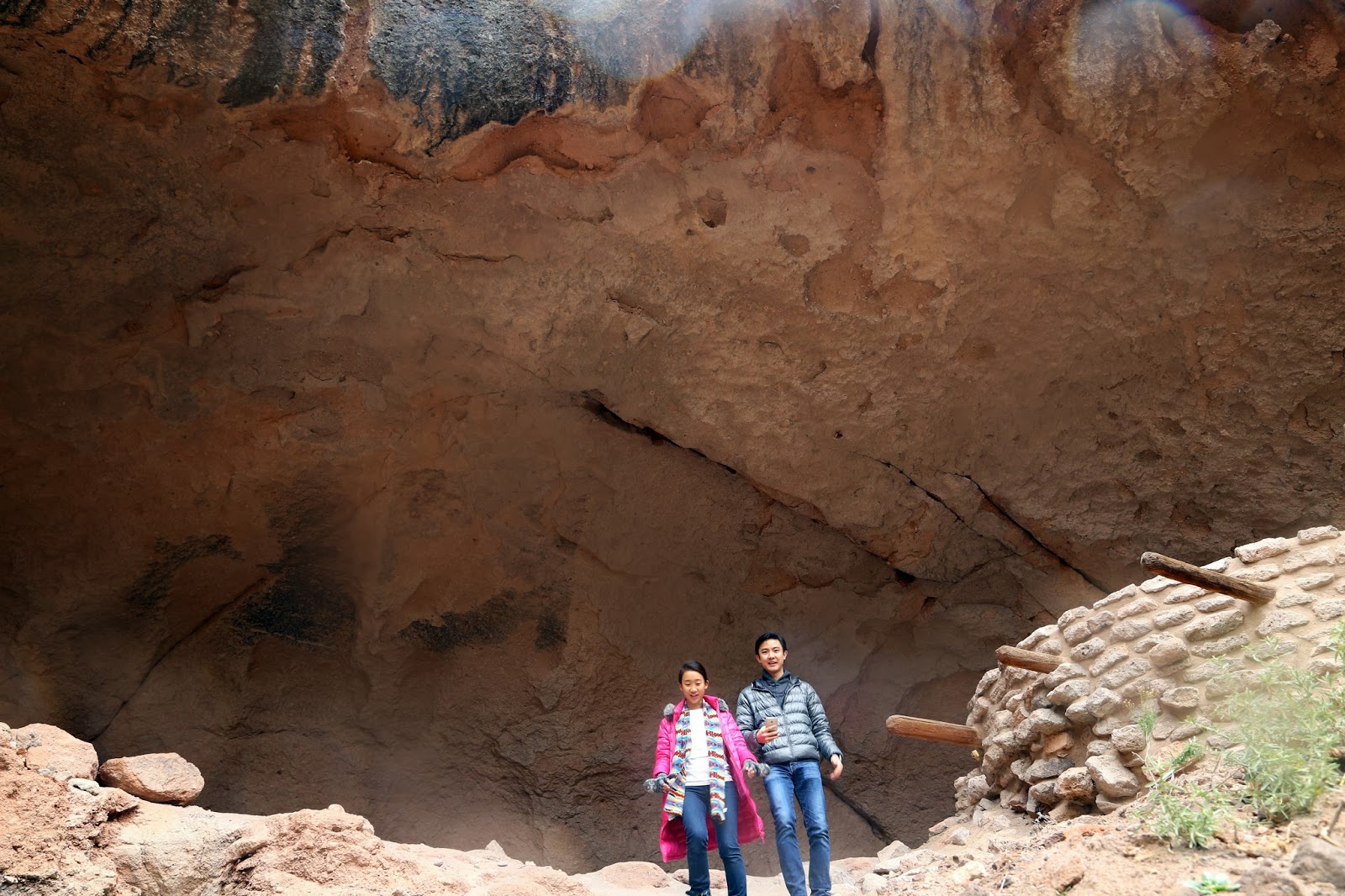 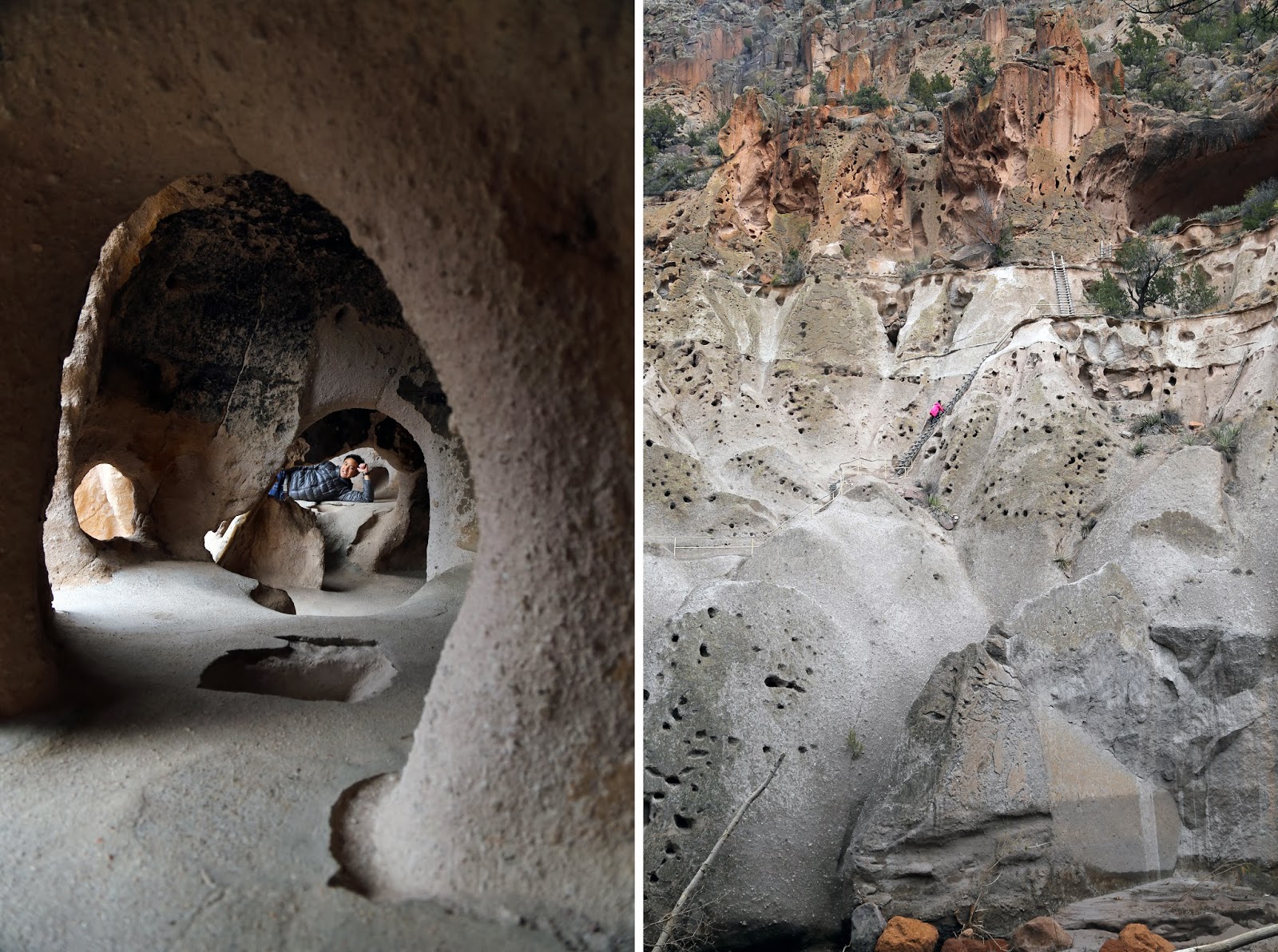 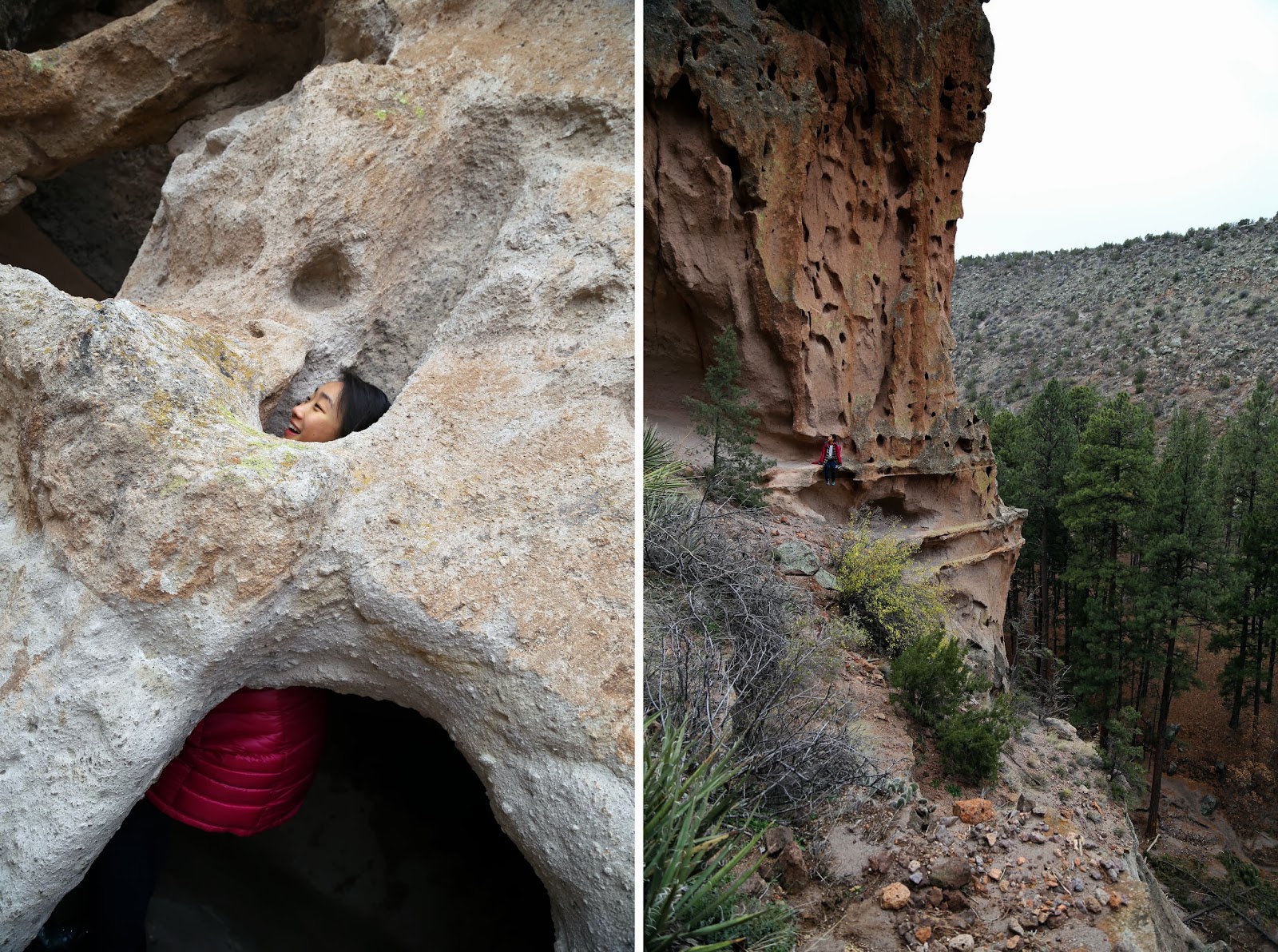 Less than an hour northwest of Santa Fe is Bandelier National Park. We hiked and climbed the ancestral pueblo cliff dwellings which date back to the 1100s. 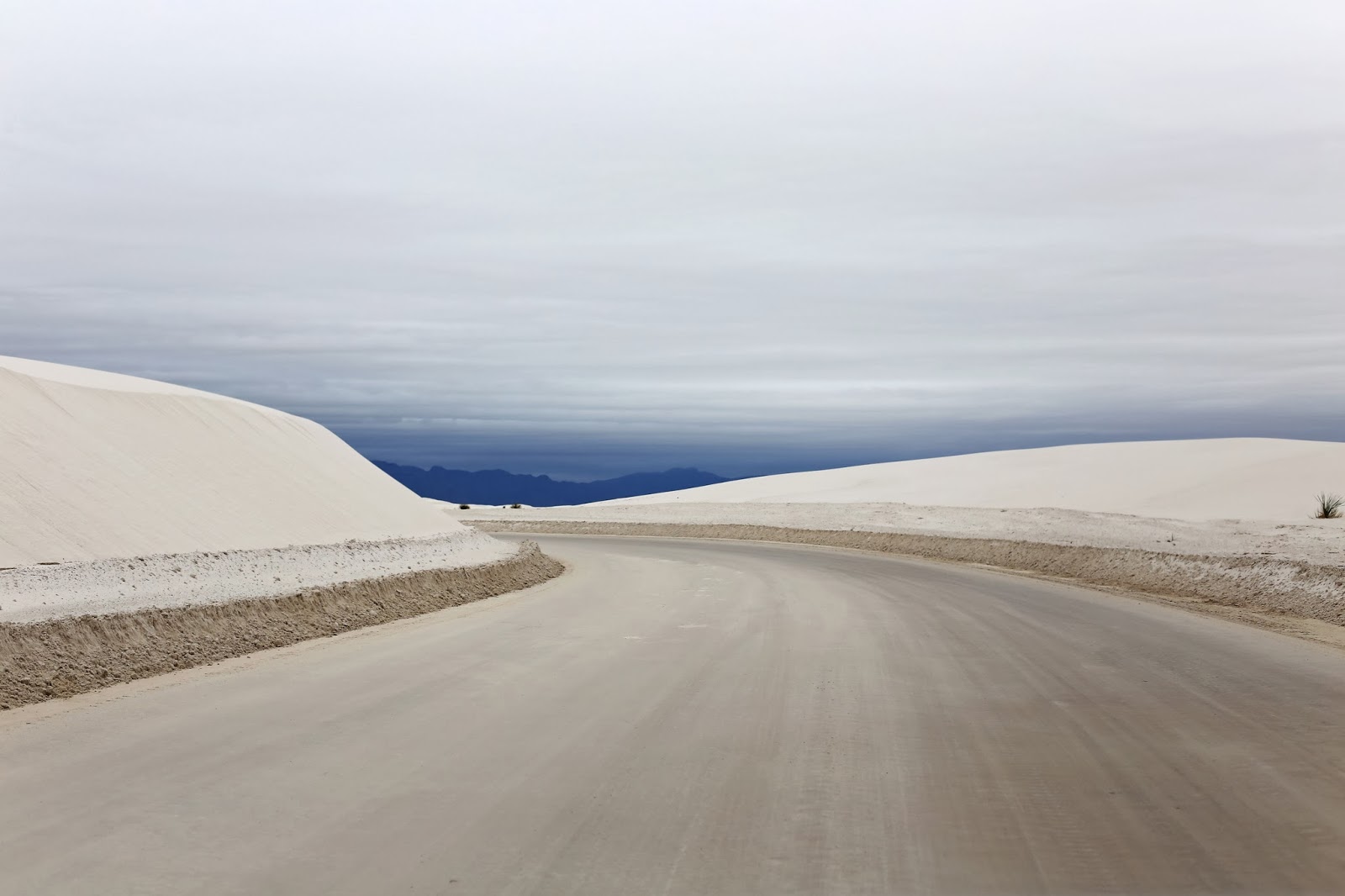 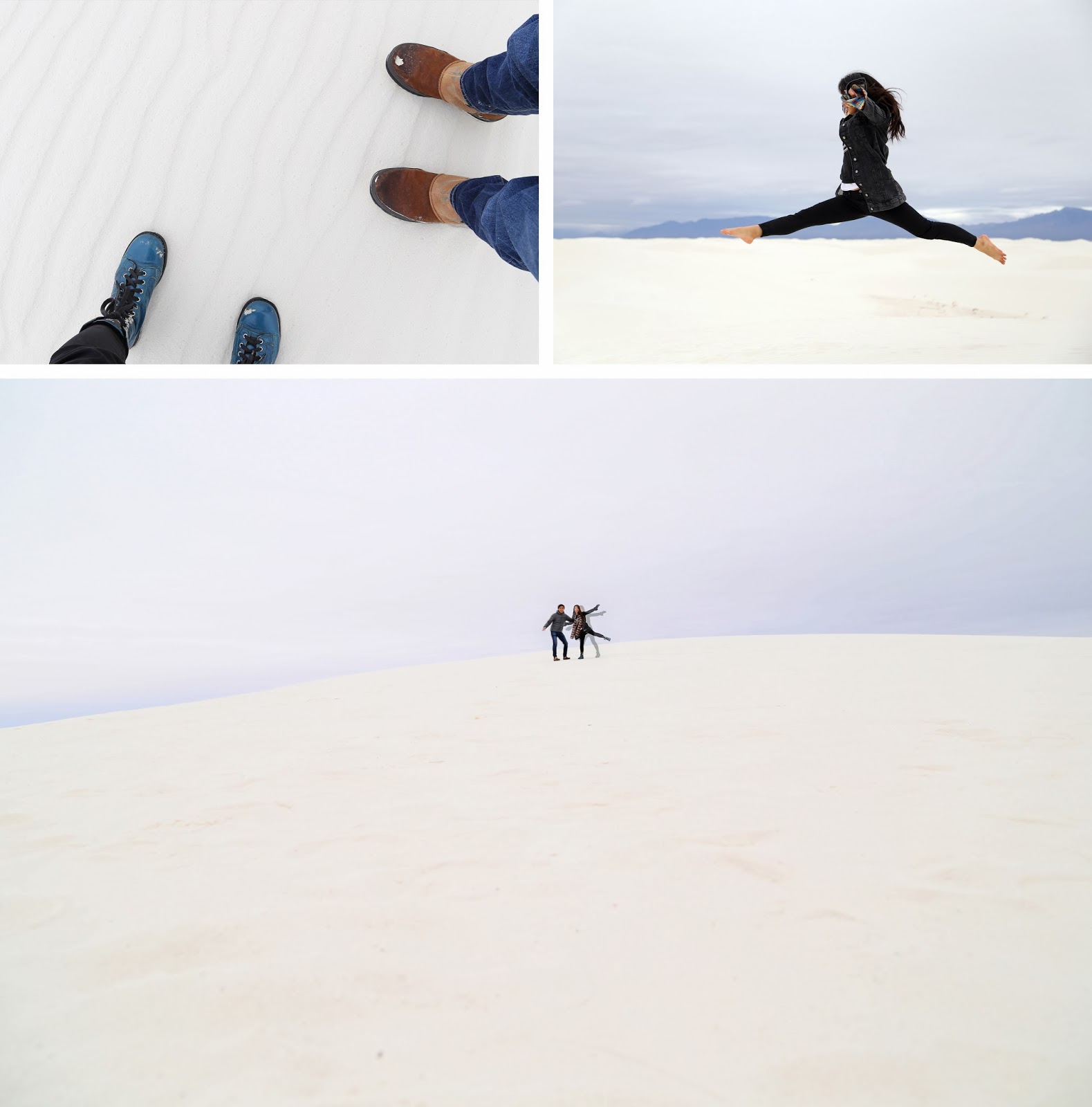 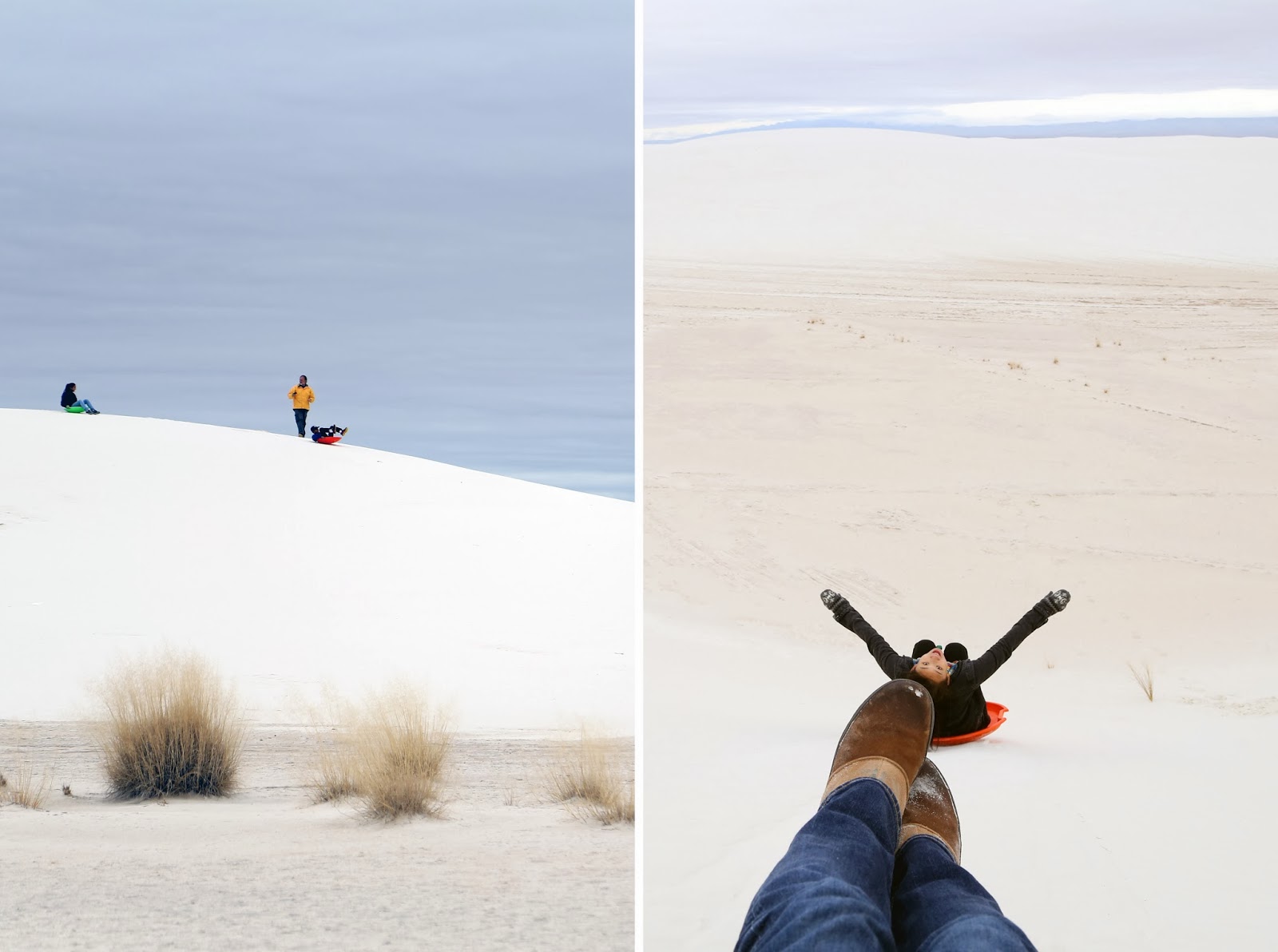 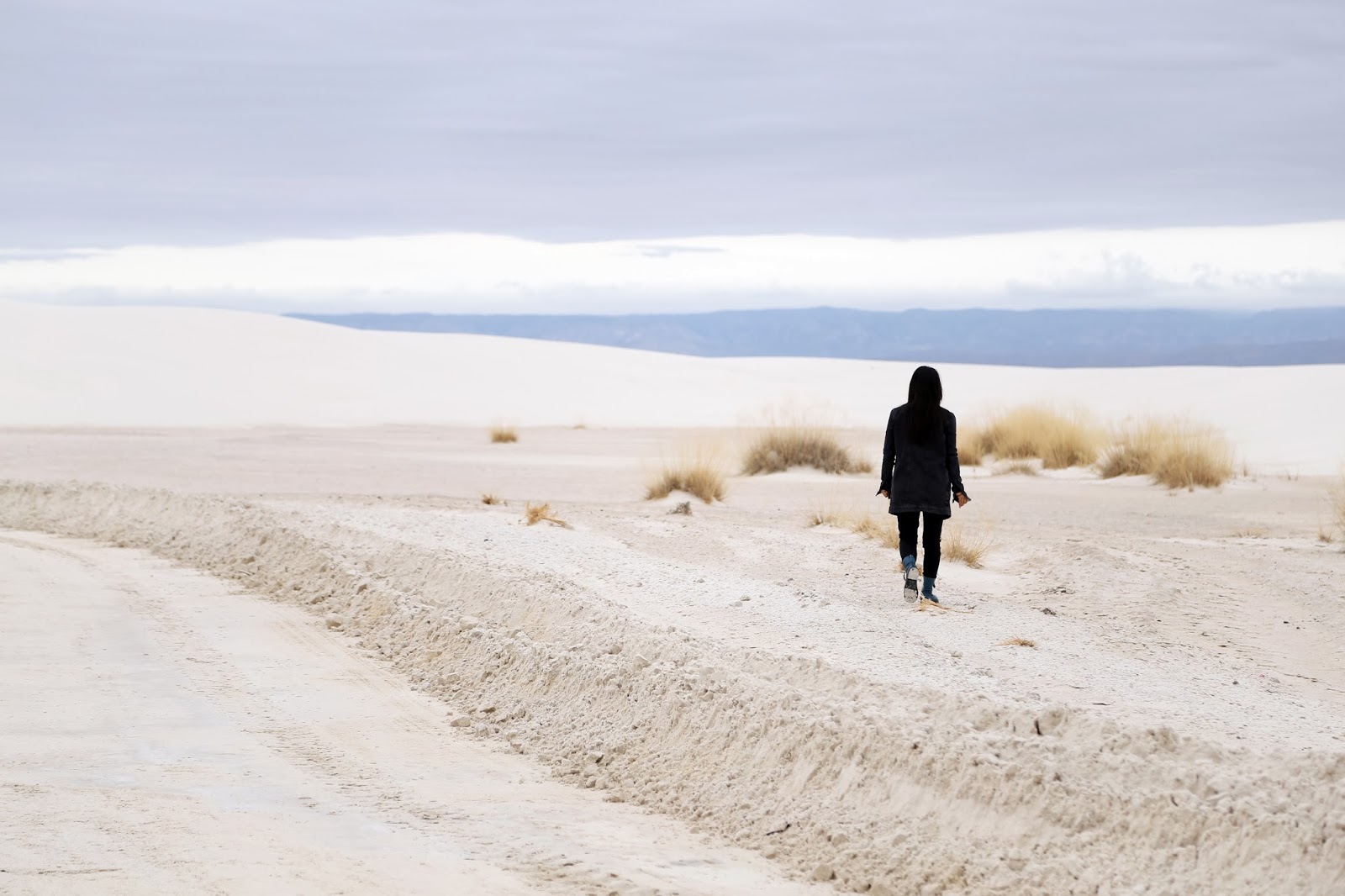 Four hours south of Santa Fe is White Sands National Monument, one of the most beautiful landscapes I have ever traversed. Every moment looks like a Georgia O'Keeffe painting.

On the road and in between... 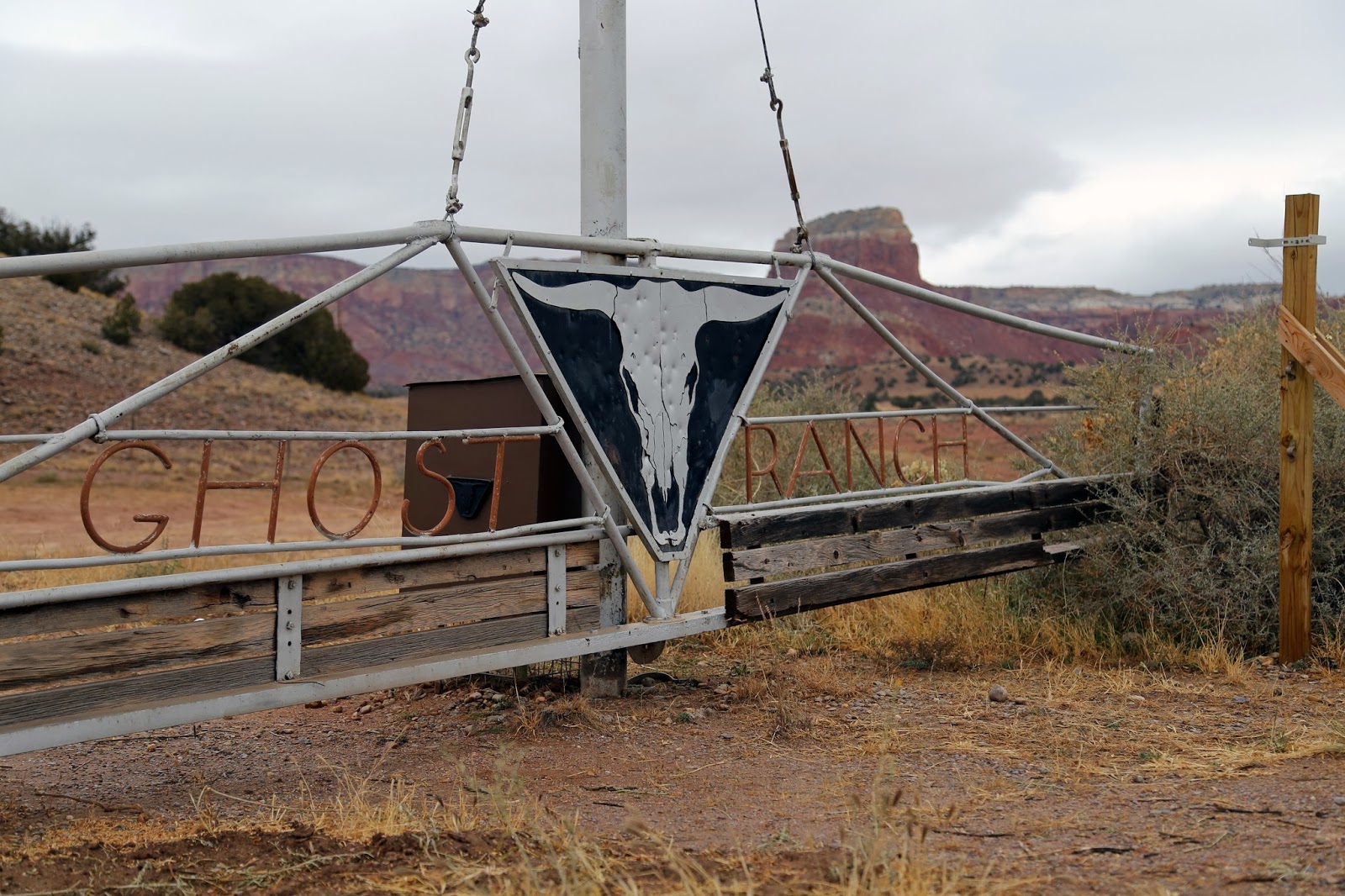 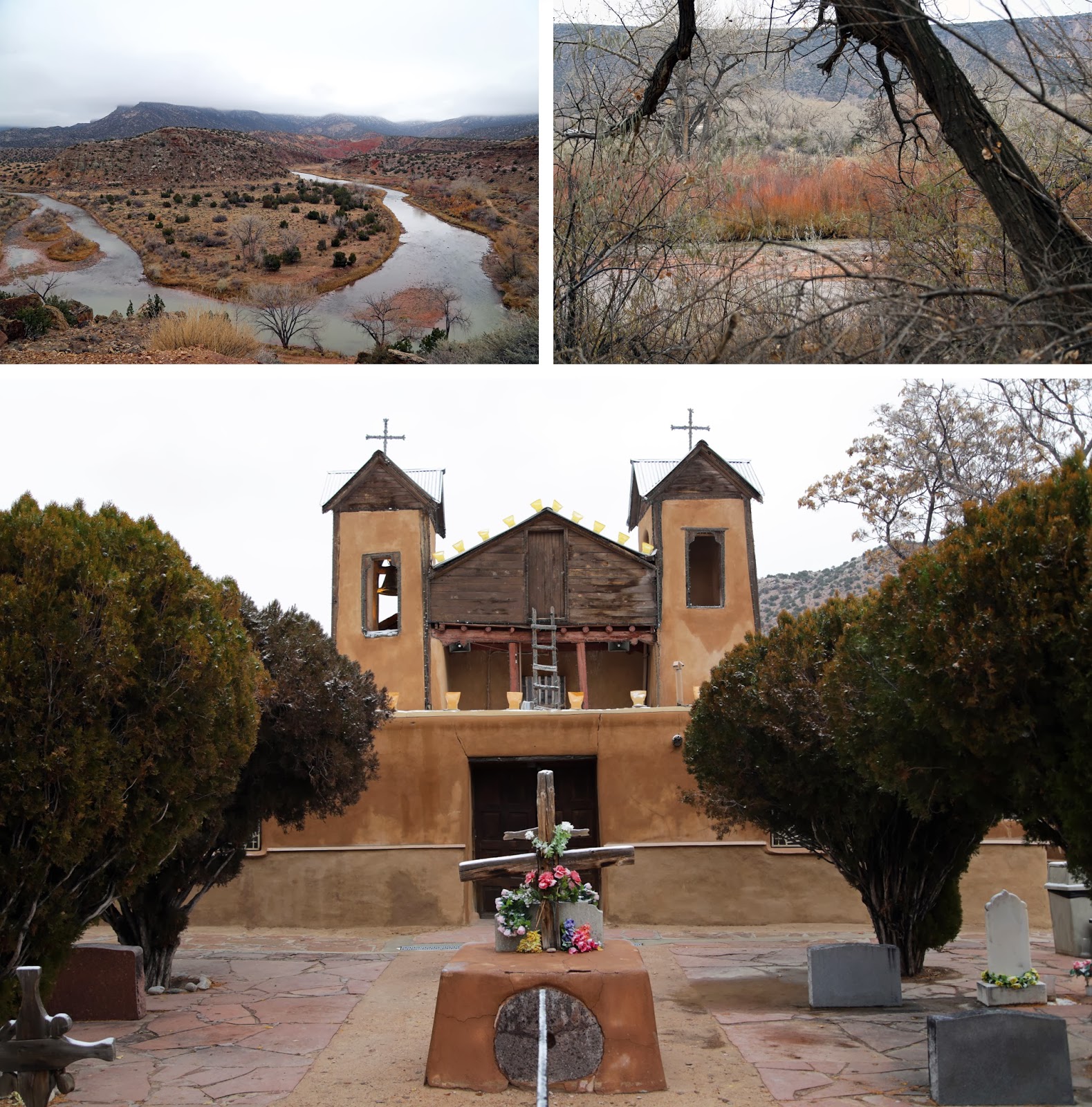 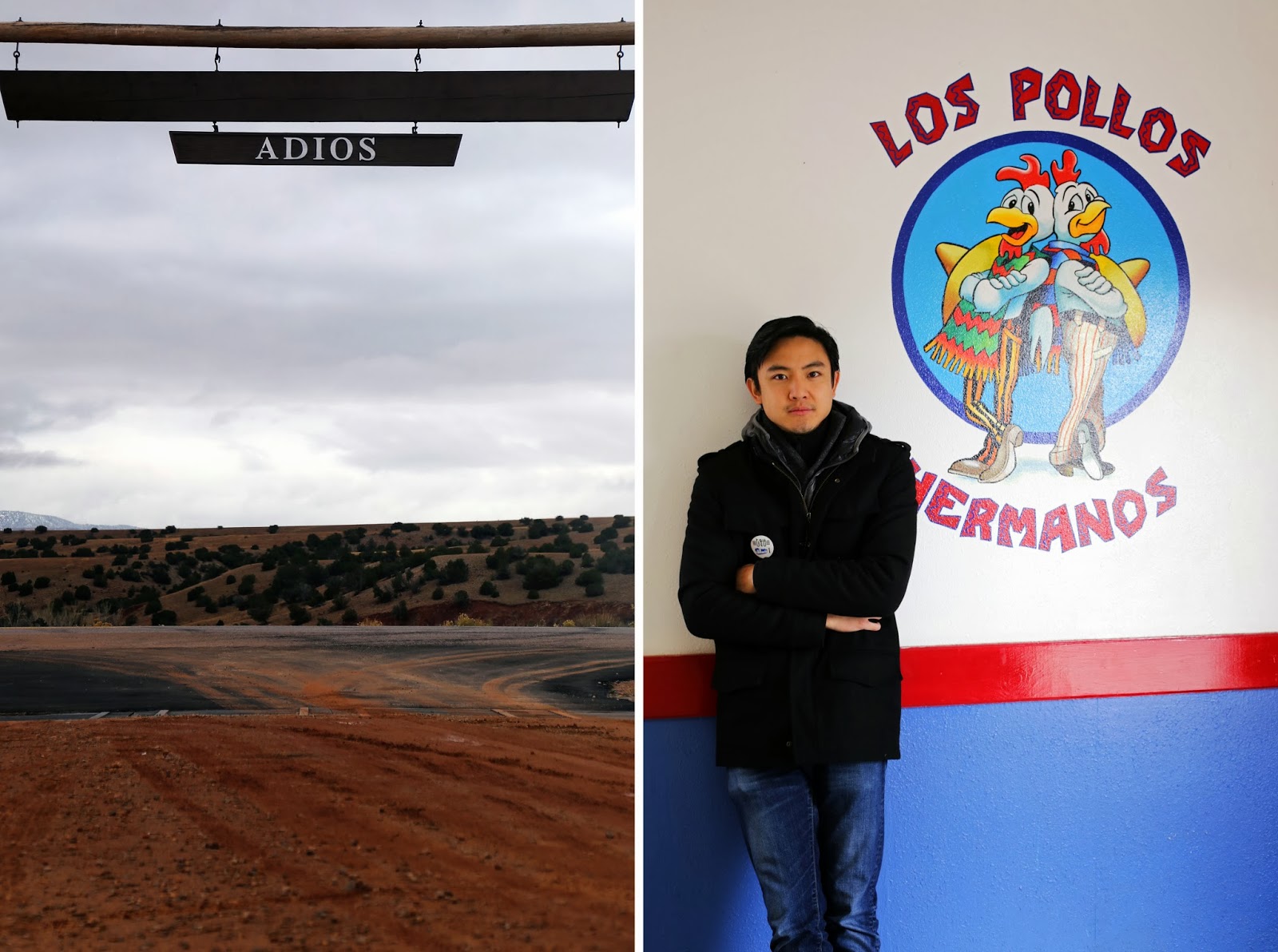 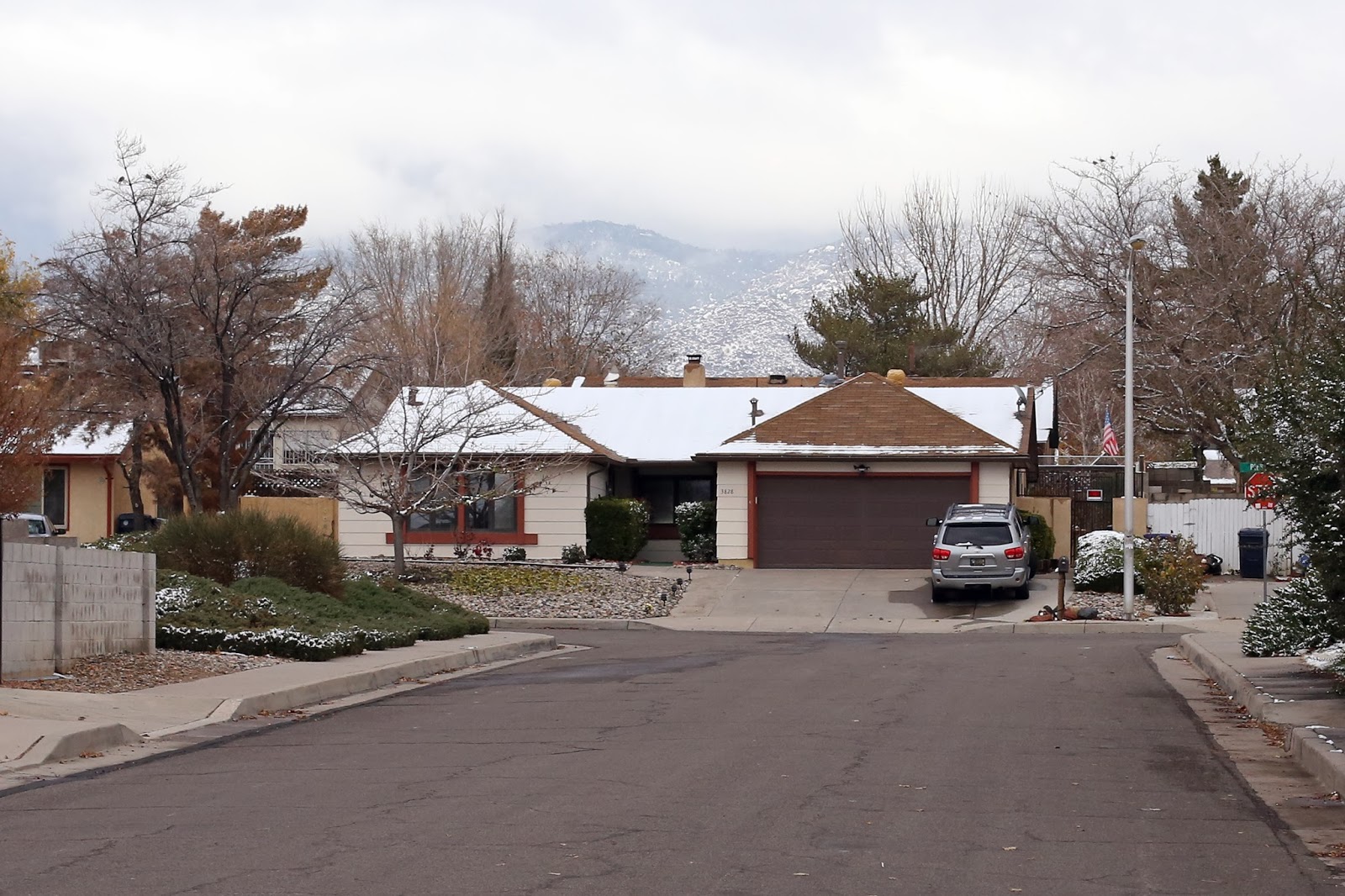 You could almost say we drove across the entire state of New Mexico in 5 days. We visited Georgia O'Keeffe's home in Abiquiu, stopped in Chimayo for some healing dirt and traditional weaving, and drove through a snow storm to arrive at Walter White's suburban Albuquerque home. We visited all the main Breaking Bad film locations via the ABQ Trolley Bad Tour. So yeah, New Mexico was pretty Bad ass.

JUNETTE
CHICAGO
Chicago is a midwestern town in the guise of a big city. Though the food and shopping there is the same as what you find in any big city, Chicago's architecture and civic institutions cannot be beat. 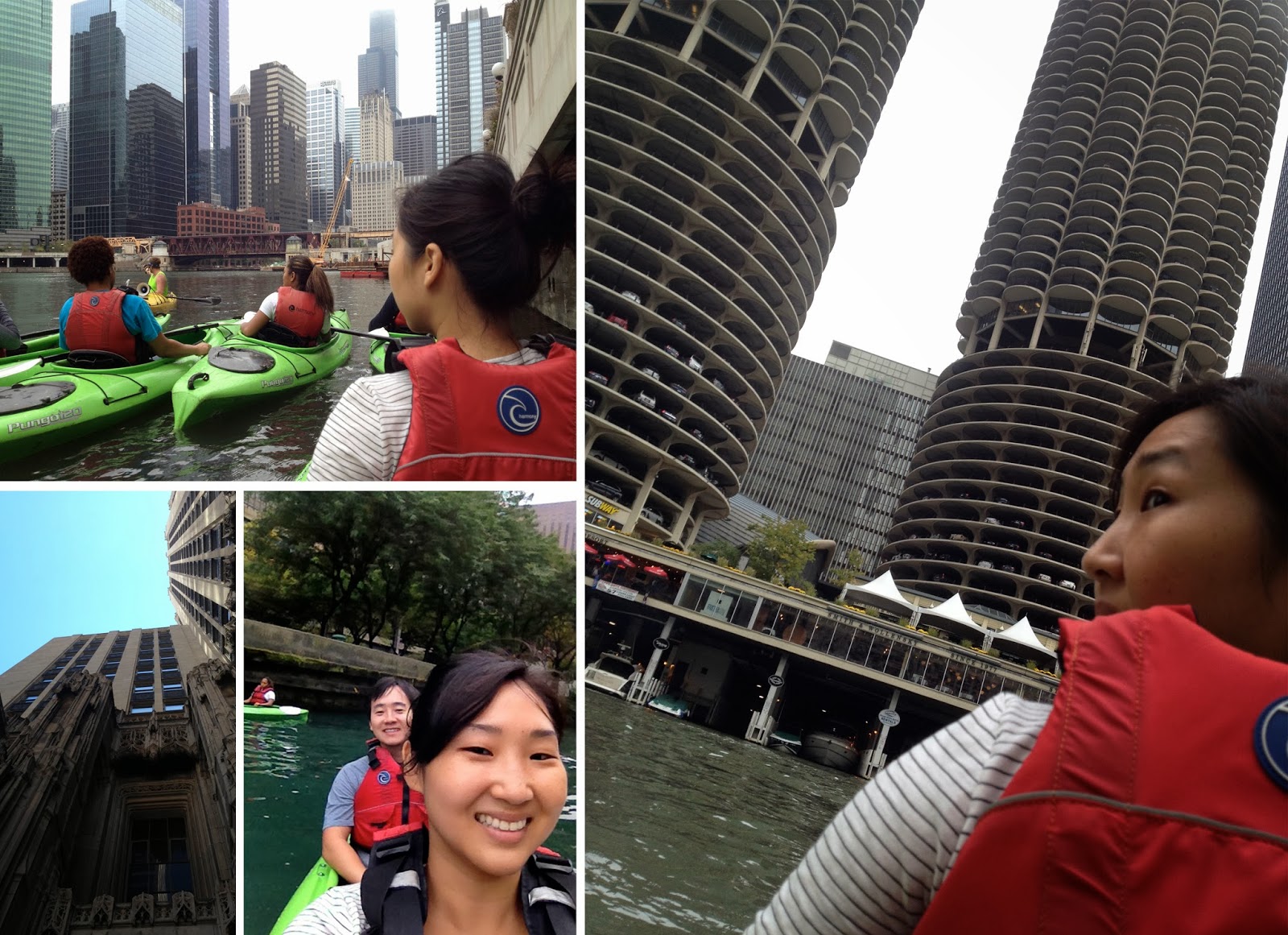 Everyone recommends taking an architecture tour from the river, but we wanted to try something different. We signed up for tours with Urban Kayaks. The architecture in Chicago is really beautiful and so unique. I can't say I've visited every city ever, but Chicago has got to have the best architecture. The architecture is all so daring and different from each other. It was SUPER fun to take the tour from a kayak. It was my first time kayaking, and it was not easy. It was definitely worth it though!!!

Outside of the beautiful architecture you can't stop soaking up with your eyes, there are plenty of other places to visit in Chicago. We of course went to Millenium Park where we visited Cloud Gate (aka the Bean), stumbled upon a Jun Kaneko exhibit, and got lost in the incomparable Art Institute. 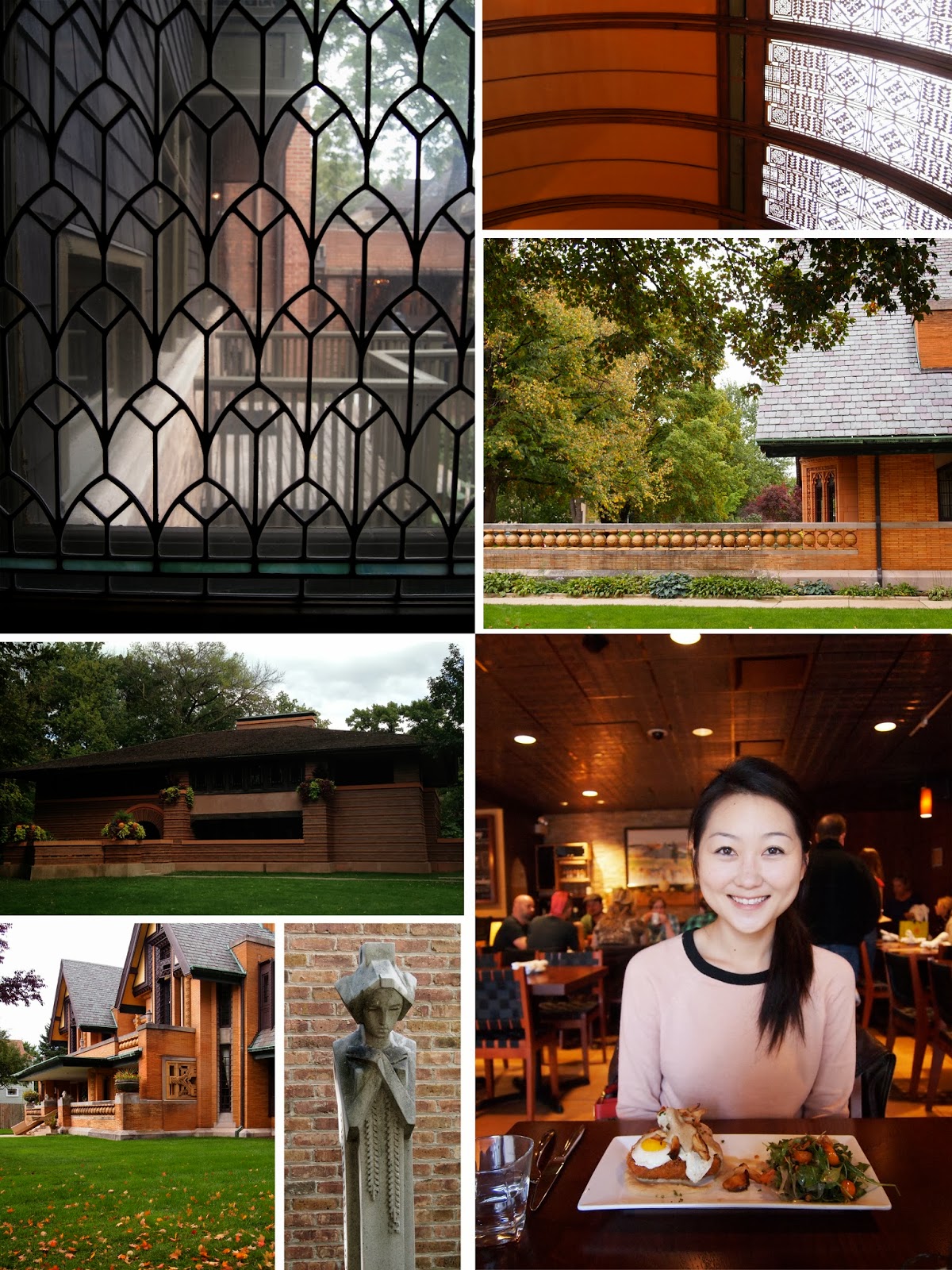 My real reason for visiting Chicago is to see one of my dearest friends, Ginnie. We visited Sue at the Field Museum and the Frank Lloyd Wright home and studio in Oak Park. As some of you may remember, I recently visited Taliesen West, so it was exciting to see an entire neighborhood of Frank Lloyd Wright homes and copycats. We were drooling over the windows and furniture, and we even picked out our future home. 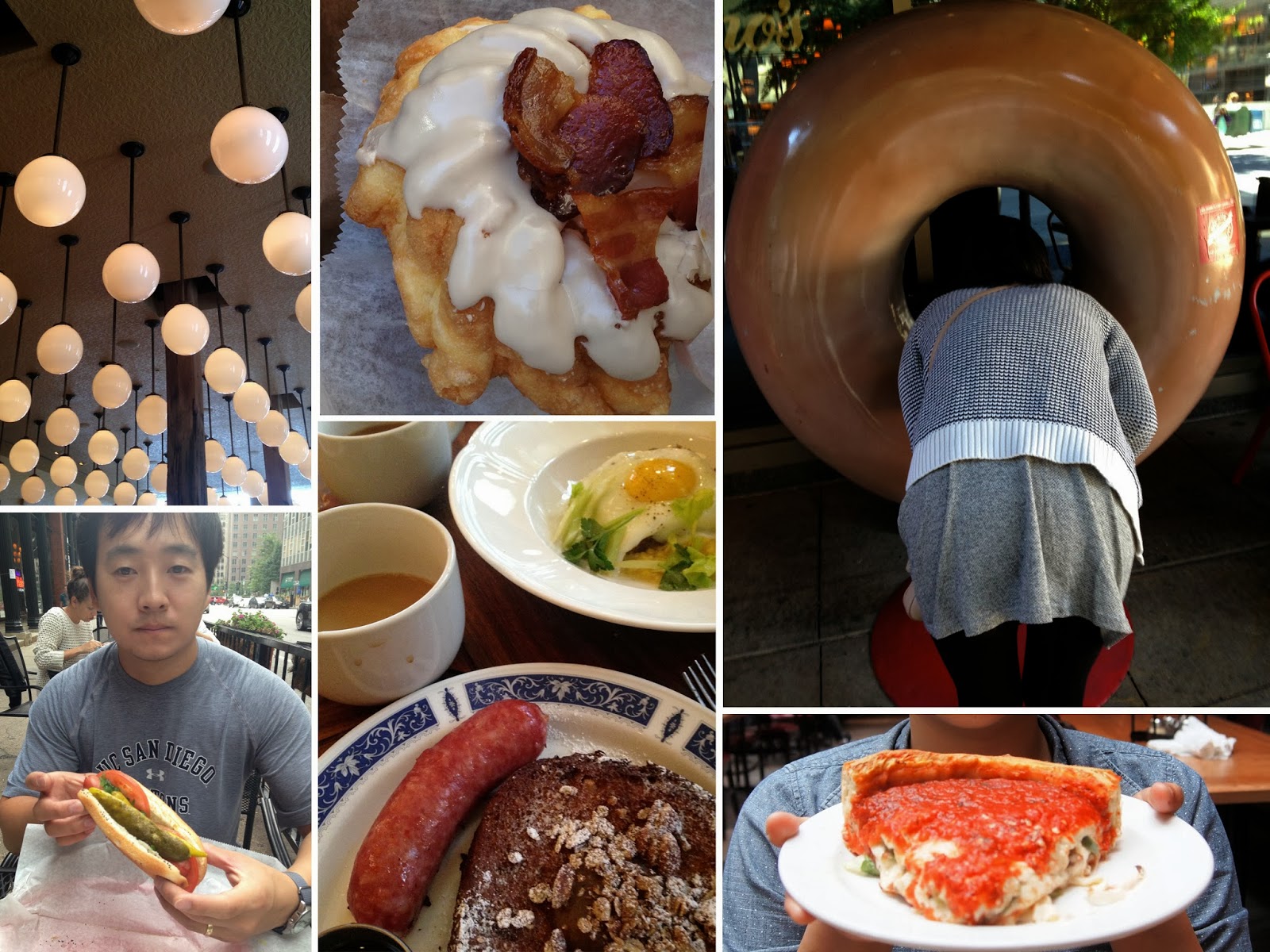 The food is Chicago is just so... filling!! Lots of American classics, and lots of it - just huge portions!!! We had to had deep dish pizza, and we had both Giordano's and the far superior Lou Malnati's. We had U.B. Dog bc the famed Hot Doug's was closed for renovations. We had a hipster lunch at The Publican where the food was worth the hype. My favorite meal of the entire trip was brunch with Ginnie at Marion Street Cheese Market in Oak Park. The food was amazingly good.

Chicago has a lot of great neighborhoods which I think we didn't fully explore. My favorite was Andersonville, where our newly transplanted friends live. I would want to go back just to explore that neighborhood. We stayed downtown at Hotel Allegro, and downtown really is the most convenient place to stay as a visitor.

And finally, I think the highlight of my trip was going to a taping of Wait Wait Don't Tell Me. Not only did I have the best seat in the house, but Carl Kasell said my name TWICE on AIR. YEEEE!!!!